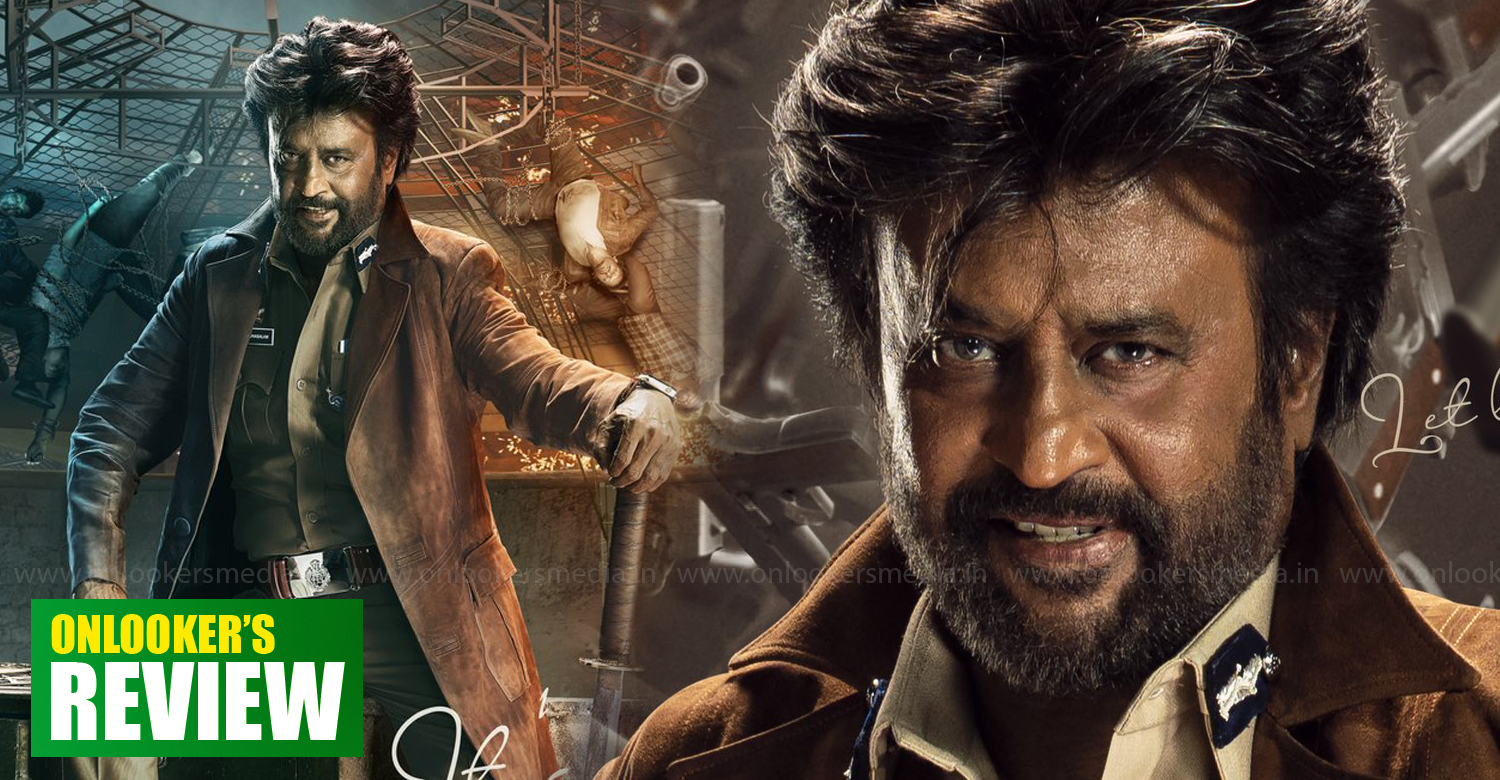 How often have we seen Rajinikanth lifting films just with his sheer presence. The AR Murugadoss directorial ‘Darbar’ is the most recent example. On paper, it has a decent screenplay with plenty of mass moments, stuffed in songs, a weak villain, an even weaker female lead and zero space for logic. But since Rajinikanth is at the centre of action, he makes sure that all eyes are glued on him and we hardly think about the other shortcomings.

So Aditya Arunchalam is a badass cop who is on a killing spree that sends chills down the biggest of dons in Mumbai. He is desperately on the look for someone. We are then taken to a flashback where we are shown how he landed in the city and who he is madly searching for. During his stint in Mumbai to wipe out the drug mafia, Aditya locks horns with some kingpins which throws his life upside down. How he overcomes a mental break-down and avenges for his loss is what the film is all about. Murugadoss’ screenplay has glimpses of some brainy episodes but not like those in ‘Thuppakki’, which is arguably his best film till date. Guess the director was more relaxed since he had Rajinikanth as the lead. It is like my hero is Rajini so people won’t prod over logic or anything. We do.

The 70-year-old man’s energy is awe-inspiring. Just take the example of him and Nayanthara dancing together. The lady tries hard to match but is found wanting in front of his sheer energy and style. He carries so much swag even in a casual walk that you can’t help but watch in awe. The man even dares to display his bare body and flex the muscles. However, some things are beyond his reach, like his enunciation, which has clearly been affected. It is an evident signs of aging. Knowing him, he might work on that and come out even better.

Ever since Neelambari of ‘Padayappa’, there has not been a single villain who has been able to stand up to Rajinikanth. Suniel Shetty’s Hari Chopra here hardly makes a claim despite all the build up he gets. Murugadoss was once known for sketching strong villain characters but of late, his writing has taken a severe hit. In an almost one-man show, only Nivetha Thomas managed to impress. The dad-daughter chemistry between her and Rajinikanth was wonderful. The tiny bits in the ‘Thara Maara’ song was lovely. Yogi Babu’s one-liners work and it was a pleasant surprise to see him take digs at Rajinikanth continuously, including his age. Nayanthara in ‘Darbar’ is just like Simran and Trisha in ‘Petta’. She hardly has anything to do except for that one mandatory song that came out of nowhere.

Santosh Sivan’s cinematography is rich, colourful and everything that a mass-masala entertainer that this demands. The veteran knows how to enhance the superstar with well placed bottom angle shots. Worth a mention are the intro fight sequence, the ‘Thani Vazhi’ segment and the impressive song-cum-fight sequence in railway station. Anirudh is an ideal choice for superstar films but his work in ‘Darbar’ is definitely not his best. The songs except ‘Chumma Kizhi’ and ‘Thani Vazhi’ don’t work. But that kickass ‘Thalaiva’ background score is worth all the roars. I wonder if he has given credits to Deva because that tune is straight out of the iconic ‘Annamalai’ score.

In a nutshell, ‘Darbar’ starts from where ‘Petta’ left in terms of ‘Rajinifying’ and how the storyline hardly has anything fresh to offer. It is nothing but the celebration of superstar and his glorified mannerisms.