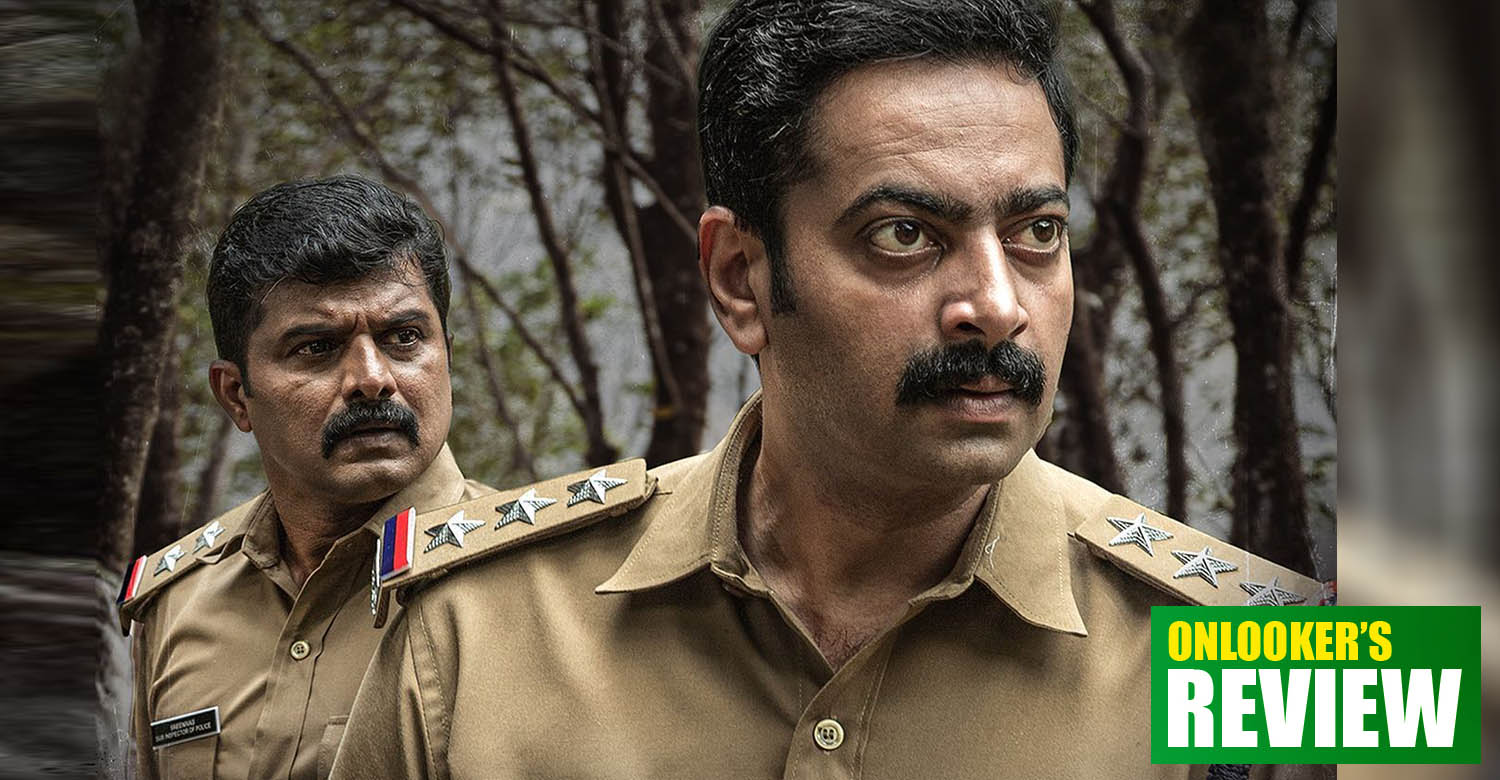 Of late, Malayalam cinema has seen a surge in thrillers. Antakshari is the latest entrant to the club. Written and directed by Vipin Das of ‘Mudhugauv’ fame, ‘Antakshari’ is a smartly made whodunnit thriller.

The film is set in a plantation area with only very few settlements. The atmosphere itself is eerie and perfect for a thriller of this nature.
Saiju Kurup plays the lead role of a local Circle Inspector named Das. He is obsessed with the game of Antakshari and makes the accused in his station sing songs continuously. One day, he receives a threat call from a stranger, who is also in Antakshari. Though Das dismisses it as some random anonymous call, things get serious after a murder attempt on his daughter. He along with his subordinate, played by Sudhi Kopp, try to find out the killer. While they initially assume it to be a case of personal vengeance, their investigation leads them to opening a can of worms. How they manage to crack the case and catch the culprit forms the rest of plot.

Antakshari is powered by some excellent writing. The film has multiple storylines and the timelines of these storylines aren’t established anywhere. It is only towards the end where the knots are untied that we get to realize the sequence of events. The film’s other biggest strength is its technical finesse. The atmospheric soundscape helps a great deal in conveying the thriller mode. Despite the fact that some scenes are predictable, it is the spooky sound design that amps up the thrill factor.

On the performance side, lead actor Saiju Kurup carries the film effortlessly on his shoulders. With his expressive eyes, the actor ensures that the character is safe in his hands. As his traumatized wife, Priyanka Nair also makes an impression. Binu Pappu, Sudhi Koppa, Sabareesh Varma, and Kottayam Ramesh are the other notable performers.

‘Antakshari’ has some flaws with regards to how ceratin storylines don’t get a proper closure. But the ambiguity also works in the film’s favour and intrigues one to ponder over and perhaps revisit it.