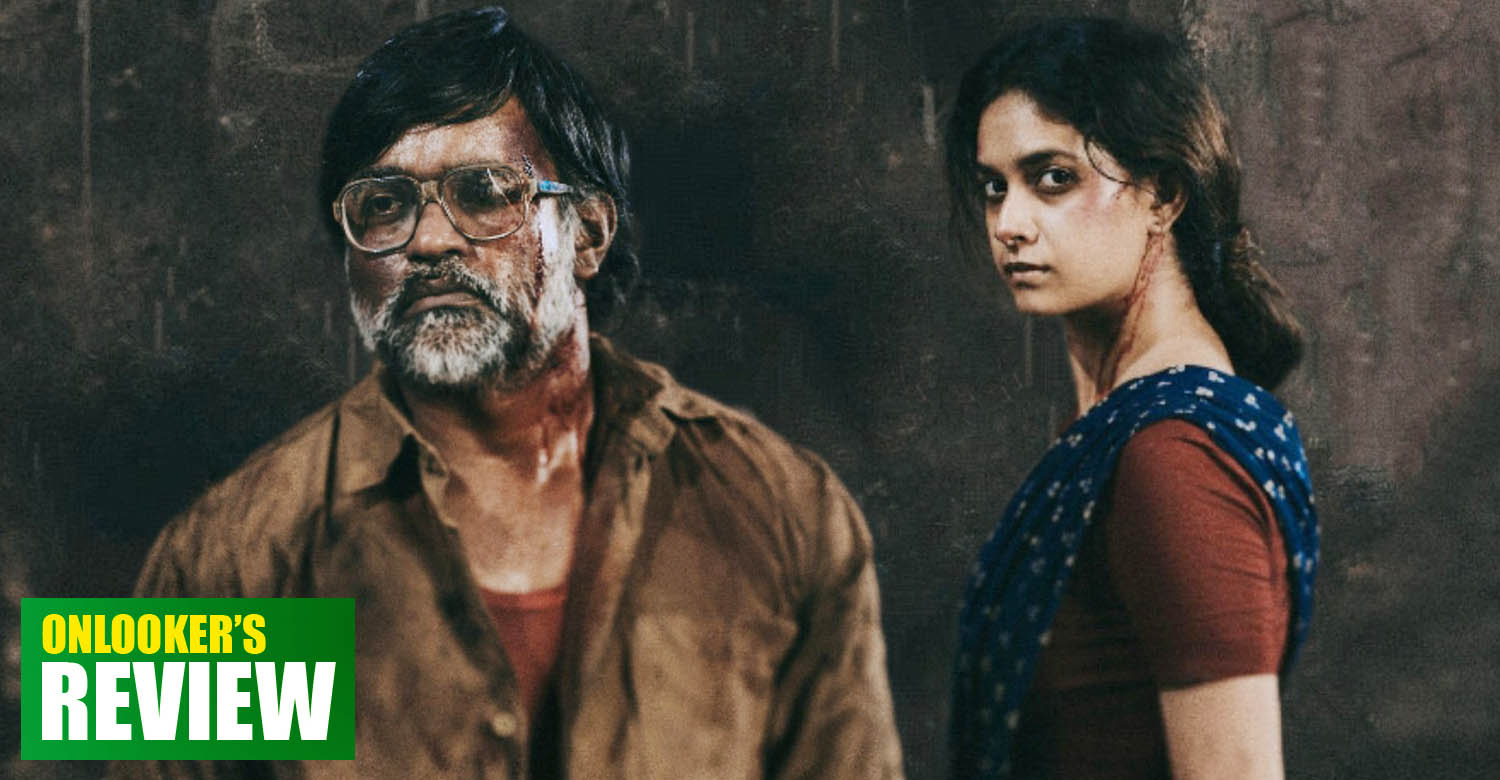 ‘Saani Kaayidham’ is the sophomore directorial of Arun Matheswaran, who made a noteworthy debut with ‘Rocky’ last year. In a sense, ‘Saani Kaayidham’ is an extension of ‘Rocky’ as both the films are driven by revenge, have high high on violence and bloodshed and are set in similar terrains.

The narrative of ‘Saani Kaayidham’, like ‘Rocky’, is divided into a multiple chapters. It begins with Ponni (Keerthy Suresh) and Sangiah (Selvaraghavan) murdering a woman in a remote dilapidated building. The woman is stabbed multiple times and is burnt alive before getting some crucial information from her. Thankfully, the violence is shot sensitively and not gorily.

As the film progresses, we learn that Ponni was a police constable, who had a husband and a school-going daughter. Sangiah is Ponni’s half-brother but she can’t stand the sight of him. When her lower-caste husband Maari gets into a tussle with his employers, they plan to finish him and his family. The upper-caste rogues brutally gang rape Ponni, while Maari and their daughter are killed by setting ablaze their house. When they escape prison with the help of a scheming cop and an advocate, Ponni and Sangiah vow to kill them all. What follows is a journey of brutal killings and bloodbath.

‘Saani Kaayidham’ is high on violence but Yamini Yagnamurthy’s cinematography is realistic and not intended to discomfort the viewer. Instead of full-blown gore, there are suggestions of sexual violence and scenes of blood shed. The film employs effective usage of minimal lighting, wide frames and monochrome shots.

Like in ‘Rocky’, Arun Matheswaran concentrates more on the visual grammar and falters on the writing part. The writing is basic and skims through the surface. The performers make up though. Keerthy Suresh and Selvaraghavan, who hog most of the screentime, are superb with their portrayals. This is easily Keerthy’s best after the National-award winning performance in ‘Mahanti’ and once again proves how brilliant a performer she is when in the hands of a right director. Selvaraghavan also gets his moments and his character’s kindness for the visually-impaired boy is heartening in what is otherwise an intense watch.

To put it short, ‘Saani Kaayidham’ is a gripping film that genre lovers would find bold and brave. Arun Matheswaran proves that he isn’t a one-film wonder and there’s more firepower in his arsenal.

Antakshari Review: A highly impressive whodunnit
Jana Gana Mana Review: Prithviraj and Suraj Venjaramoodu outperform each other in this preachy but important film
To Top