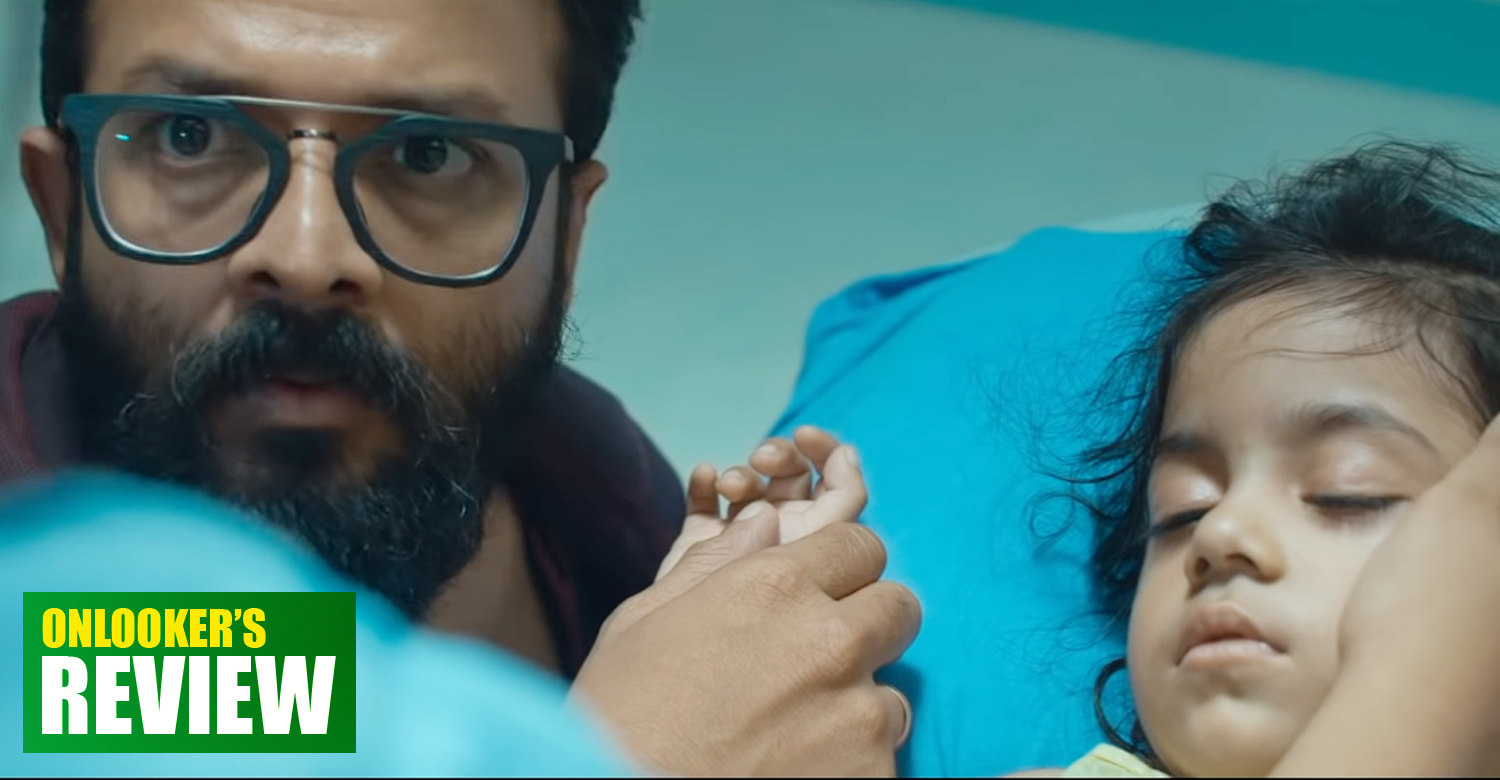 ‘Anveshanam’ opens with a kid who is severely injured in the head being rushed to the hospital. During the primary examination, the authorities smell something fishy that ends up in the involvement of the police force. The parents are in a spot of bother now. So the ball rolls within these three set of players – the parents, cops and the hospital authorities. Set in a limited space within a hospital and a very short timeframe, this film offers an engaging experience that often gets very emotional.

‘Anveshanam’ is the sophomore outing of director Prasobh Vijayan, who made his debut with the violent survival thriller ‘Lilli’. Coming to his second film, his making style is more refined and manages to keep you hooked. Francis Thomas has scripted the film with additional screenplay and dialogues by Ranjeet Kamala Sankar and Salil V. The film follows a non-linear pattern which keeps the guessing game on in what is otherwise an emotional drama. However, the attempts to give a fair picture about the chronology gets annoying after a point. ‘Anveshanam’ is powered by some excellent performances. Jayasurya and Shurthi Ramachandran as the couple in despair have done their parts well. The trauma they go through is convincingly portrayed. A particular sequence in the latter half where Jayasurya breaks down is sure to tug your heartstrings. Still it is Leona Lishoy as the pregnant police officer who is the most impressive among the cast. As an assertive, honest cop who seeks the truth, Leona was at her best. She is well supported by Nandu, as her subordinate, who gets the body language and mannerisms of an experienced policeman spot on.

Vijay Babu was also able to display a commendable performance. Worth a mention is an extremely emotional scene involving him and Jayasurya where he sadly gets a raw deal. The camera is completely focused on the latter’s face thereby losing out on Vijay Babu’s expressions. Lena, Srikanth Murali, Jai Vishnu, Lal and Shaju Sreedhar have also done justice to their roles. Sujith Vassudev’s cinematography felt odd at several points. The song that rolls along with the title credits has been shot in an unique manner. Towards the end, if you see their choice does make sense. It is done as a sort of foreshadowing. There are also multiple moments where the camera keeps moving during tense conversations which kind of lessens the impact. Jakes Bejoy’s background score helps in amplifying the gripping factor.

In a nutshell, ‘Anveshanam’, which has a run time of just under two hours, is definitely worth a watch. Without getting preachy, the film also conveys a very important message.