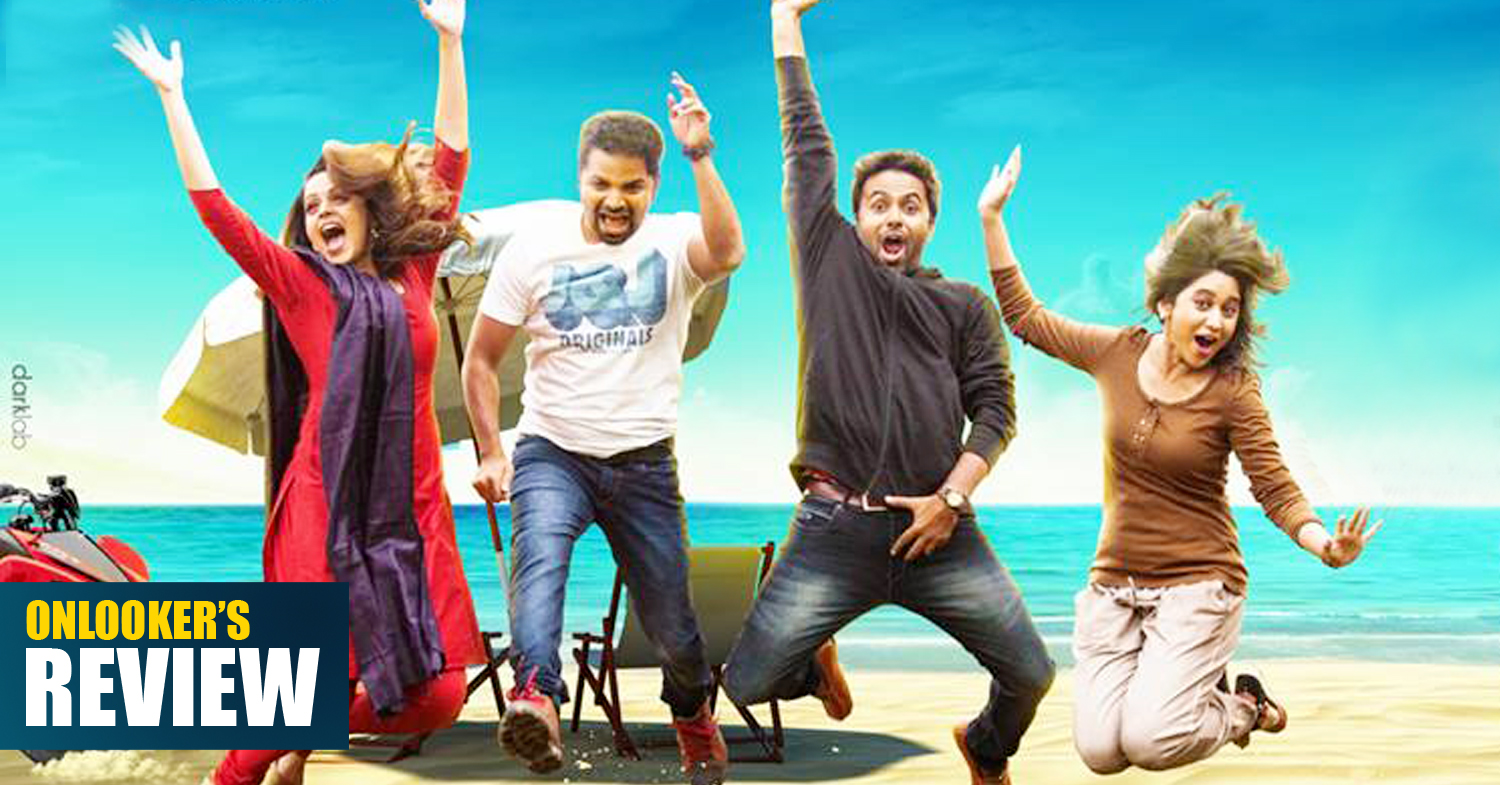 Hello Namasthe is the new release of Mollywood which came this Friday and it is came from a debutant director named Jayan K Nair. The film had a very cool and great star cast which includes popular artists like Vinay Fort, Soubin Shaheer, Aju Varghese, Joju George, Bhavana, Mia George, Sanju Sivaram, Mukesh, Muthumani, P Balachandran etc. The film had attracted the audience with its trailer also with its colourful promo posters and songs even before the release. The film has been produced by Dr. Freemu Varghese under the banner of Freedia Entertainments.

The film deals with the life of two friends who are colleagues as well. It about their friendship, work and their family as well. Vinay Fort and Sanju Sivaram playing the lead in the film and they are playing two radio Jockies named Madhav and Jerry. Madhav is married to Priya played by Bhavana and Jerry is married to Anna played by Mia George. They were all leading a happy life with all youthful energy they have. But a strange situation related to a jackfruit tree in which they landed had created some conflicts in their life and the film shows how they really solves that situation.

A poor screenplay and rather poorer direction is just killed the film. The plot is a kind of strange one and they presented it in a way just like some comedy television serials. Most of the funny part in the film failed miserably to make the audience laugh and that itself sealed the fate of the film which came claiming as a comedy entertainer. Music given by Masala Coffee and  Deepankuran was just raised to an average level only and was not very pleasing to the ears. Same is the case with background music as well at many places. DOP was handled by P Sukumar and he had done a decent job. On

On performance side, all artists had done only an average job. Vinay Fort and Sanju Sivaram tried to present Madhav and Jerry convincingly, but they were not really up to the mark. Soubin Shaheer again got applause from the audience with his own unique style of dialogue delivery and the one liners of him was received well by the viewers. Joju George, Mukesh, Aju Varghese etc does not have much depth in their characters but they had done their roles without making us feel disappointed. Bhavana and Mia george who played the female leads also failed to impress. The screenplay does not provided them a wide range of emotions to portray on screen, they had only maneged to look charming and nothing more than that.

On the whole, Hello Namasthe is an unbearable movie which will waste your time and money apart from making you curse yourself for entering the cinema hall.