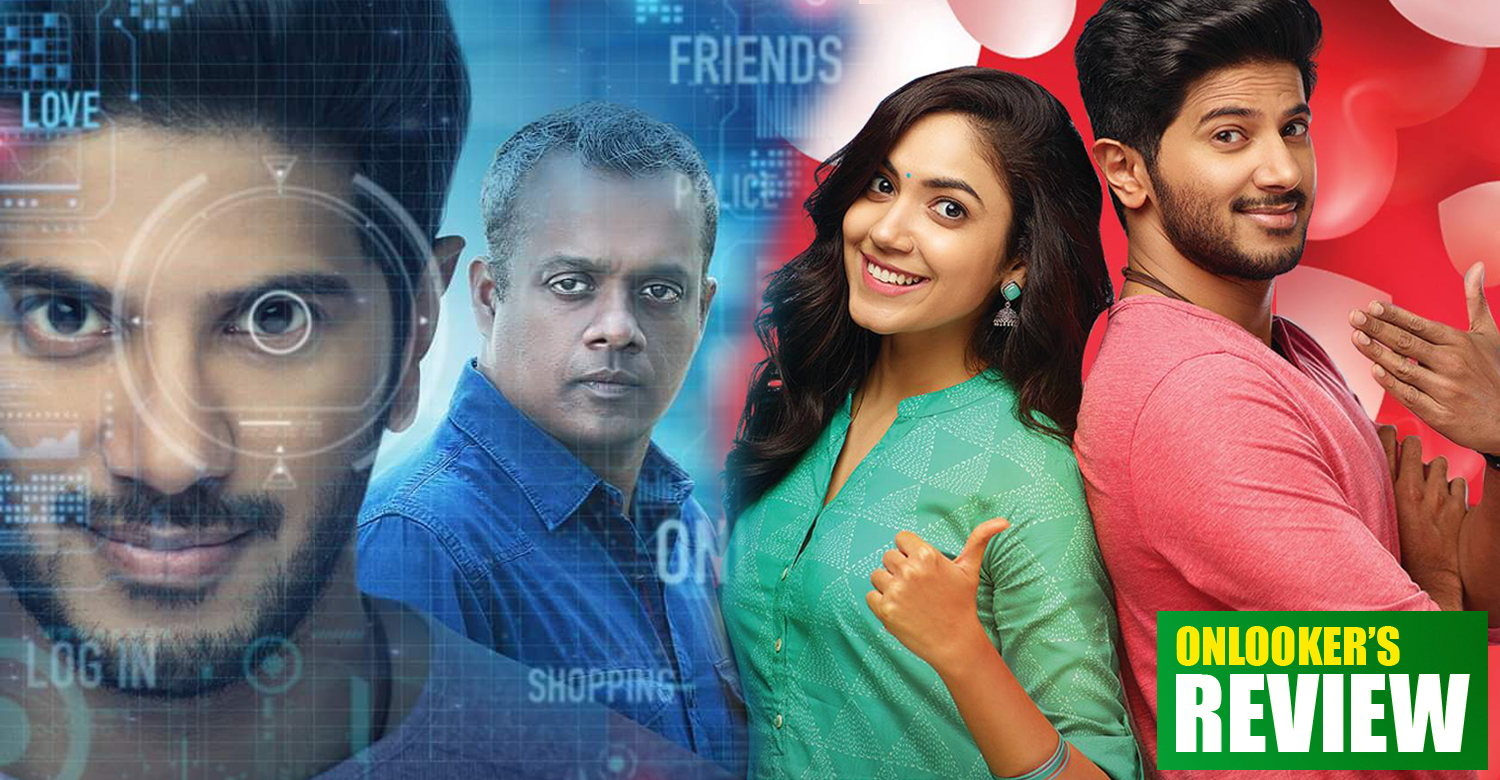 ‘Kannum Kannum Kollaiyadithaal’ starts off on a very ordinary note. We are introduced to two carefree youngsters who are into partying and stuff. Of course, one of them is our hero Sid (Dulquer Salmaan) and the other is the typical sidekick (Rakshan). Hero meets his girl, falls in love instantly and before you know, comes that mandatory love song where the couple is shown romancing around.

Just when I thought this is turning out to be a generic rom-com, comes the interesting part. With the introduction of a cop on trail, the film takes some twists and turns to land on a totally unexpected interval block. The second half then moves at a brisk pace and hardly gives any breathing space for the audience to think about the logic behind some of the scenes. The story moves from Chennai to Goa to Delhi and finally ends somewhere in Manipur. Though the run-time is a tad too long, eventually, the film ends on a hilarious note giving an overall satisfying feel. Although the character does not pose any real challenge, Dulquer Salmaan was still at his charming best. His stylish looks and innate urbane attitude suits the character perfectly. Rakshan, who plays his buddy had a full-length role to play unlike the usual sidekick characters. He was good in bits and pieces but mostly annoying. However, one of the best scenes in the film belongs to him when he does the hilarious ‘Thalapathi’ spoof.

Ritu Varma’s dialogues and the way her character was established in the first half were all pure cringe. In hindsight, it was like director Desingh Periyasamy wanted to take a jibe on how heroines are usually portrayed in commercial Tamil films. Ritu actually had a solid character in the film and with the kind of talent she possesses, she simply owned it.

Another major role in the film is played by ace filmmaker Gautham Vasudev Menon. As the fit and dapper cop Prathap Chakravarthy, GVM was too good. The introduction he gets itself is like a hat tip to the iconic cop characters from his own films. He is such a sport to take up this role and you’ll know why when you watch the film. ‘Kannum Kannum Kollaiyadithaal’ has some real good writing. Writer-director Desingh Periyasamy must have done a lot of research to get into the nuances of all the high-tech robbery. A heist film works only when you show a lot of innovative ideas and this film has plenty of them. Towards the end, when things all seem to turn out as expected, the director has one last trick up his sleeve and he employs it cleverly to give a hilarious finish.

It is not like ‘Kannum Kannum Kollaiyadithaal’ is a flawless film. The first 20-minutes or so is real bland. While the production values are top class, the tendency to establish a particular locality by repeatedly using the drone shot could have been avoided. The songs composed by Masala Coffee were fun and in sync with the fun mood of the film. Overall, ‘Kannum Kannum Kollaiyadithaal’ is one of those jolly films that is totally worth the time and money. You can sit back, engage yourself, have a hearty laugh and leave the cinema hall with a pleasantly fulfilling feel.

Ayyappanum Koshiyum Review: Biju Menon and Prithviraj pull off terrific acts in this unusual mass entertainer
C U Soon Review: Mahesh Narayanan and team come up with a path-breaking film!
To Top