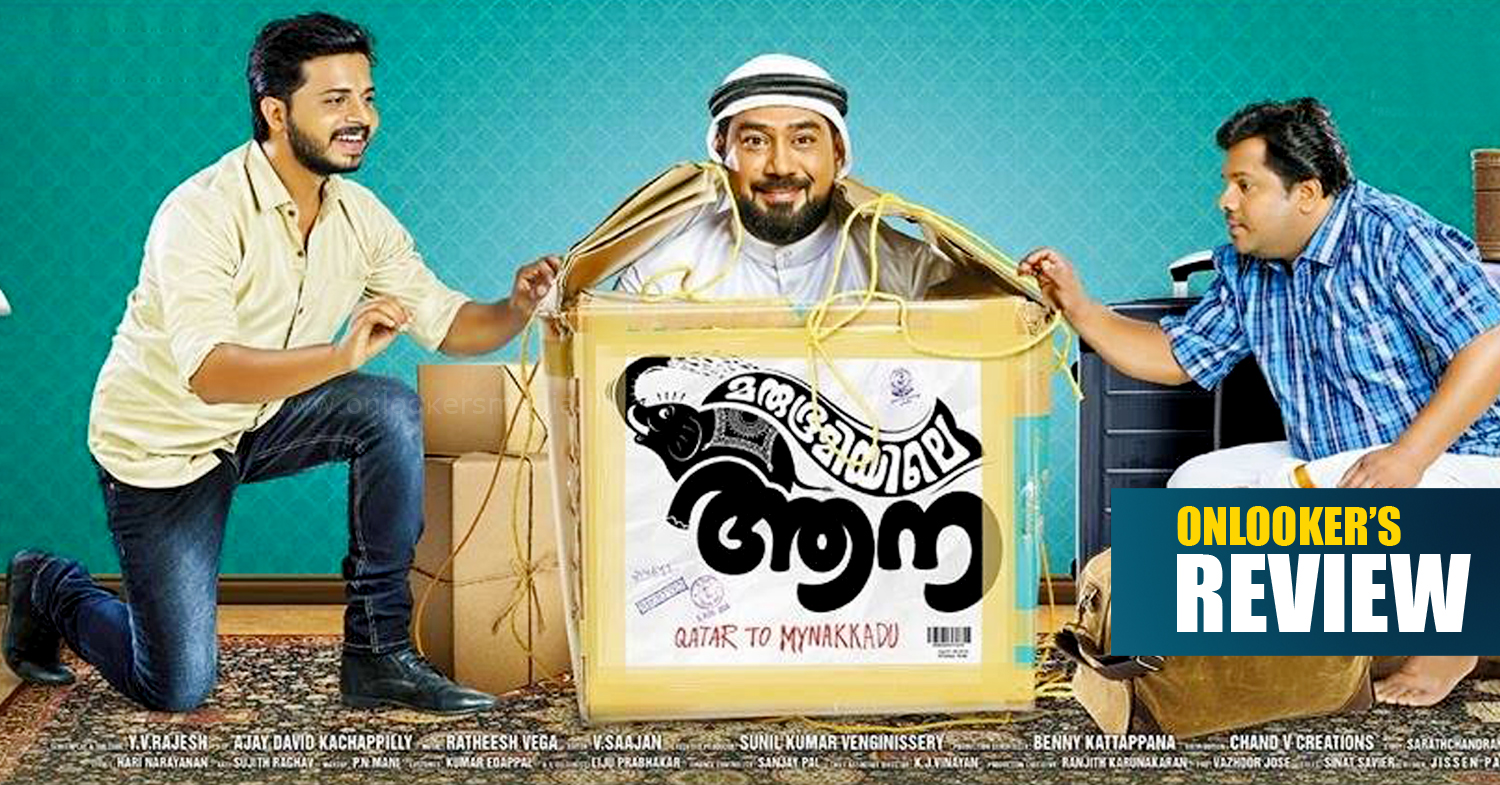 Marubhoomiyile Aana is one of the major releases in Mollywood today and it had hit 93 screens here in all over Kerala . The flick has been directed by popular film maker VK Prakash and written by YV Rajesh. Popular actor Biju Menon had played the male lead in this movie which was produced by famous producer here in Mollywood, David Kachappilly. He had bankrolled this project under the banner of David Kachappilly Productions. The film had got the attention of the audience before its release itself through a hilarious trailer and also through a decent song video from it.

The film begins with the murder of a Malayali businessmen named Joy at Qatar. The plot of the movie revolves around an Indian Born Malayali Sheikh played by Biju Menon and the character played by Krishna Shankar named Suku. His father has been cheated by Kamalan played by Lalu Alex. Suku is in love with Kamalan’s daughter Keerthi. In order to get her and also to save his home from Kamalan, he smuggled something to Qatar. There he meets a Sheikh played by Biju Menon. On the way back to Kerala, he again meets the sheikh in the flight and decide to use him to make some money.

VK Prakash had given us some different movies in his career till now and he always love to conceive unique stories. This movie possess such a different storyline, but the director had failed to present the plot before us in a decent manner. The situations in the story felt clumsy and unconvincing. The writer and director never managed to present it in an interesting manner. They narration lacks pace and it made the audience to yawn inside the cinema hall. Some of the dialogues were hilarious, but most of them failed to generate any laughter.

The screenplay was below average from YV Rajesh. At many parts, it looked silly as well. VK Prakash tried to hold it all together. But failed miserably to make any impact. The performances from artists is the one point which made this movie a watchable one at parts. Biju Menon was hilarious. His dialogue delivery style was really stupendous and it was his performance that become the backbone of the narration of this plot.

Artists like Balu Varghese, Krishna Shankar, Harish Kanaran, Lalu Alex, Saju Navodaya, Samskrithi Shenoy, Rosin, Major Ravi, Sunil Sugatha etc also done a very good job in the movie. The DOP of this movie is Ajay David Kachappilly and he had impressed with his camera work. The frames were good for the theme of this movie. Music was composed by Ratheesh Vega and it was nit at all upto the mark. Lijo Paul edited the flick and he had done a decent job.

On the whole, Marubhoomiyile Aana is failed to impress the audience and it is more or less like a wasting your valuable time and money.