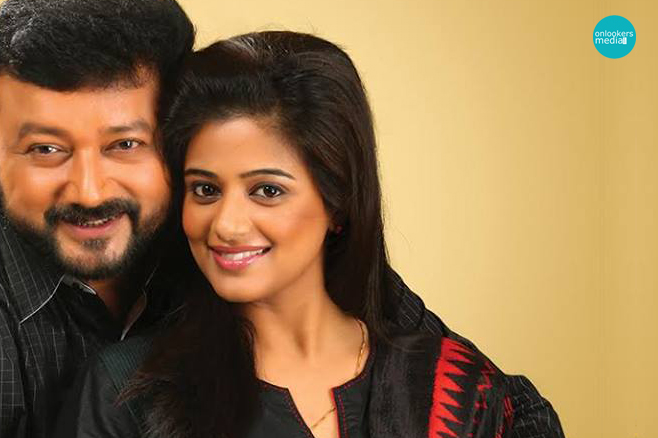 Sibi Malayil has earned a distinction among the directors for presenting valuable message through his movies. He is back with the movie Njangalude Veettile Adhithikal after an interval. The movie has Jayaram aand Priyamani in the lead roles. They are supported by the actors such as Lena, Narain Innocent, Kalabhavan Shajon, KPAC Lalitha, Sreerag Nambiar and the others.

The movie deals with the problems in the marriage caused due to the lack of understanding and trust. Advocate Manoj (which is played by Jayaram) is extremely pragmatic in his attitude towards life and gives undue importance to money. But his wife Bhavana (played by Priyamani) has exactly the opposite views on life that relies too much on books and has slightly dramatic concepts when it comes to life. Their contrasting personalities generate issues in their family life.

The only connecting factor between the couple is their daughter. Their inability to understand each others sows the seeds of insecurity in the mind of Bhavana.  Her insecurity takes a monstrous shape when they lose their daughter in an accident. She becomes somewhat convinced that her husband has been cheating on her and her unhappiness with her husband is intensified by Maya (which is played by Lena) who is alarmingly prejudiced against men.   The feeling of emptiness produced by the death of her daughter and precarious relationship with husband fosters her to do something quite shocking.   In the mean time, two strangers make an entrance to their, Rajan (played by Kalabhavan Shajon) and Raj (played by Narain) who provide the plot with a change in direction. The movie becomes more like a psychological thriller in the second half.

Expectations are always high for the Sibi Malayail but the movie cannot claim to have exceeded the expectations. The plot in general is an average one and has hardly anything new to offer. This may have something to do with the weak script which lacks insight and vigourousness. Even the psychological journey of  Bhavana goes downhill despite of having a solid introduction.

Jayaram does not have anything challenging to do in the movie but gives his best to the character. Priyamani puts on a fine performance in the movie as well.  How, it is Kalabhavan Shajon who steals the show with his performance but it is slightly blemished by the poor development of his character. Innocent, Narain and KPAC Lalitha meet up with the demands of the character. The fim is definitely unsatisfactory when rated on the usual Sibi Malayail standard.