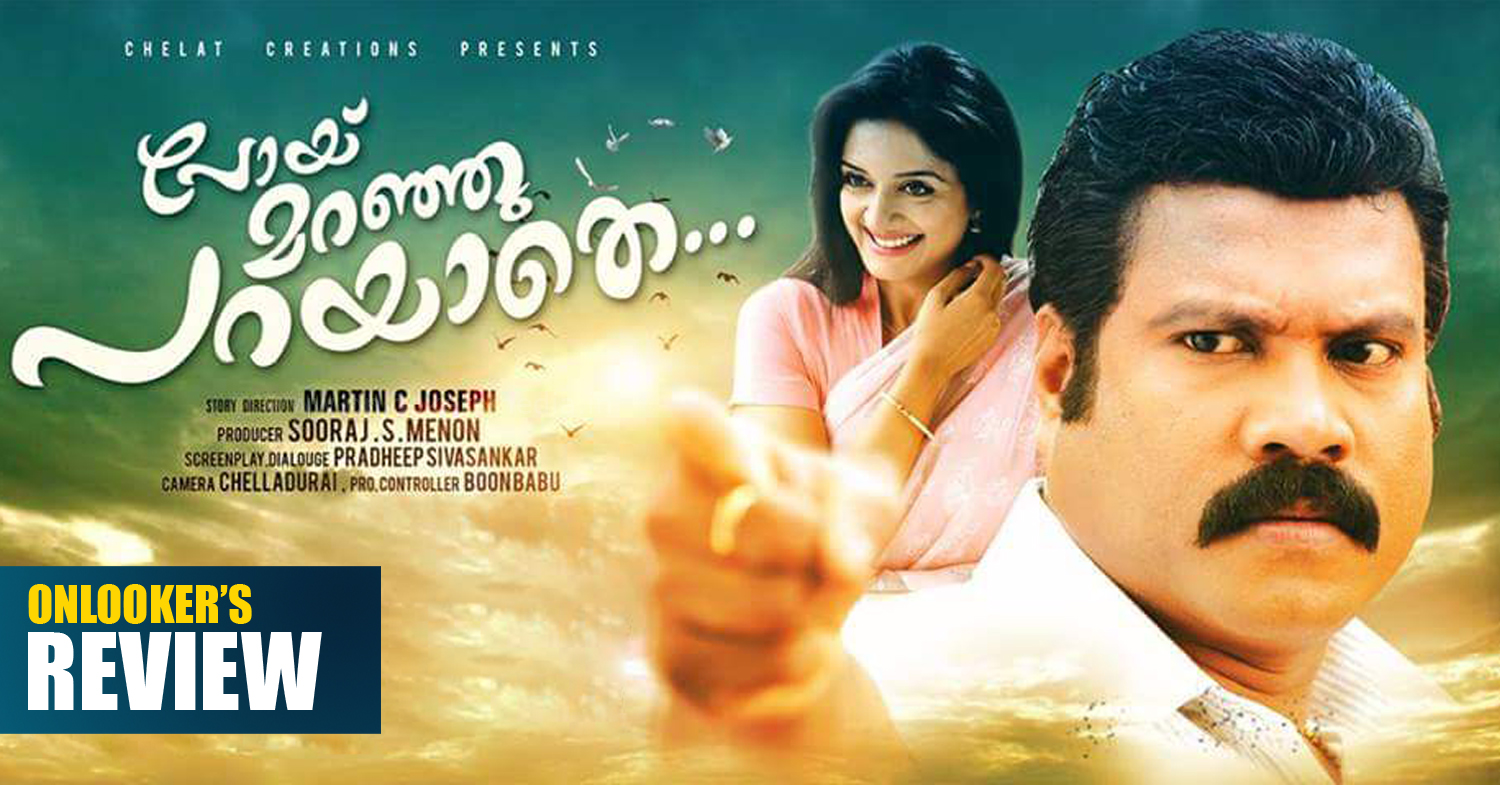 Poi Maranju Parayathe is the film released on this Thursday in Mollywood. The film had released with the claim that it is the last film of late actor Kalabhavan Mani. Earlier another film named Yathra Chodikkathe also released with the same claim here in Mollywood and ended up as a disaster. Martin C Joseph had directed this film and the main characters in this film is played by artists like Gautham, Maqbool Salman, Kalabhavan Mani, Babu Raj, Vimala Raman etc. The film is of 129 minutes length and it is a family drama. Pradheep Sivasankar had wrote the screenplay of this movie.

This film had completed its filming in 2012. But the flick not got the chance to hit the screens. The title of the film at that time was Turning Point. After the death of Kalabhavan Mani, they changed the title and released the film using his name. The plot of this movie revolves around the unnatural deaths and murders that happened in an ancient home in Kerala. After 20 years some other incidents happens related to those events that had happened in the past. The film progresses from there. First thing first. The director had failed miserably to hold the audience glued to their seats. The screenplay was very weak without any purpose and there is nothing in the movie which can keep the audience engaged. It was like insulting some good actors by making them portray some terrible characters. Even the technical side was total failure. Editing was poor as there was no connection and continuity between scenes. Camera work was also not up to the mark. The only plus point was a song sung by Kalabhavan Mani, which was tuned by Vidhyadharan Master.

The film lags a lot and it will test your patients for sure. They had tried to tell the story in the background of some superstitions and wrong rituals that has been prevalent in our society. But nothing had reached to the mind of the audience due to the poor narration and unimaginative direction. Dialogues will make you remember some Television serials as well. The performances from actors also too bad. Gautham who played Vinayan and Maqbool Salman who played the character Jo were really struggled to make their characters convincing with their performance. Even Kalabhavan Mani was not at his best playing the character named Rahulan Master. Vimala Raman’s performance was too artificial as well. Other artists like Mala Aravindan, Urmila UnnI, Babu Raj, Lakshmi Sharma, Kalashala Babu, Kulappulli Leela, Kaviyoor Ponnamma, Meghanathan etc were done whatever they got decently.

On the whole, Poi Maranju Parayathe is a disastrous attempt to make a horror family thriller. They tried to include elements like romance, revenge etc as well to make it more entertaining. But the poor screenplay and bad direction had made it a futile effort. They showed the videos from Kalabhavan Mani’s cremation after the interval of the film. It was more or less insulting Kalabhavan Mani and trying to cash in on the sentiments that Malayalees had towards Kalabhavan Mani.