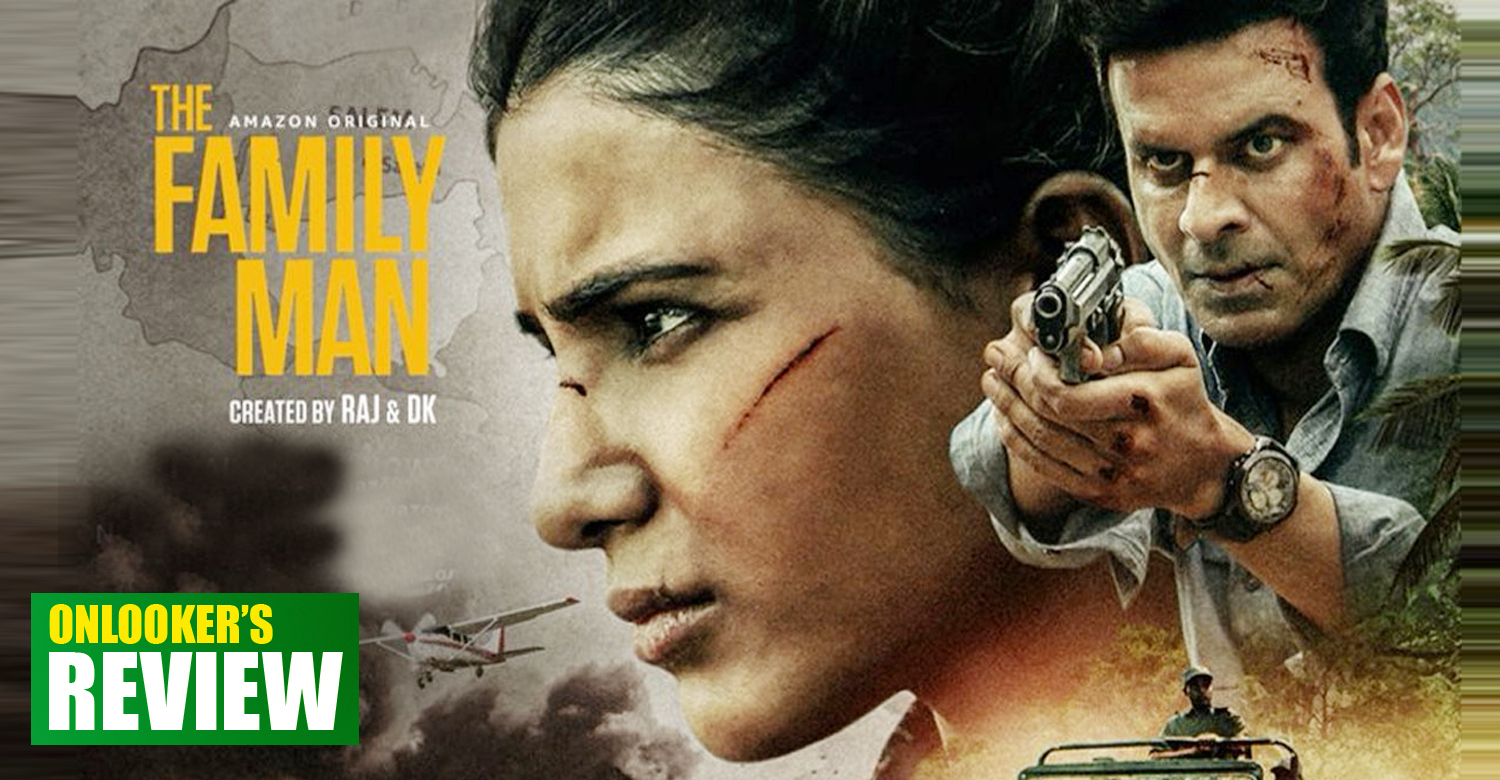 After all the waiting, the second season of Amazon Prime’s hit show ‘The Family Man’ is finally out. This new season comprising of 9 episodes is thoroughly engaging and makes way for a perfect binge-watch on a Saturday night. It is safe to say that Raj and DK, the brains behind the show, have once again set the bar high.

The success of the first season of ‘The Family Man’ is attributed to the fact that it appeals well with the Indian middle class. Apart from all the thrills and action, there is a relatable family narrative running in parallel and that makes the series an unique one. Coming to the second season, the threat is bigger as two evil forces join hands to attack the nation and the protagonist Srikant Tiwari’s family life is also falling part despite his honest efforts to it keep it steady. Does he manage to thwart the attacks and also hold together his family is what the new season is about.

In this installment, the core plot begins when the Tamil rebels join hands with ISI to assassinate India’s Prime Minister. A lot has already been spoken about the portrayal of the Tamil rebels (read LTTE) with many calling for banning the show. But if you watch the series, it is quite evident that the makers have been extremely sensitive and cautious with the portrayal of the rebels. Unlike how it is alleged, it is not the rebel organization that teams up with ISI. Only a few members from the organization resort to terrorism. While Azhagam Perumal’s Deepen and his men believe in dialogue, it is Bhaskaran (Mime Gopi) and his faction who are brainwashed to join hands with the ISI.

Moreover, ample time is invested to narrate the struggles and discrimination faced by the Tamils in Sri Lanka. Samantha’s character Raji is deftly sketched as it never falls into the evil shade. Though she is the prime antagonist in the series, we, the audience, get to feel some sort of an empathy towards her. It also has to do with the talented actress’s performance as she sinks her teeth deep into the character. Since Raji doesn’t express much, Samantha channels all her energy into the action sequences. As a trained fighter, she appears ferocious and violent.

Manoj Bajpayee is excellent as always switching effortlessly as the family man and daredevil agent. He simply aces it with his amazing comic timing with that deadpan face. Sarcasm is Tiwari’s forte and it hasn’t gone inch down in the second season as well. The initial scenes featuring him as a frustrated corporate employee offers great comic relief. A classic example of Bajpayee’s acting masterclass is during the interrogation scene featuring him and Samantha. By now, we are aware of Tiwari’s ability to lie at the drop of a hat, but we are still tricked into a situation where we are forced to start thinking, is this really a true story or just another cooked up one. Bajpayee makes it so convincing with his voice modulations. The makers have also got the husband-wife dynamics spot on with the chemistry b/w Bajpayee and Priya Mani working superbly yet again. Their conversation scenes with the psychiatrist and at the restaurant are also wonderfully written.

While the first season constituted of mainly Hindi and English dialogues, Tamil becomes a major part this time. The authenticity is further maintained by casting actual Tamil actors, which is a welcome change. The actor who played the role of Muthu became an instant favorite and one can’t help but wish that he is retained for the next season. Chellam is another fascinating character that deserves a spin-off. Everytime there’s a roadblock, appears Chellam who’s got the solution, which becomes very convenient for the writers. The characters JK, Milind, Sajid, Selva, Dhriti and Salman also get good space and the actors play their parts effectively.

The show has several memorable scenes but two among them stand out for the action choreography – the shootout at the police station and the whole climax stretch. Both these sequences appear to be single shots. Even if there are cuts, they seem to be seamlessly stitched to make it an immersive experience.

The series ends by planting a seed for the next season. The third season, set in the post-pandemic world, is in all probability a sureshot blockbuster as Tiwary and his men will be taking on the Chinese next.