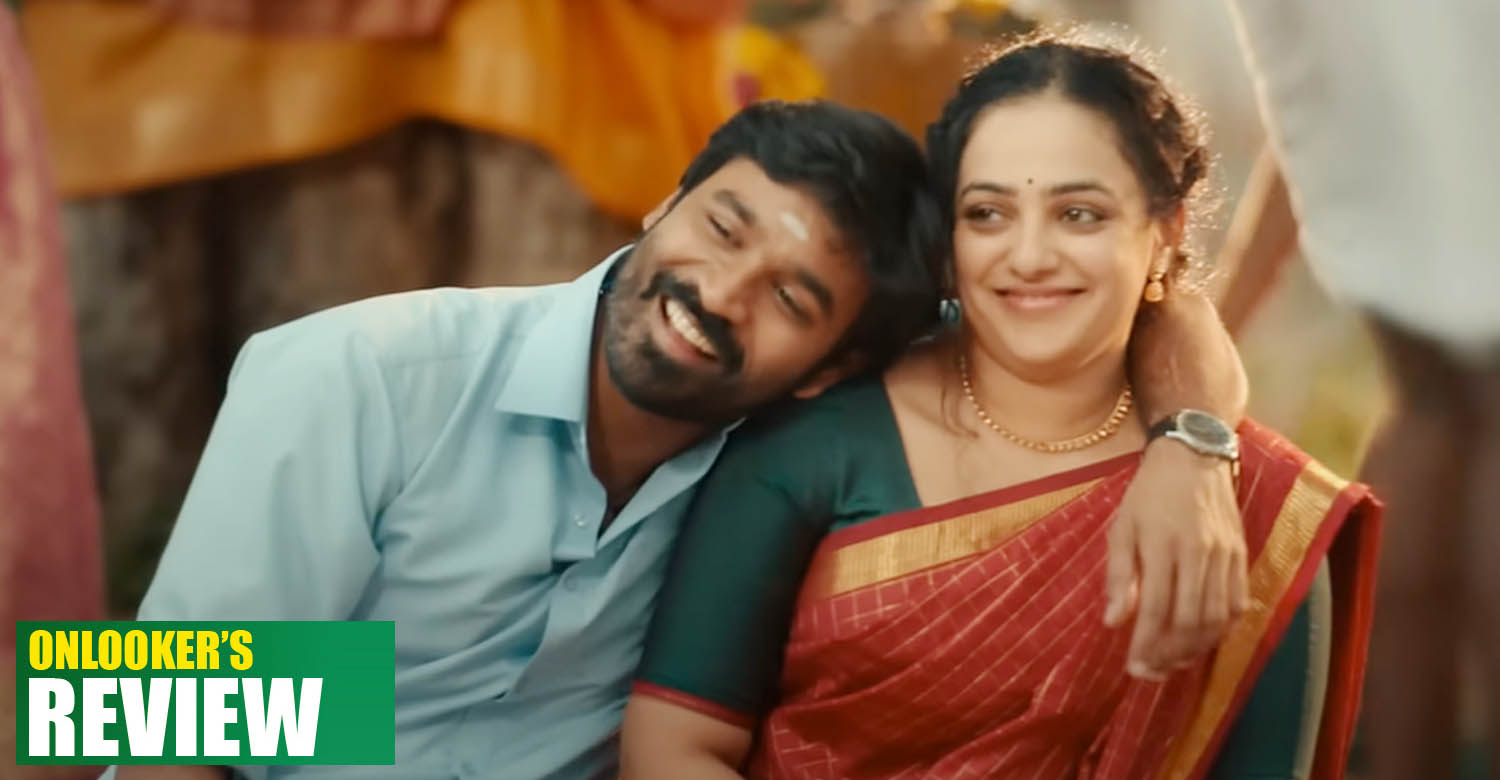 Tamil cinema today is mostly after masala potboilers, crime thrillers or real-life based serious films. There is a big void in the feel-good entertainer space and that’s where ‘Thiruchitrambalam’ finds it place. It is one of those films that will give a satisfying, comforting feel once the end credits roll.

After a string of over-the-top hero roles, ‘Thiruchitrambalam’ brings back Dhanush to the relatable, guy-next-door role. He plays the titular role of a food delivery agent. He lives with his father, a cop, and grandfather, who is also named Thiruchitrambalam. Often called Pazham, Dhanush’s character has shades of VIP’s Raghuvaran and Yaaradi Nee Mohini’s Vasu. He is your average, middle-class youth who has a beer or two on weekends, isn’t aware of the dating culture and is still in search of his soulmate. A personal tragedy also affects his relationship with his father. His only friend is Shobhana, his neighbour whom he has known from childhood. The film follows Pazham’s life, how he navigates through a couple of rejections to finally unite with the love of his life.

‘Thiruchitrambalam’ is powered by excellent performances. The film has four main actors — Dhanush, Nithya Menen, Prakash Raj and Bharathiraja. All four of them excel in their roles and make it relatable to the audience. While it’s a cake walk for Dhanush, Nithya Menen is the film’s surprise package. Though the actress is known for delivering brilliant performances, here she brings a certain charm and playfulness that lends so much life to the film. As Shobhana, Nithya gets a full-length role alongside Dhanush and she manages to outshine him in a few portions. Their dance combination in the songs — ‘Megham Karukatha’ and ‘Thaai Kelavi’ are quite a treat to watch. Raashi Khanna and Priya Bhavani Shankar also essay brief roles in the film and they are effective as well.

Director Mithran Jawahar, who is known for helming many hit remake films, has delivered a wonderful original film this time. As they say, beauty lies in simplicity and ‘Thiruchithrambalam’ is a testament for it. It’s a grounded, self-aware film that offers a delightful experience appealing to all sections of the audience.

Laal Singh Chaddha Review: A heartwarming tale of love and hope
Cobra Movie Review: An ambitious and convoluted film that fails to impress
To Top