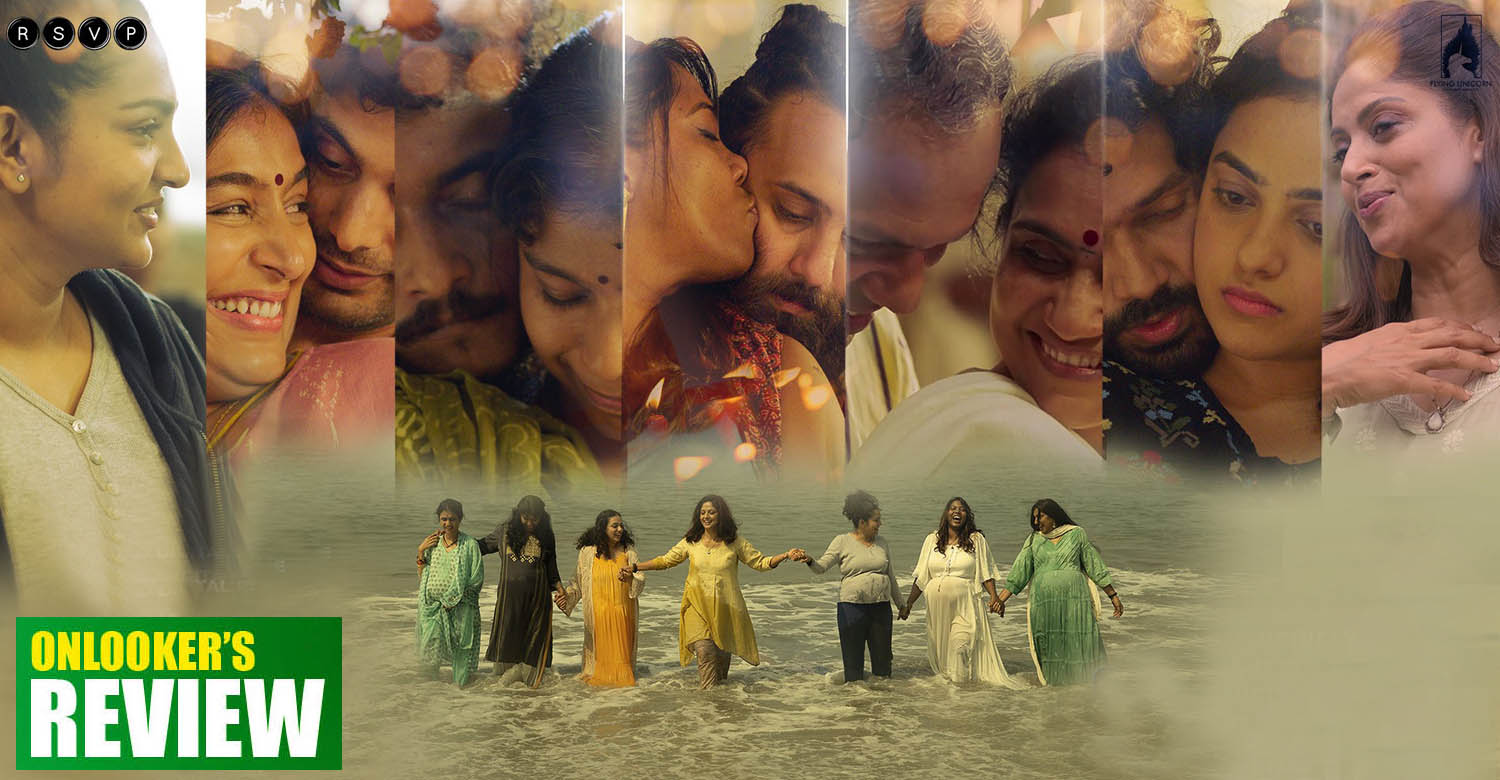 Wonder Women Review: Anjali Menon’s latest is of an awareness video than a film

Anjali Menon’s works have all been about relationships. ‘Manjadikuru’ was the story of a big extended family and their dynamics told from the perspective of a young boy. ‘Ustad Hotel’, which she scripted, was about a heartwarming bond a carefree youngster shared with his grandfather. ‘Bangalore Days’ was about a bunch of cousins, while ‘Koode’ primarily dealt with a brother-sister relationship. In ‘Wonder Women’, the director attempts to explore the sisterhood and camaraderie between a group of pregnant ladies who get to know each other at a prenatal class.

Nora Joseph (Nithya Menen), Mini (Parvathy Thiruvothu), Krishnaveni (Padmapriya Janakiraman), Saya (Sayanora Philip), and Jaya (Amruta Subhash) meet at ‘Sumana’, a prenatal centre owned by Nandita (Nadiya Moidu). Her help Gracy (Archana Padmini), who is also pregnant with her second child, join them in the classes. Most of the narrative is centered around educating them (and the audience) about the myths and misconceptions in pregnancy, listen to their body, how to get over their fears and embrace motherhood.

In just around 80 minutes, ‘Wonder Women’ feels more like an awareness video than a film. It doesn’t have any conflicts or character arcs. The plot is shallow and relies more on moments than well-written scenes. It’s as if the primary objective was to spread awareness and of course, smiles. There’s a cheerfulness throughout which Anjali achieves with her charming actors, and Govind Vasantha’s soulful music.

Each of the ladies in the film face some sort of an internal conflict. Saya, a rebel, as she likes to call herself, is cold towards her affectionate and over-supportive boyfriend. Veni’s husband is the average Indian male who has no clue about pregnancy, and prefers to leave it to his wife and mother. Nora’s husband is focussed on his career and is upset about why she chooses to overlook her work and passion ever since becoming pregnant. Mini has just filed divorced because her husband doesn’t want the baby. She is anxious about being single and to hide this, she’s rude towards others. Jaya is tensed and extremely cautious as had multiple miscarriages. Gracy is cash-strapped. All these prospective mothers are united by Nandita, who lost her child on birth. The problem with the film is none of these stories are explored in depth despite having great potential. It hardly skims through the surface and that’s it. This is why ‘Wonder Women’ becomes a disappointment inspite of all the happy moments in it.