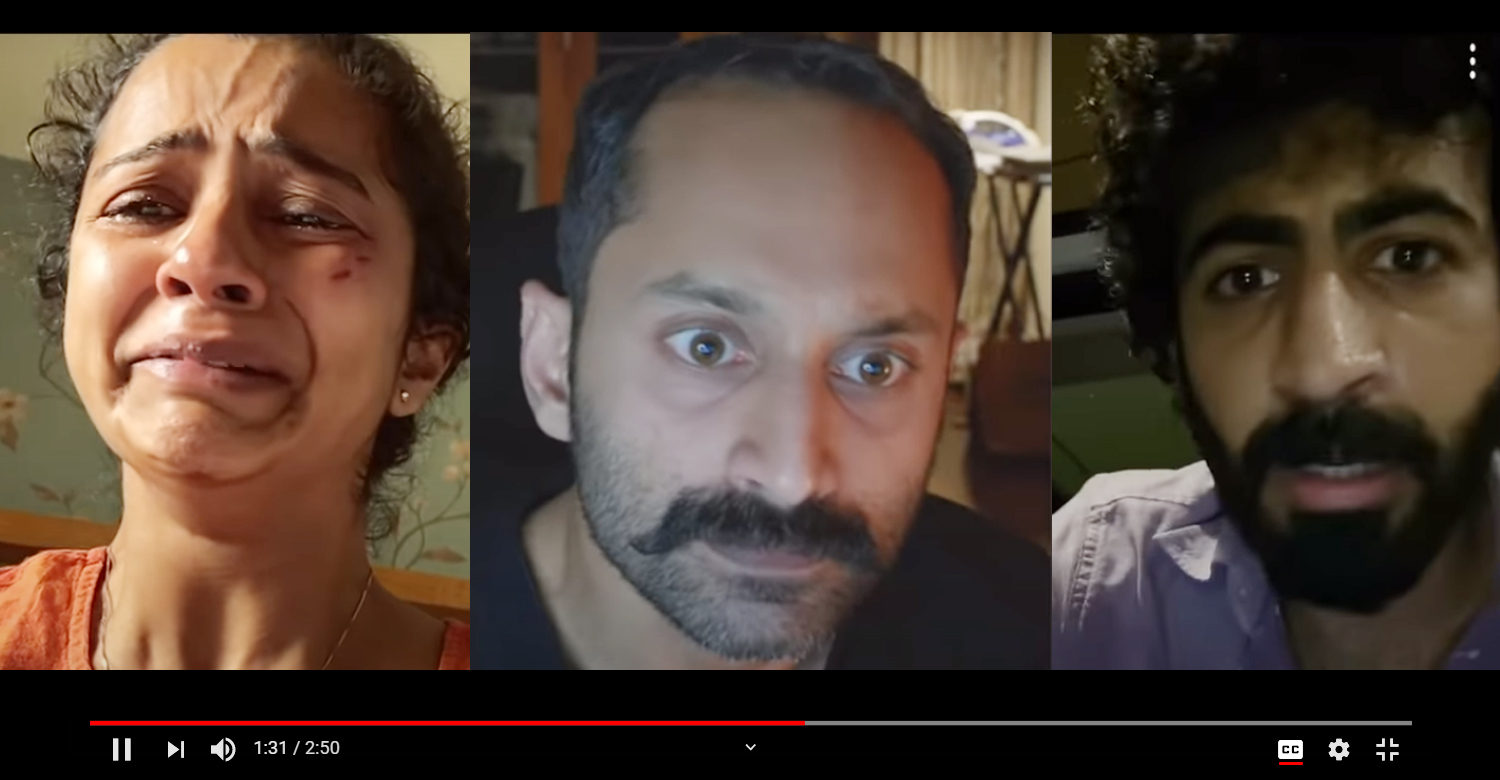 C U Soon looks like a first of its kind attempt in Malayalam; Watch trailer here!

The trailer of upcoming Malayalam film ‘C U Soon’ has just been released online. Mahesh Narayanan of ‘Take Off’ has directed the film that has Fahadh Faasil, Darshana Rajendran and Roshan Mathew in the lead roles. It will be streaming directly on Amazon Prime from September 1.

From the trailer, we can make out that the film is a mystery thriller centered around the three lead characters, Jimmy, Anu and Kevin played by Roshan, Darshana and Fahadh respectively. Maala Parvathy, Saiju Kurup and Ramesh Kottayam are also part of the cast.

‘C U Soon’ looks like a brave attempt as far as Malayalam cinema is concerned. From the trailer, it’s evident that almost all the action happens through phone, CCTV or laptop screens. This technique was previously employed successfully in the English thriller film ‘Searching’, which has helmed by an Indian director, Aneesh Chaganty.

The idea of ‘C U Soon’ was conceived by Mahesh Narayanan during the lockdown days. He has done the screenplay, editing and virtual cinematography. Sabin Uralikandy is credited as the DOP with music by Gopi Sunder. Nazriya Nazim and Fahadh Faasil are producing the film.