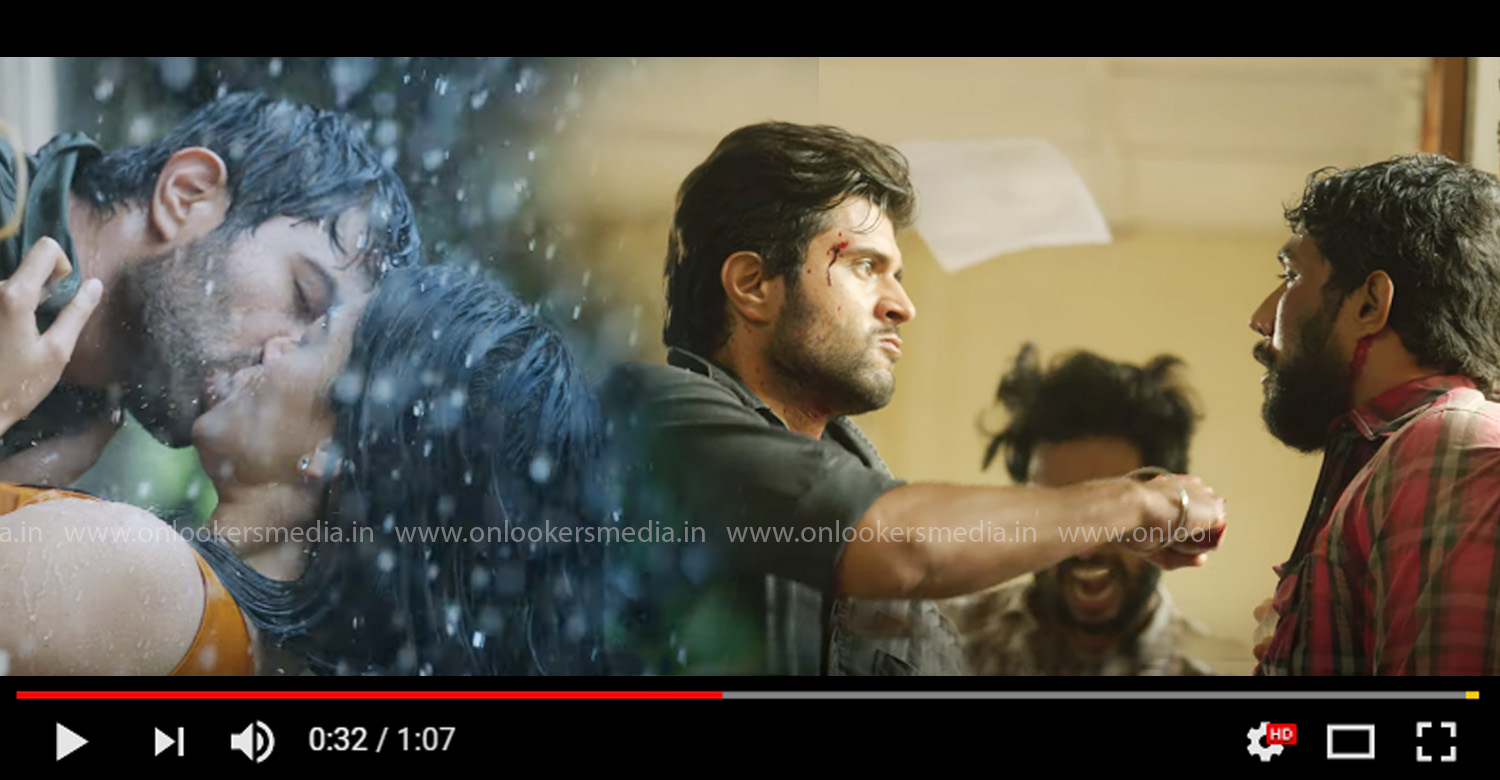 As informed earlier, the teaser of Vijay Deverakonda starrer ‘Dear Comrade’ got released today morning in social medias. The movie is written and directed by Bharat Kamma. It comes with the tagline ‘Fight for what you Love’ and the teaser exactly delivers what it promised. The 1-minute-long teaser gives glimpses of mass action moments and some intense romance. Rashmika Mandanna is paired with Vijay Deverakonda in the movie.

Vijay Deverakonda is hugely popular across the South courtesy the success of his films like ‘Pelli Choopulu’, ‘Arjun Reddy’ and ‘Geeta Govindam’. Likewise, Rashmika Mandanna has a huge fan following. She is unarguably among the current hot favorites of the South Indian audience. The actress, who made her debut in 2016 with the Kannada hit flick ‘Kirik Party’, shot to fame last year with ‘Geeta Govindam’, in which also had paired with Vijay Deverakonda.

Considering the popularity of its two lead actors, ‘Dear Comrade’ is being released in four languages – Tamil, Telugu, Malayalam and Kannada. The movie produced by Mythri Movie Makers and Big Ben Cinemas. It is scheduled to hit screes on May 31.