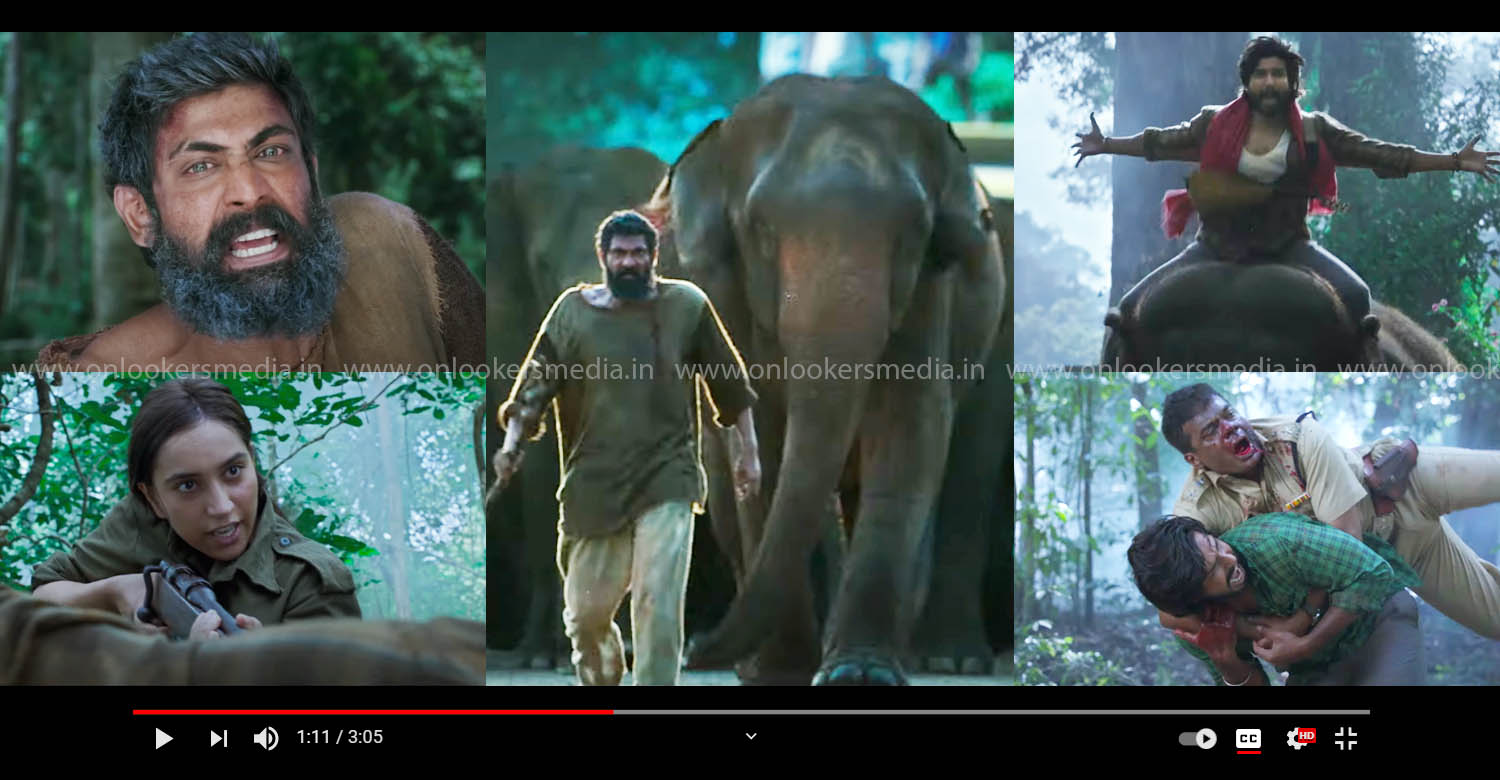 The trailer of director Prabhu Solomon’s ambitious film ‘Kaadan’ has been released online. The film is actually a multilingual that is simultaneously shot in Hindi, Telugu, and Tamil with different cast across languages. ‘Baahubali’ star Rana Daggubati plays the lead role. Vishnu Vishal is part of the the Tamil and Telugu version. In the Hindi version, which is titled as ‘Haathi Mere Saathi’, Pulkit Samrat essays the same role. The Telugu version is titled as ‘Aranya’. Shriya Pilgaonkar and Zoya Hussain are also part of the cast.

From the trailer, we can make out that it is a story about a corrupt government and corporates threatening to destroy the jungle and the eco-system of elephants. Rana plays the role of Bandev, a jungle man who lives with the elephants and leads the fight against the system.

The film will be hitting screens in all three languages simultaneously on April 2.

Oru Kudam: Here’s the first single from The Great Indian Kitchen
Prithviraj directorial Bro Daddy to be shot outside Kerala
To Top