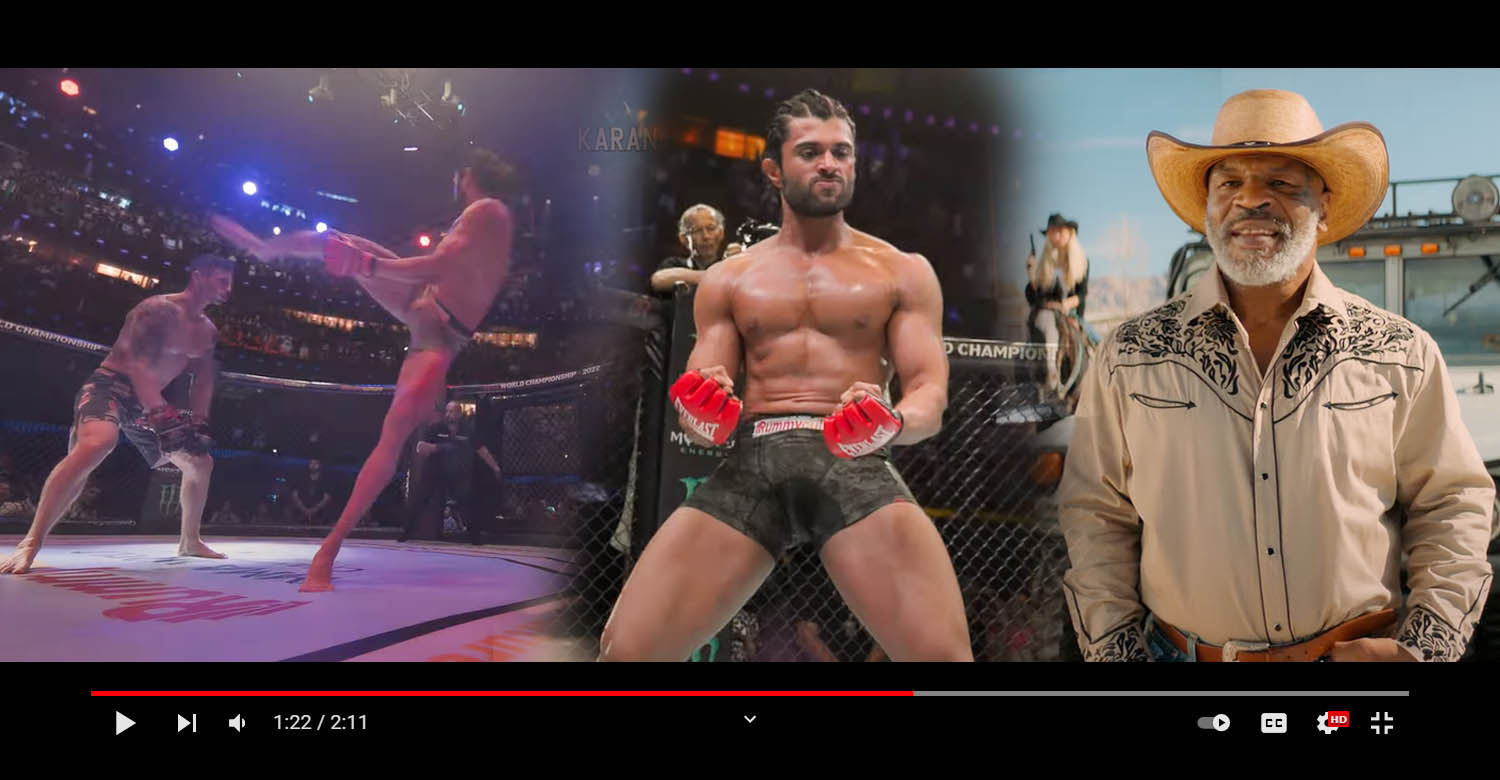 The trailer of Vijay Deverakonda’s upcoming pan-Indian film ‘Liger’ has been released in multiple languages. Directed by Puri Jagganadh, ‘Liger’ is an action-thriller in which Vijay Deverakonda plays a kick boxer’s role. From the 2-minute long trailer, we learn that Ramya Krishnan plays his mother’s role. She introduces him as a mix of Tiger and Lion. The trailer is loud and action-packed. As part of preparations for the film, Vijay Deverakonda underwent a major physical transformation besides training in martial arts.

Bollywood actress Ananya Panday plays the female lead in the film. American boxing legend Mike Tyson is playing a cameo role and he appears towards the end of the trailer. It also stars Ronit Roy, Makarand Deshpande and Vishu Reddy in important roles.

Karan Johar is presenting the Hindi version of ‘Liger’. Charmee Kaur, Hiroo Yash Johar and Apoorva Mehta are also part of the production. The film has been planned to be released simultaneously on August 25 in Tamil, Telugu, Kannada, Hindi and Malayalam.

Teaser of 19(1)(a) starring Nithya Menen and Vijay Sethupathi grabbed attention
Mannum Niranje: New song from Malayankunju out
To Top