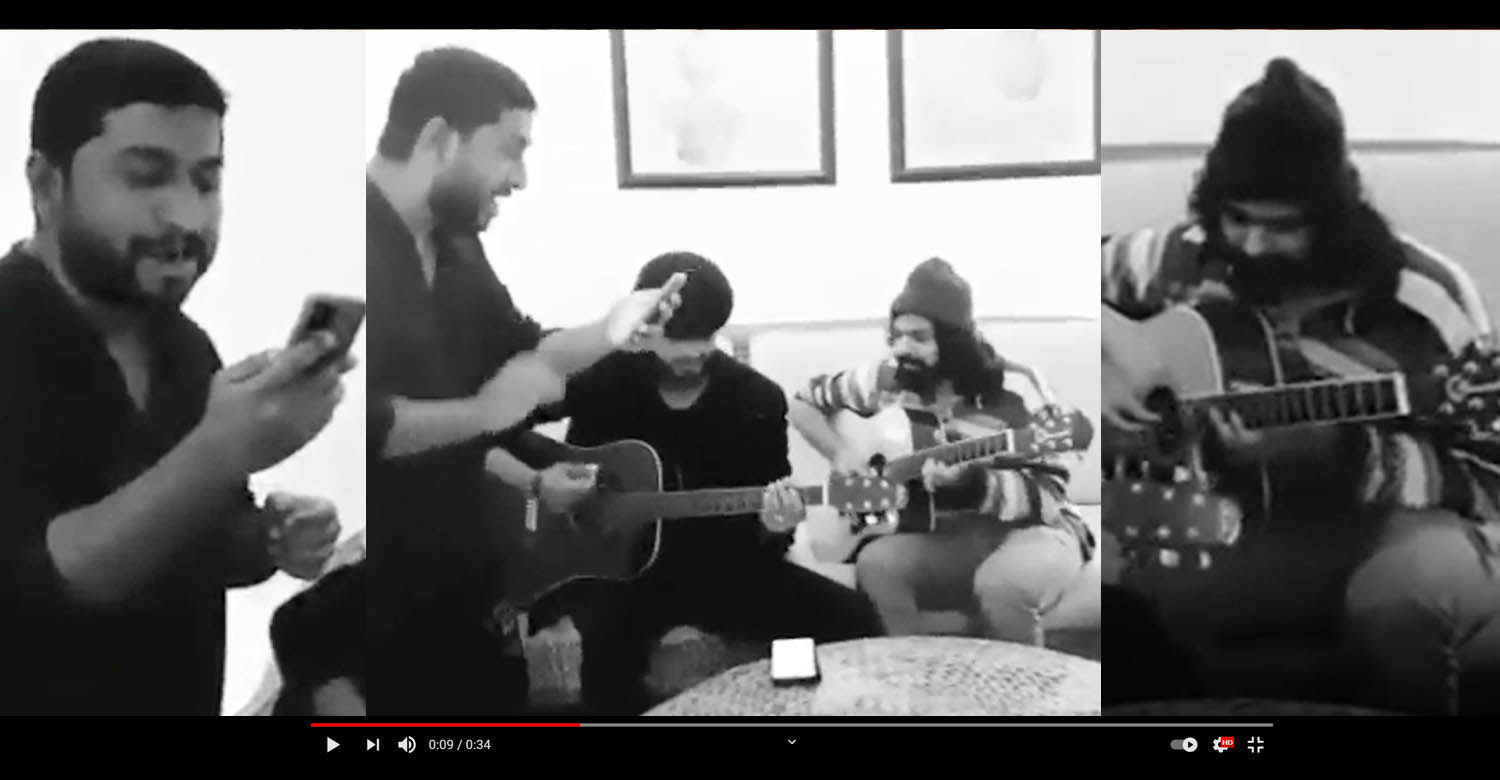 Shoot for Vineeth Sreenivasan-Pranav Mohanalal film ‘Hridayam’ got wrapped up recently. Though the makers had completed almost all the portions in March itself, they still had a song portion left, which they finally shot last week. ‘Hridayam’ shoot seems to have been real fun as is evident from a video that Vineeth has shared in his social media handle. It has Vineeth along with Pranav Mohanlal jamming together for ‘Pichle Saat Dinon Mein’, a popular track from the 2008-released musical ‘Rock On’. While Vineeth croons the track with full energy, Pranav along with another person is seen playing the guitar.

Just like ‘Rock On’, ‘Hridayam’ also promises to be a full-fledged musical entertainer. The film has a total of 15 tracks. Actor Prithviraj and veteran singers like Srinivas, KS Chithra, Unni Menon and many others have lent their vocals. Hesham Abdul Wahab handles the music department.

The makers of ‘Hridayam’ are also bringing back the golden era of music listening by releasing the songs in audio cassette (limited edition) and CD format. Think Music has acquired the rights.