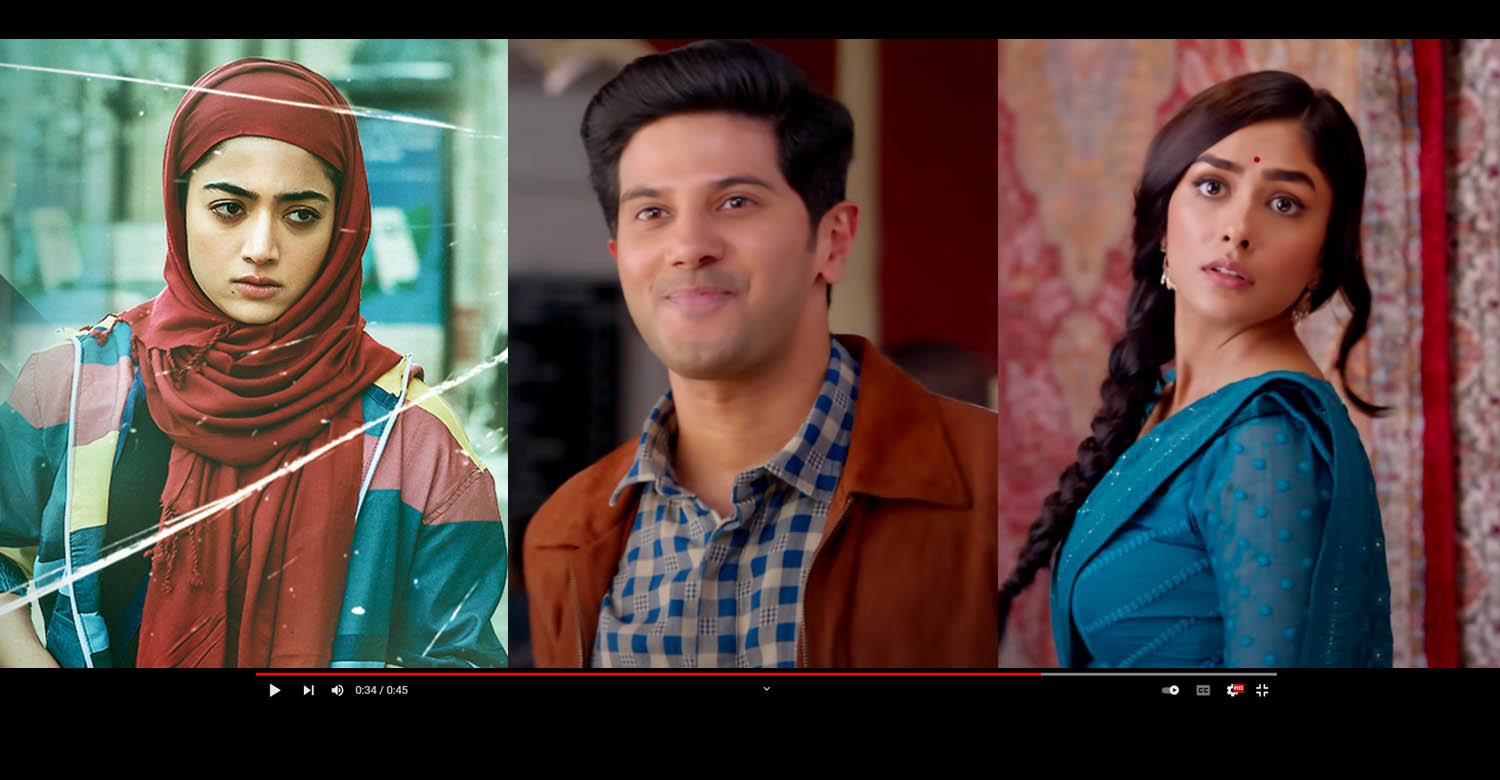 We had earlier reported about Dulquer Salmaan starring in a new multilingual film directed by Telugu filmmaker Hanu Raghavapudi of ‘Padi Padi Leche Manasu’ fame. The film has been titled as ‘Sita Ramam’. Touted to be a period love story, the film has Dulquer as an army officer named Lieutenant Ram. While Mrunal Thakur is paired with Dulquer in the film, Rashmika Mandanna essays an important role named Afreen.

Last day, the makers of ‘Sita Ramam’ released the first glimpse featuring the three lead actors. Swapna Cinema is producing the film and Priyanka Dutt of Vyjayanthi Movies will be presenting it. It has music scored by Vishal Chandrashekhar and cinematography by PS Vinod.

The makers are yet to announce yet anything regarding the release plans.

Beast Mode: Third single from Beast is a smashing hit
Sensational hit song Nattu Nattu from RRR out
To Top