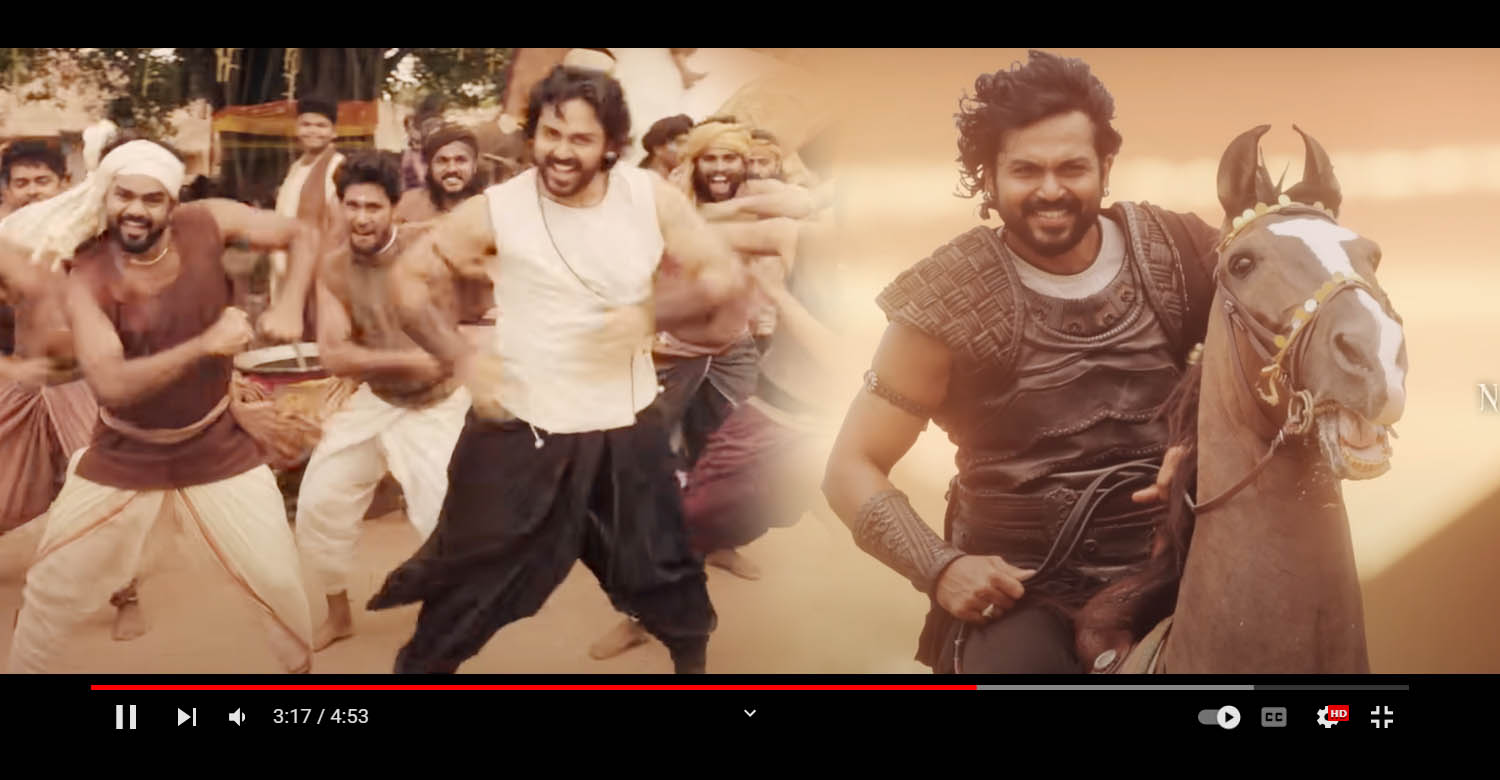 The first single from Mani Ratnam’s ‘Ponniyin Selvan: 1’ got released a couple of days back. Since it is a pan-Indian project, the song has been released in Tamil, Malayalam, Telugu, Kannada and Hindi. AR Rahman has composed the song. He has also lent his vocals for the Tamil, Telugu and Hindi versions. The Kannada version is sung by Nakul Abhyankar and Alphons Joseph has crooned the Malayalam version.

‘Ponniyin Selvan’ is a two-part epic and the first part is set for a grand theatrical release on September 30. The film is based on Kalki Krishnamurthy’s historical Tamil novel, which tells the story of early days of Arulmozhi Varman. He later became the great Chola emperor, Raja Raja Chola I. Jayam Ravi, Trisha Vikram, Karthi and Aishwarya Rai play the main roles in the film.