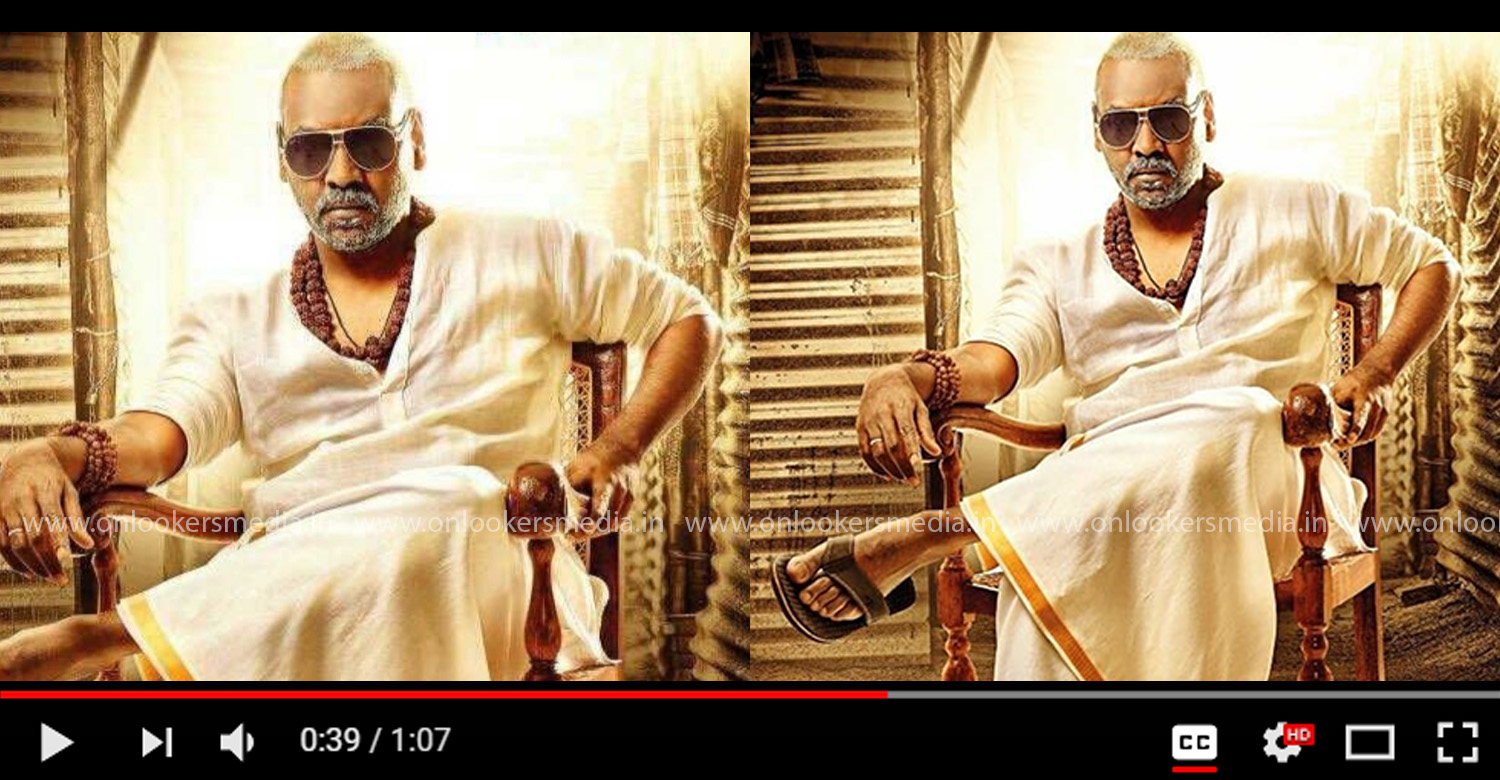 Raghava Lawrence’s Muni aka Kanchana franchise enjoys great popularity among the Tamil masses. Made on a horror comedy template, all the films – Muni, Kanchana (Muni 2), Kanchana 2 Ganga (Muni 3) – have been successful at the box office. Kanchana 2 was a massive hit notching up a theatrical earning of over Rs 100 crores. Lawrence himslef has directed all the three films. He is now back with the next installment – Kanchana 3.

Motion poster of the movie was unveiled today in social medias. Lawrence appears in an old man’s look in the poster. The movie has three female leads in Oviya, Vedika and Niki Tamboli. Kovai Sarala, Devadarshini and Sriman will be reprising their roles from the previous parts. Soori is another new addition to the cast.

In the technical crew, Vetri and Sarvesh Murarri handle the cinematography. Doo Paa Dop is the composer and Ruben is the editor. Lawrence’s banner Raghavendra Production is funding the movie. The makers are eyeing for an April release during the Tamil New Year weekend.