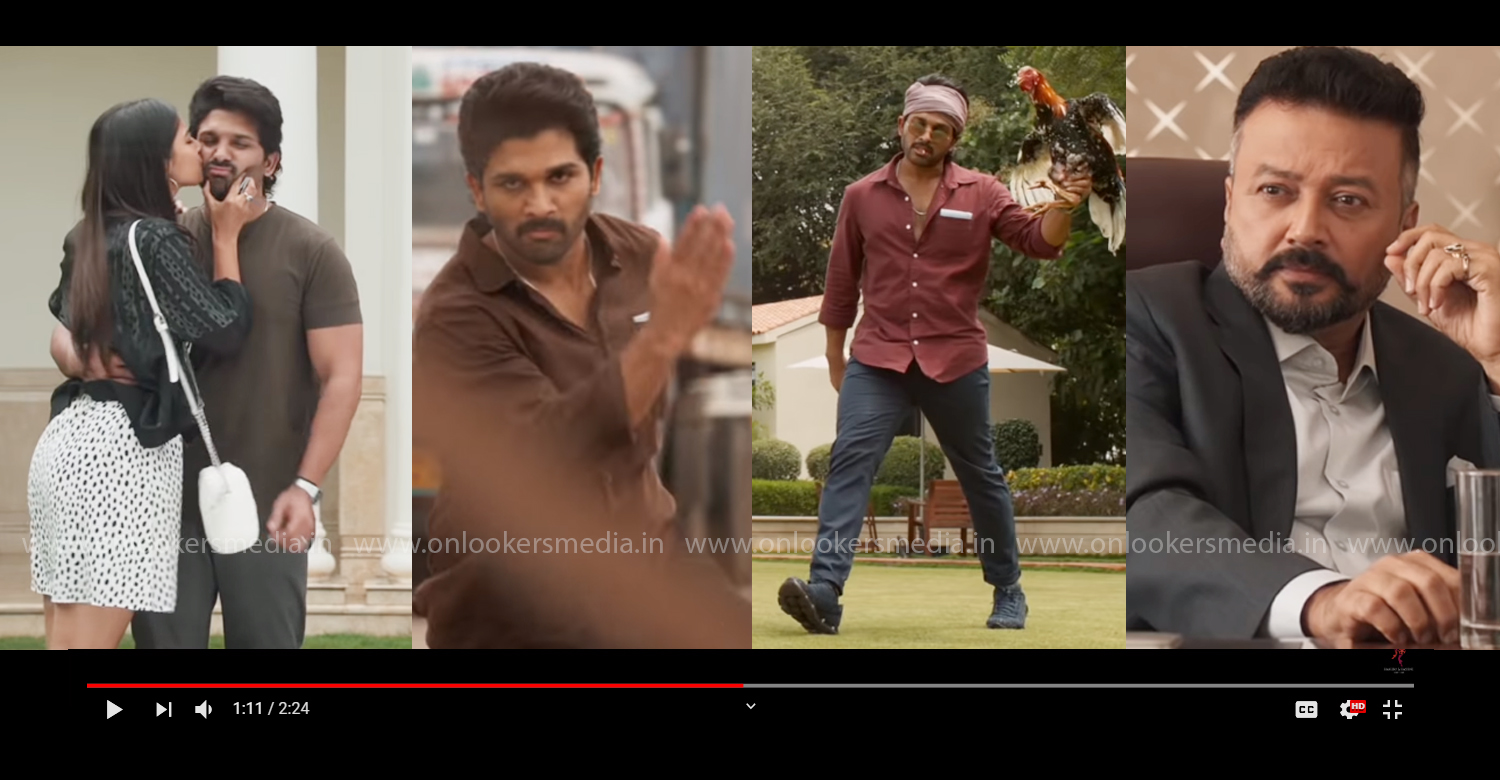 Allu Arjun’s ‘Ala Vaikunthapurramuloo’ directed by Trivikram Srinivas has been planned as a Sankranti release. The film is set to hit screens worldwide on January 12. Prior to that, the makers have released its trailer online. The film has a stellar star cast, which includes two female leads in Pooja Hegde and Nivetha Pethuraj. Samuthirakani, Tabu, Sushanth, Navdeep, Jayaram, Sathyaraj, Rajendra Prasad, Vennela Kishore, Brahmaji and Sunil play other major roles.

From the trailer, ‘Ala Vaikunthapurramuloo’ looks like a romantic-family entertainer that focusses on three generations. Jayaram is said to be playing the role of Allu Arjun’s father and he is seen sporting an extremely stylish look in the film. Prior to the start of shoot, Jayaram had shed a few pounds to look fit and smart as the character demanded it. Veteran actress Tabu is paired with him.

‘Ala Vaikunthapurramuloo’ is jointly produced by S Radhakrishna and Allu Aravind under the banners of Geetha Arts and Haarika & Hassine Creations.