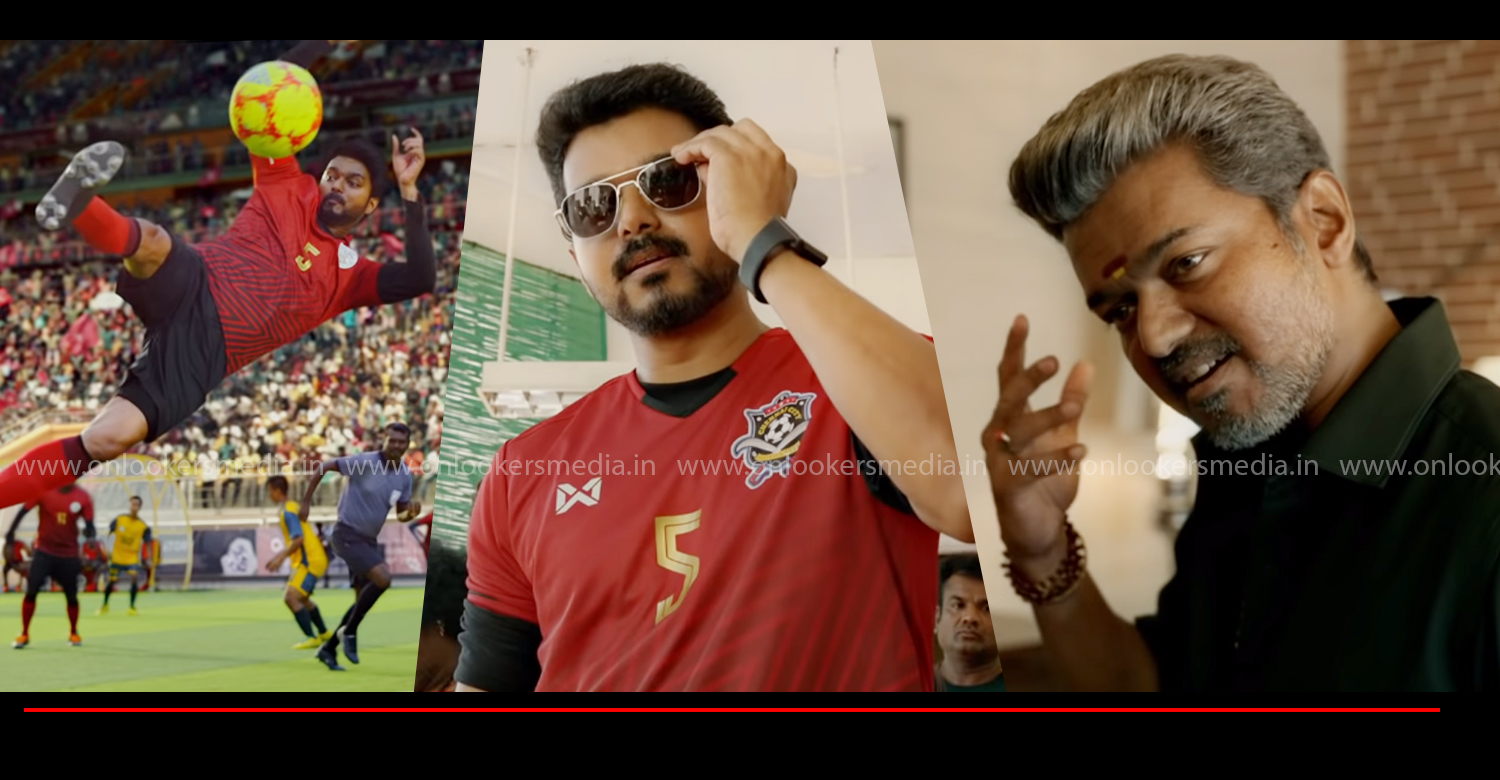 Last day, amidst huge fanfare, the trailer of Vijay starrer ‘Bigil’ got released online. Within less than 24 hours, the trailer has fetched over 14 million views and is trending across all social media platforms. The 2.42 minute trailer is every bit as expected with mass elements loaded in it. It gives a proper sneak peek into the film and gives us an idea to what to expect from the film. From the trailer, the film looks like a mass entertainer with equal dose of sporting action, fun, romance, emotions and the quintessential social message.

Vijay apparently plays a dual role in ‘Bigil’. The star essays the roles of a gangster father and a football enthusiast son, who later becomes a coach. There are also talks about a third character but the makers are yet to confirm this. While the response has largely been positive, there are also criticisms about the shoddy VFX works in the football match sequences.

‘Mersal’ fame GK Vishnu is the cinematographer and Ruben is the editor. AR Rahman is composing music for the film. Among the supporting cast, Nayanthara is paired with Vijay. Jackie Shroff, Kathir, Yogi Babu, Vivek, Indhuja, Varsha Bollamma, Reba Monica John, Daniel Balaji and Anand Raj are also part of the cast.

‘Bigil’ is scheduled for a grand Diwali release later this month. In Kerala, the film will be released jointly by Prithviraj Productions and Listin Stephen’s Magic Frames.

Here’s the highly anticipated trailer of Bigil
Watch the trailer of Rajisha-Nimisha starrer Stand Up here!
To Top