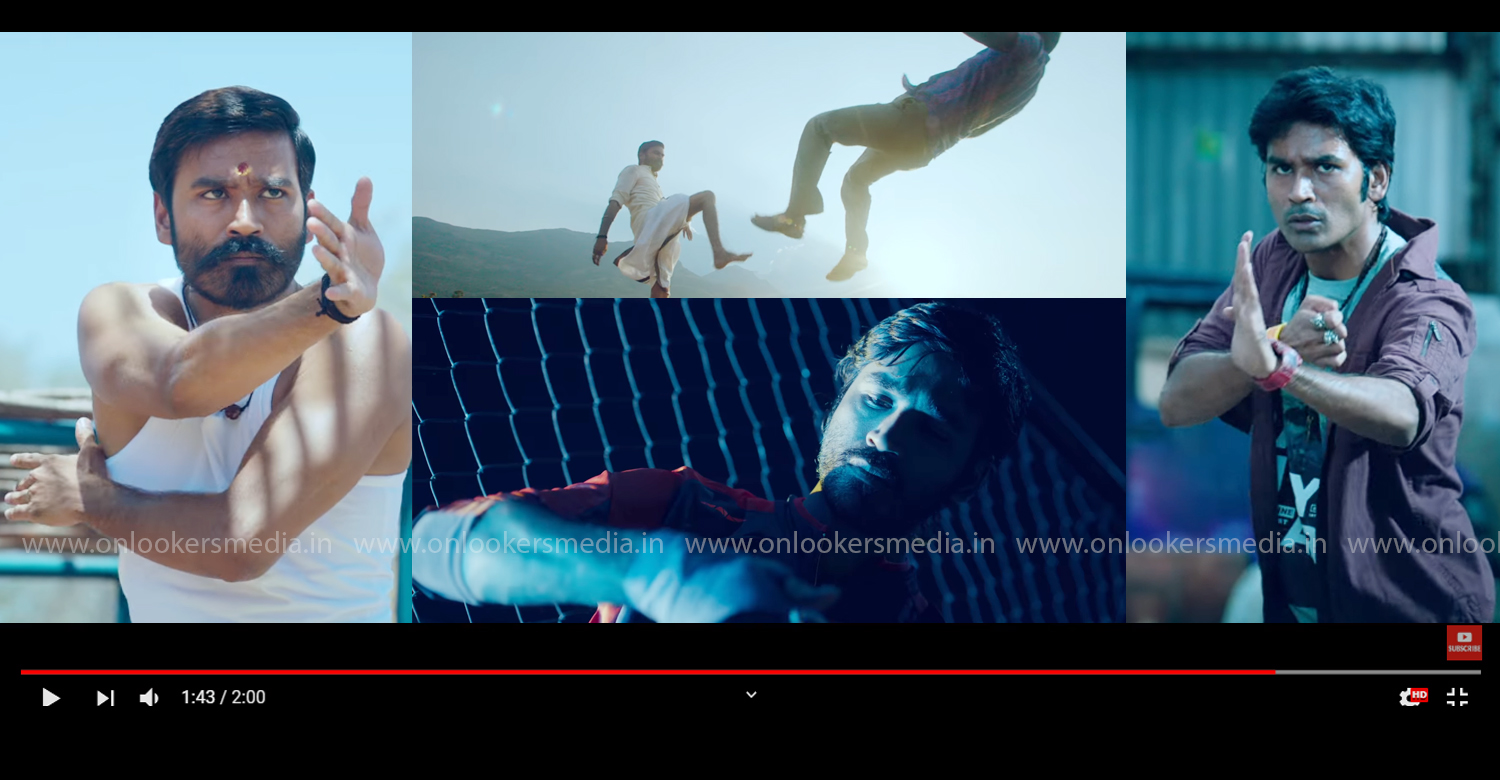 Pattas trailer: Dhanush does the double act once again!

Earlier in the day, the trailer of Dhanush’s new film ‘Pattas’ got released online. The star plays a dad-son dual role in the film. It looks like the father character is a traditional martial arts artist. Sneha plays his wife while Mehreen Pirzada is paired with the son character.

‘Pattasu’ is directed by RS Durai Senthil Kumar, with whom Dhanush has previously worked in ‘Kodi’. Interestingly, ‘Kodi’ was also a dual role film. Dhanush had also produced the director’s debut film ‘Ethir Neechal’, which had Sivakarthikeyan in the lead.

‘Pattas’ also stars Nasser, Sathish, Munishkanth, Naveen Chandra and many others. The film has music composed by the talented Vivek-Merwin duo and cinematography by Om Prakash. Sendhil Thyagarajan and Arjun Thyagarajan are jointly producing the movie under the banner of Sathya Jyothi Films.

‘Pattas’ is all set for a grand Pongal release.

Oru Dinam: Here’s a new song from Big Brother
Here’s the trailer of Allu Arjun’s Ala Vaikunthapurramuloo
To Top