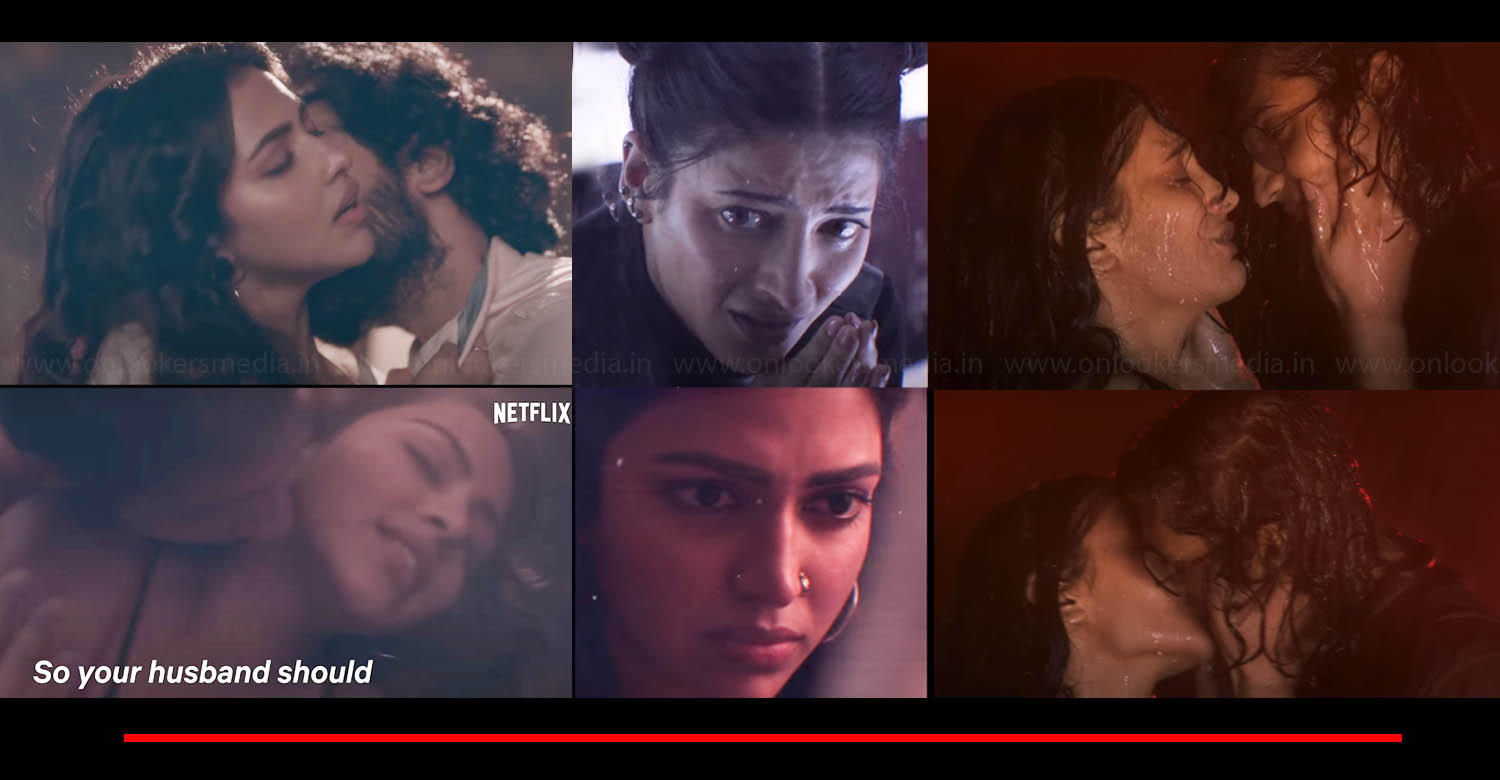 From the two-minute long trailer, we can make out that it is a female-oriented film with the lead roles played by Shruthi Haasan, Amala Paul, Eesha Rebba and Lakshmi Manchu. It is about the stories of four distinctly bold women, four journeys of love and betrayal. Netflix defines the film as,

“Four different women, four journeys of love and betrayal. The common thread? Their tenacity when it comes to challenging norms”.