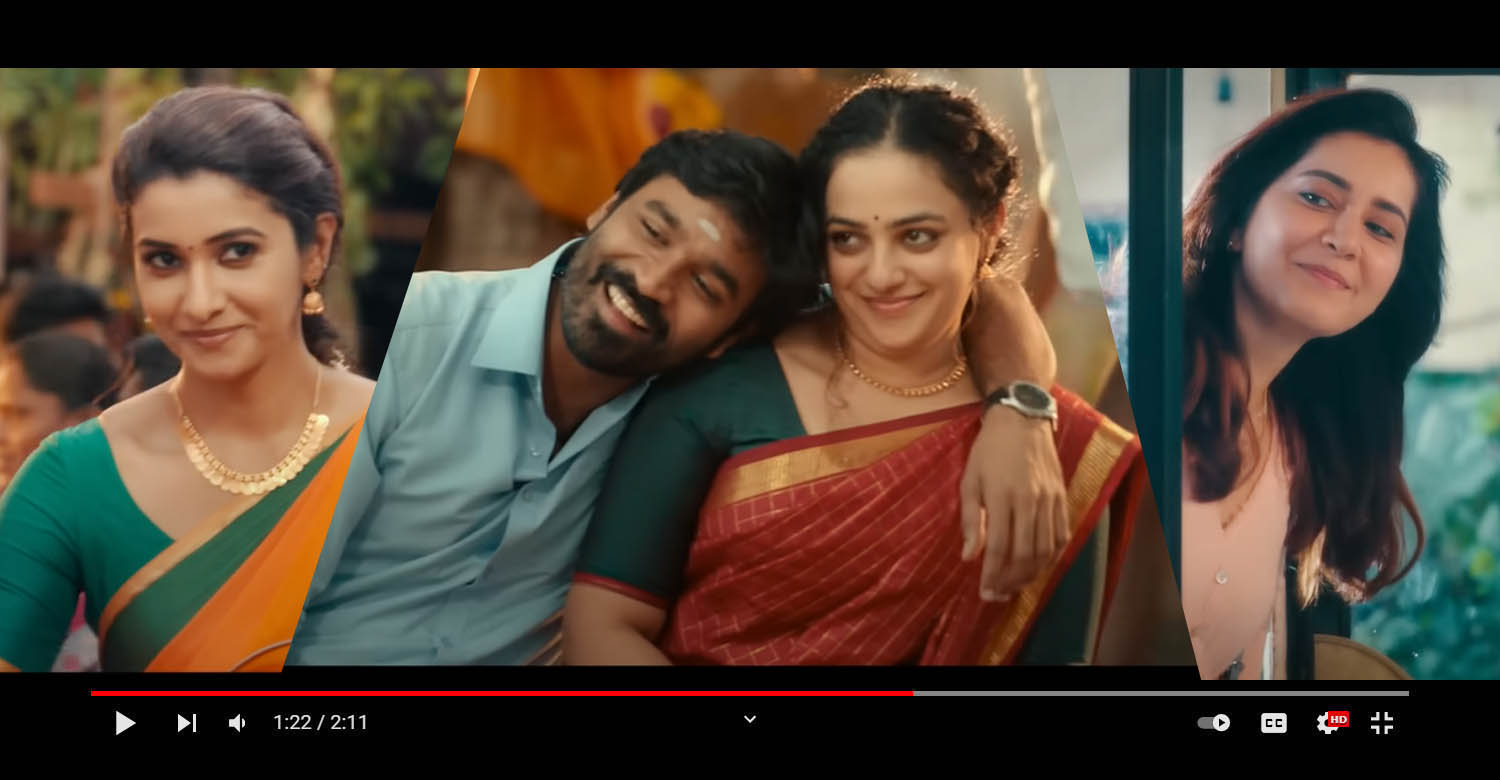 Thiruchitrambalam trailer is fun and promising

The trailer of Dhanush’s ‘Thiruchitrambalam’ has been released. Directed by Mithran Jawahar, with whom Dhanush has earlier worked in ‘Yaaradi Nee Mohini’, ‘Kutty’ and ‘Uthamaputhiran’, the film promises to a wholesome entertainer. The trailer is fun and has shades of Dhanush’s blockbuster film, ‘VIP’.

‘Thiruchitrambalam’ has three female leads — Nithya Menen, Priya Bhavani Shankar and Raashi Khanna. Nithya plays Dhanush’s neighbour in the film and Raashi Khanna is his schoolmate. Bharathiraja essays the role of his grandfather and Prakash Raj, the father.

Dhanush and composer Anirudh are reuniting after a gap of 7 long years with ‘Thiruchitrambalam’. The duo has has previously worked in blockbuster albums like ‘3’, ‘VIP’, ‘Maari’ and ‘Thanga Magan’. Expectations are naturally high on their reunion.

The film has Om Prakash as the cinematographer and Prasanna GK as the editor. Produced by Sun Pictures, it is scheduled to hit screens on August 18.