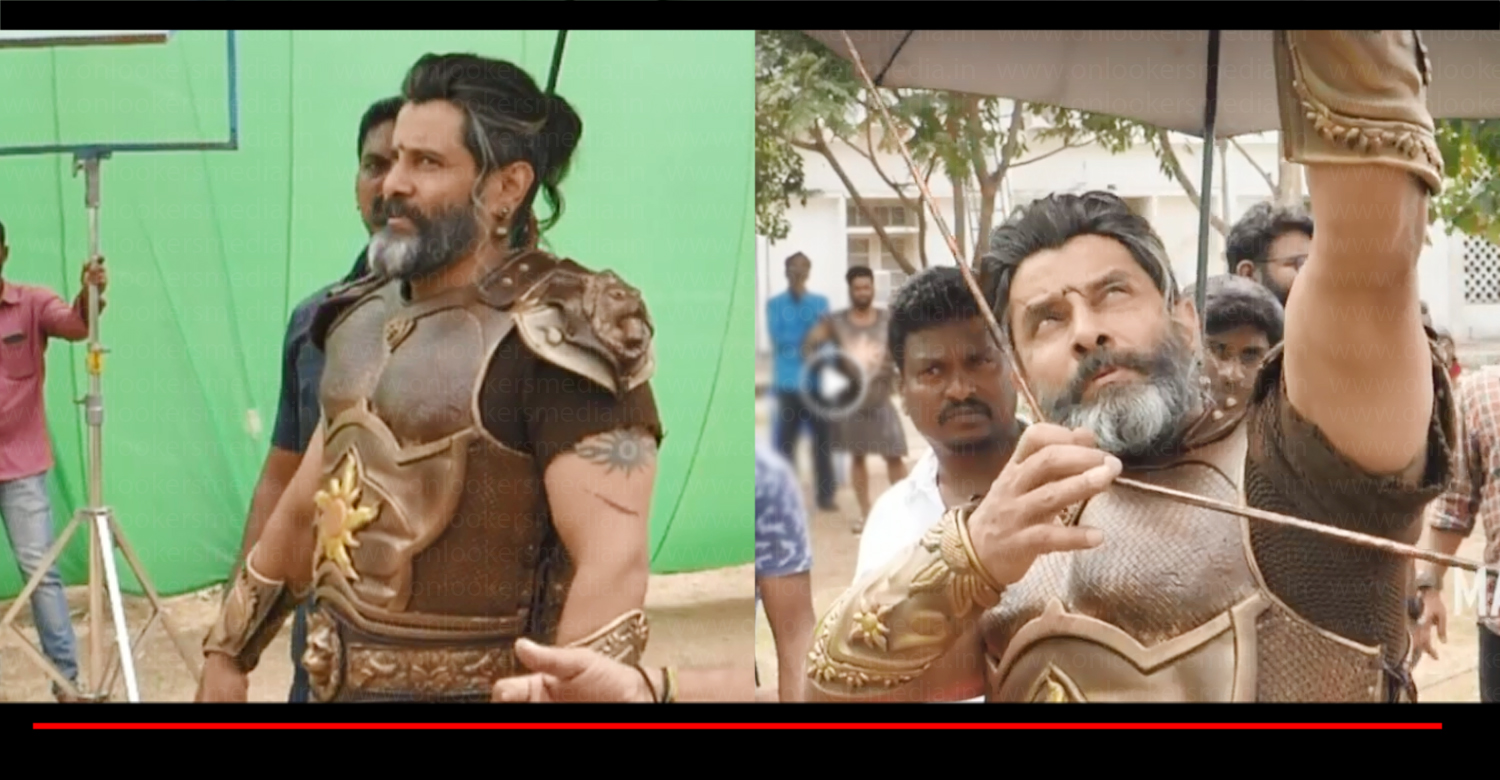 As we already know, Vikram is starring in a mega-budget period film based on the mythological figure Karnan. Malayali filmmaker RS Vimal of ‘Ennu Ninte Moideen’ fame is directing the film which has been titled as ‘Suryaputra Mahavir Karna’. Today, as if happens to be the birthday of Vikram, the makers have released a special video online. Vikram’s bearded look that resembles a warrior has been revealed as he is seen riding a horse and practicing archery.

Karna – The Indomitable Warrior. He was often defeated for the triumph of the world !!! Later —- Time Proved…Wishing you a Very Happy Birthday VIKRAM Sir

Shoot for ‘Karna’ had begun in February, 2019. The makers kick-started shoot by filming the Kurukshetra battle sequence. The epic battle, one of the highlight portions in the movie, will be around 30 minutes of duration. After a brief leg of shoot, shoot had to be put on hold due to Vikram’s other commitments.

According to director RS Vimal, the movie will be a retelling of the Mahabharata from Karnan’s point of view. The makers are yet to announce the cast and crew. It is being widely reported that several top stars and technicians from Indian cinema and Hollywood are part of the cast. It has been planned as a massive project with an estimated budget of around Rs 300 crores. A New York based production house United Film Kingdom is backing the film.