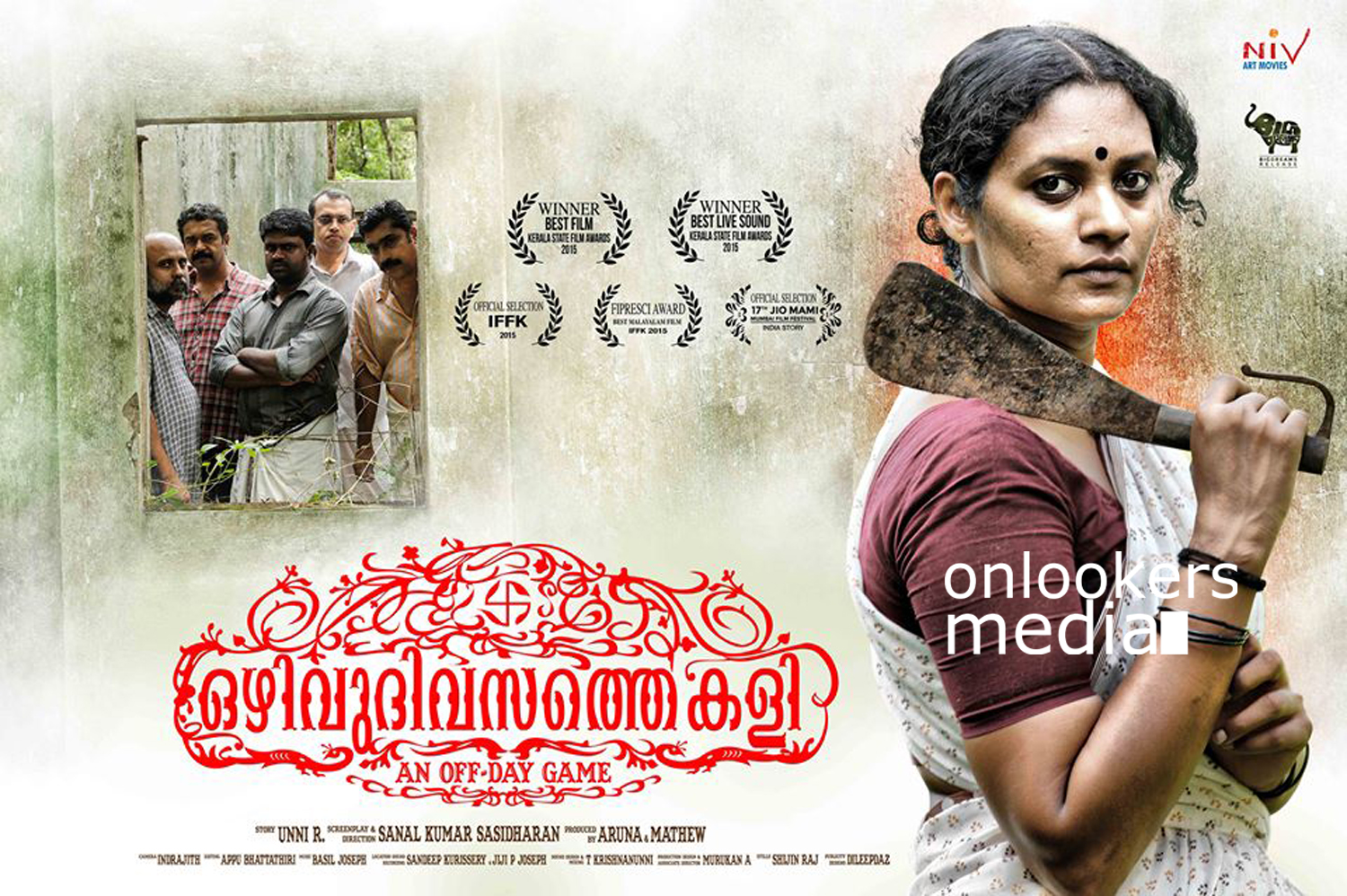 Sanal Kumar Sasidharan scripted and directorial film Ozhivu Divasathe Kali will hit the screens on June 17. The film is based on the story written by Unni R and it had already won many recognitions at various Film festivals all over the world. Sanal Kumar Sasidharan said that they are releasing the film by themselves as no others are getting ready to distribute the film because of the absence of big stars in it.

But Sanal Kumar Sasidharan says that it will be an experience for the viewers and if you come to theater to watch this film, there will be a great change in Mollywood after that commercially and aesthetically. It will encourage others to make such experimental films like this and will help Malayalam cinema to grow.

This film has only 70 shots and the second half of the film has a single shot only. The making style is the biggest plus point of this film says the director. Till now this film is screened at different cities in India like Mumbai and Delhi. Thousands of people watched it there and they all says it is one of the best films say they saw till now. That itself gives him the confidence to say that this movie will surprise the audience. Aruna and Mathew produced this film and Indrajith is the DOP.

This film had won the Kerala State Film award for Best film, Best Live Sound etc. It also won the FIPRESCI award at IFFK for best Malayalam film. It got selection in the JIO MAMI, 17th Mumbai Film Festival as well.