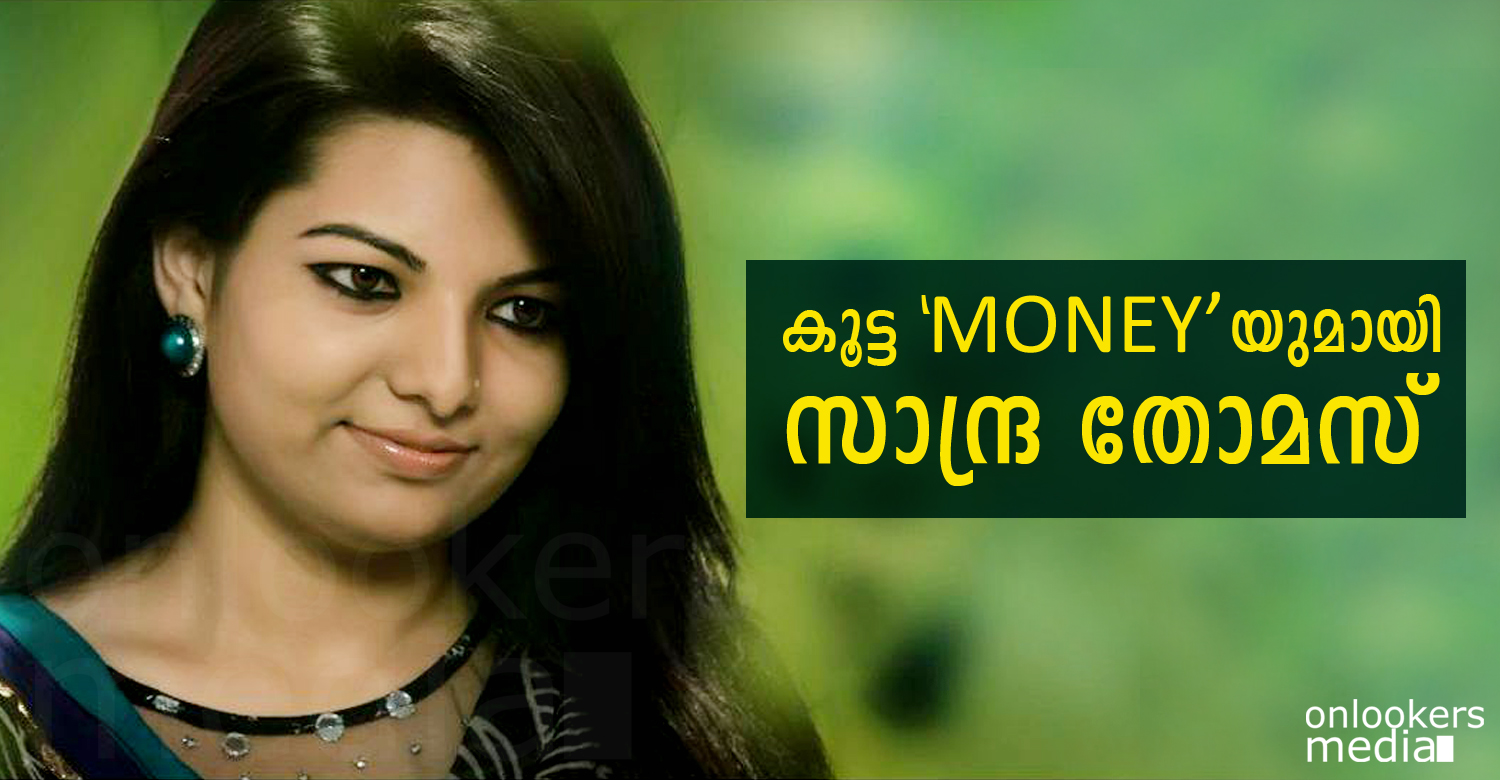 Friday Film House, this name had become the hope of newcomers who are coming to Mollywood now. It has also got the reputation of the production house which gives us films of different range and class. They had already introduced Six new directors before the film lovers here through the Six films that they had financed over these years. Not only the production side, but also the marketing strategies by the team is innovative and refreshing for the people here.

And all the credit of this success belongs to two people. Sandra Thomas and Vijay Babu, who owns and run all activities related to the Friday Film House. They are not just producers, they are popular artists in Mollywood as well and knows the art very well. They know what industry needs, what people wants and in what form they want. That’s what behind the secret of their success. We Onlookers Media, got the opportunity to speak with one of the main pillars of Friday Film House, Sandra Thomas. She is very happy now as their latest production venture Adi Kapyare Koottamani which released on last Christmas had become super success.

First of all congrats for the success you got through Adi Kapyare Koottamani. How your team landed on this project ?

The project had come when we took a break after the release of Aadu Oru Beekara Jeeviyanu. It did not do well in box office. Lots of criticisms also came behind the film to us. So we decided that we will not do films with newcomers anymore and will be doing with experienced directors. But later when the DVD’s of the film Aadu has been released, the film has got great acceptance and people began to appreciate us for the courage we took to finance such a different film. That is the time when we again decided to hear stories from newcomers with the hope that they can give us something new and very fresh.

We heard many stories at that time period and there came John Varghese with the script of Adi Kapyare Koottamani. At first he told me the thread. I found it interesting and later I gave the screen play to Vineeth Mohan who was there. He also found it very interesting and later I found my papa and mamma were reading the script with great enthusiasm. Then I realized that there is something in it to catch the attention of the audience. Then I contacted Vijay Sir and other processes happened very quickly from deciding the artists to the filming. After contacting Vijay Sir, we had an association with Carnival pictures and produced the film in association with them. That’s how Adi Kapyare Koottamani began to roll. What is the real motivation behind your policy to support young and new talents who are coming to this industry..? Except Peruchazhi all other film you had produced involved new directors and young stars. So what is that thought process behind that risk which no other financers is ready to take in Mollywood. ?

We had started off with the film Friday, which was directed by a newcomer and also acted by Fahad Fazil who was just a newcomer then. Later came Zakkariyayude Garbhinikal and Philips and the Monkey Pen. All these films not just made profit for us but also brought us Seven state film awards and also got selected to screen in IFFK. So it really motivated us to do more films with newcomers. We started off with them and the fear factor was long gone till the time we really learned about cinema. So the confidence was there that we can give support anyone irrespective of whether he is new or not, if the subject has the potential. That confidence came from the experience we had got through all the films we made. Malayalam Cinema is changing now. Once it had revolved around Super Stars and now Young stars is also getting equal importance and at some points youngster films getting a success where the so called super star films fails to attract and impress the audience. What is your take on that ?

I do not think that Super Stars films had failed to stand in front of young star films. But the focus had really shifted from stars to stories. The satellite market went down and that really helped the cause. Because till few years before, if you have a big star and a flat you can do anything and then calls it a movie. Even if the quality is poor you will get a great amount as satellite right owes to the market value of that star. But now it has changed. Now Channels are buying films looking at the directors who can trust, banners who gives minimum guarantee films. In other cases they bought films only after the release of the movie and studying the success rate of the film. So, now the focus is on making good movies rather than on getting the date of a big star. Friday Film House always gets satellite business done even before the release of the film because the channels trusts us. We never cheat them and always explains what really our film is. We always try to increase the production value of our films and make it with quality that never disappoints anyone. We know that if we want to be here for long, we have to be honest and sincere. We use only that amount of money what is needed for the innovative strategies that we adopt. Nothing more and nothing less. We never go overboard with our promotions and we really focus on effective marketing than spending a whole lot of money for that. We even get appreciation from many corners regarding our marketing strategies and we have succeeded in making Friday Film House, a trusted brand. So according to me, you have to market a film based on what type of marketing it really needs. More than spending a lot of money, you have to understand what kind of reach your film needs and what kind of expectation it has to generate among the audience before it releases. If you does it successfully, half the battle is won. There are many films which don’t even get enough promotions and only because of that it fails to attract the attention of the audience even after being a good product. What really happened to Aadu Oru Bheekara Jeeviyanu..? It may be the first time in Mollywood history that a film that got bad response when it released in theaters got great following when it was released in DVD form. What may be the reason for that ?

When it was released, as you said I had received a lot of criticisms from everywhere and many people said that they did not expect such bad films from Friday Film House. Later we decided that we will never do any film with newcomers. There was nobody really ready to own the video rights of the film and we had released the DVD’s of the film of our own. But the response was tremendous. It had created an all-time record in DVD sales and still going strong. Many people began appreciating the film as well. There may have several reasons for all that. There was difference of opinions while making the film and something like that. But not at all in a bad way though. After the first week of its release we had trimmed the film by cutting some unwanted scenes. But the film got removed from many centers and the bad word of mouth was already spread to a level that we couldn’t do much at that situation.

One last question, Please tell us about the upcoming projects from your Friday Film House.?

We are planning the sequels of both Aadu Oru Bheekara Jeeviyanu and Adi Kapyare Koottamani. Adi Kapyare Koottamani 2 scripting is in progress and will come this year hopefully. We really want to release the second part of Aadu as well this year. The stars are also ready to co-operate. But director Midhun Manuel Thomas is now in the pre-production works of another project of him. So we are trying to make the sequel possible this year itself and if everything goes well, Aadu will come again this year. Apart from that we are hearing scripts from many newcomers as well.

It was really nice talking to you and we really thank you from the bottom of our heart for giving us a part of your valuable time. You are doing a great job indeed by giving support to a lot of newcomers and all the very best for all your future ventures from the team of Onlookers Media.