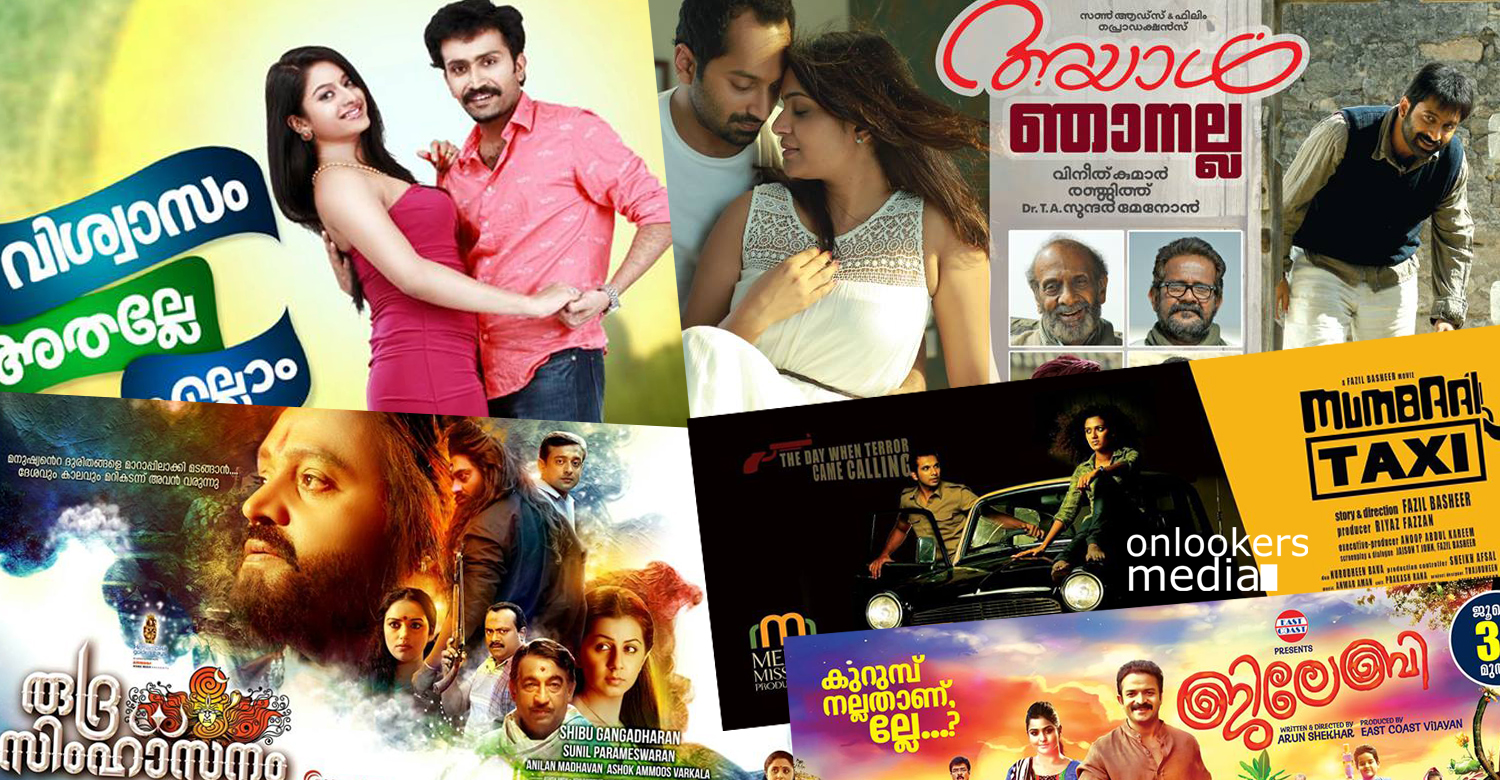 After the Ramzan releases Malayalam cinema is all set for another big weekend as on this coming 31st July five films are getting ready to grace the silver screens of Kerala. We saying this as a big Friday not only because 5 films are releasing on the day but it is because of the poor faring of the ramzan releases. Among the four Ramzan releases only Madhura Naranga got decent appreciation and Box office reutrns. Acha Dhin ended as one of the all-time worst disaster of Mammootty and Love 24×7 and KL10 Pathu did not live up to the expectation it had created before the release. So this Friday have to be a good one for Mollywood as the Onam biggies are coming from August 20.

The five films which are coming this Friday are Ayal Njan Alla, Viswasam Athalle Ellam, Jilebi, Mumbai Taxi,  and Rudra Simhasanam. Jalebi is starred by Jayasurya and Remya nameesan in the lead and directed by a newcomer named Arun Shekhar and financed by East Coast Vijayan under his banner of East Coast productions. It is touted as a complete family entertainer going in a humorous way.

Mumbai Taxi is said to be a film to watch out for and it is directed by another newcomer named Fazil Basheer. The Hero of the film is a newcomer named Badshah who had won the appreciation of Malayali audience as a child artist who played the role of the son of Mammootty in Fazil directorial film Pappayude Swantham Appoos years back. He is making his debut as hero through this movie which is said to be a thriller.

Viswasam Athalle Ellam is directed by Jayaraj Vijayan and starred by Ithihasa fame Shine Tom Chacko. It is a comeback film of Shine after the dark period in his personal life. The flick is financed by Shajeer Raouther under MKR film Company. Rudra Simhasanam is a Suresh Gopi starrer directed by Shibu Gangadharan after the failure of Praise The Lord. It written by Sunil Parameshwaran after Anantha Badram and it is a horror-magical thriller.

Ayal Njanalla is the much awaited film among this week’s releases as it is written by Ranjith and directed by actor Vineeth Kumar starring none other than Fahad Fazil.