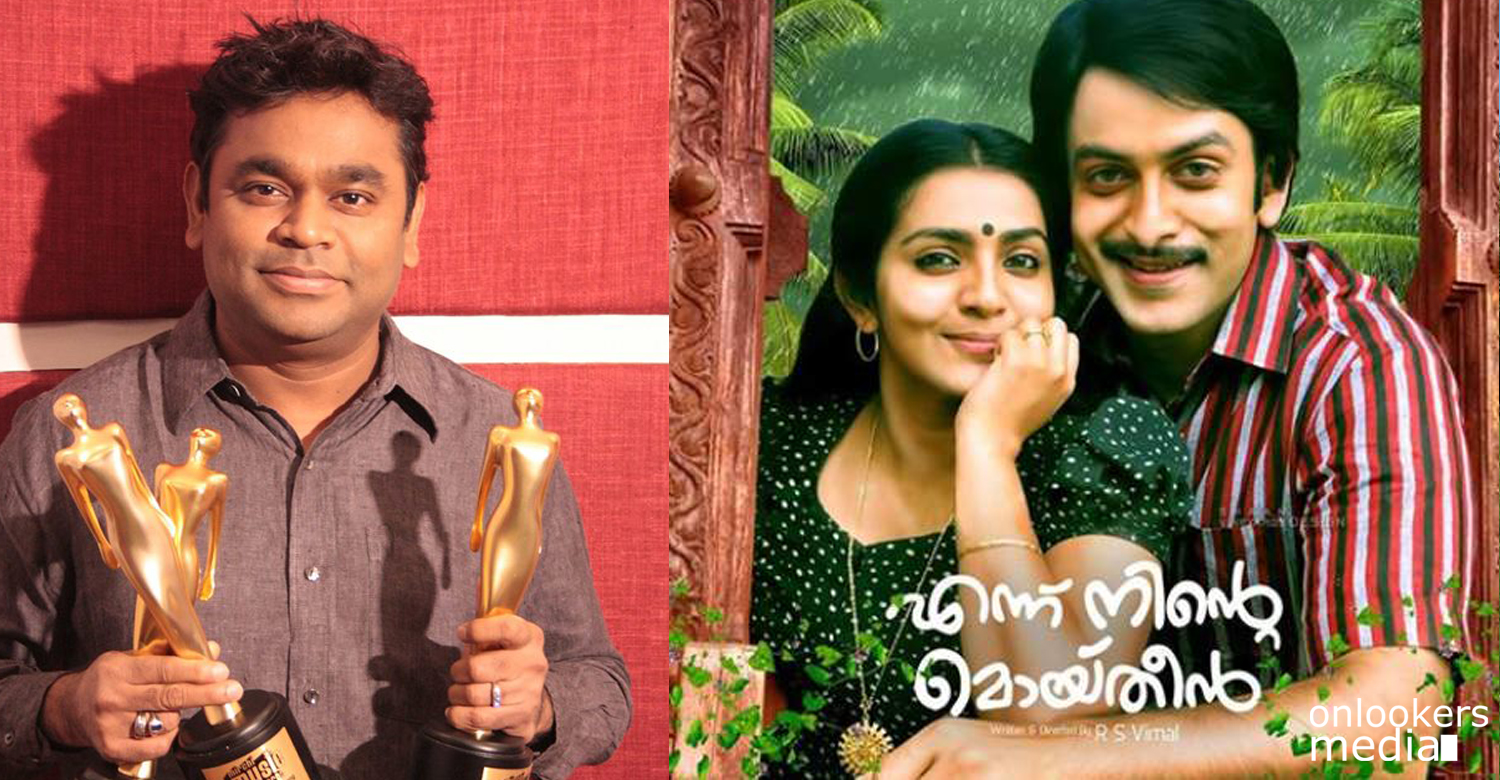 Ennu Ninte Moideen is going through a dream run at box office as well as in its impact among the audience in Kerala. Even the makers could not have dream about such a reception for the film and it was really something we say the class turned mass. The film which is a classic portrayal of a real life immortal love story between Moideen and Kanchanamala had made such an impact among the viewers that they are now making them the idols of love.

According to the spectators this film will be counted among one of the all-time classic romantic film ever made in Malayalam film industry. But as per the latest report about the film it says that the impact and reach of the film had crossed the boundaries of Kerala as well. The film will soon be remade to tamil language. And there is unconfirmed reports also says that music maestro AR Rahman will compose the music for the Tamil version of the romantic tale.

The Film scripted and directed by RS Vimal and starred by Prithviraj and Parvathy Menon has really set the standard of a romantic film very high. Kollywood which is known for its nature accepting romantic stories more than any industry in India now looking forward to taste the Malayali flavor of romance through the remake of Ennu Ninte Moideen. As per reports the works of its tamil version will start next year with prominent stars playing the lead roles. B Jaya Mohan will write the Tamil dialogues for the film and they had already discussed about it says director R S Vimal. Jaya Mohan is the one who written down the dialogues of Prithviraj- Sidharth starrer film Kaviya Thalaivan directed by Vasantha Balan last year. The film had got great critical appreciation.

There are some reports also came in earlier that most probably Prithviraj and Parvathy will play the lead in Tamil too as both of them is familier to Tamil audience as well through various film they had done there. But as of now it is only a rumor.