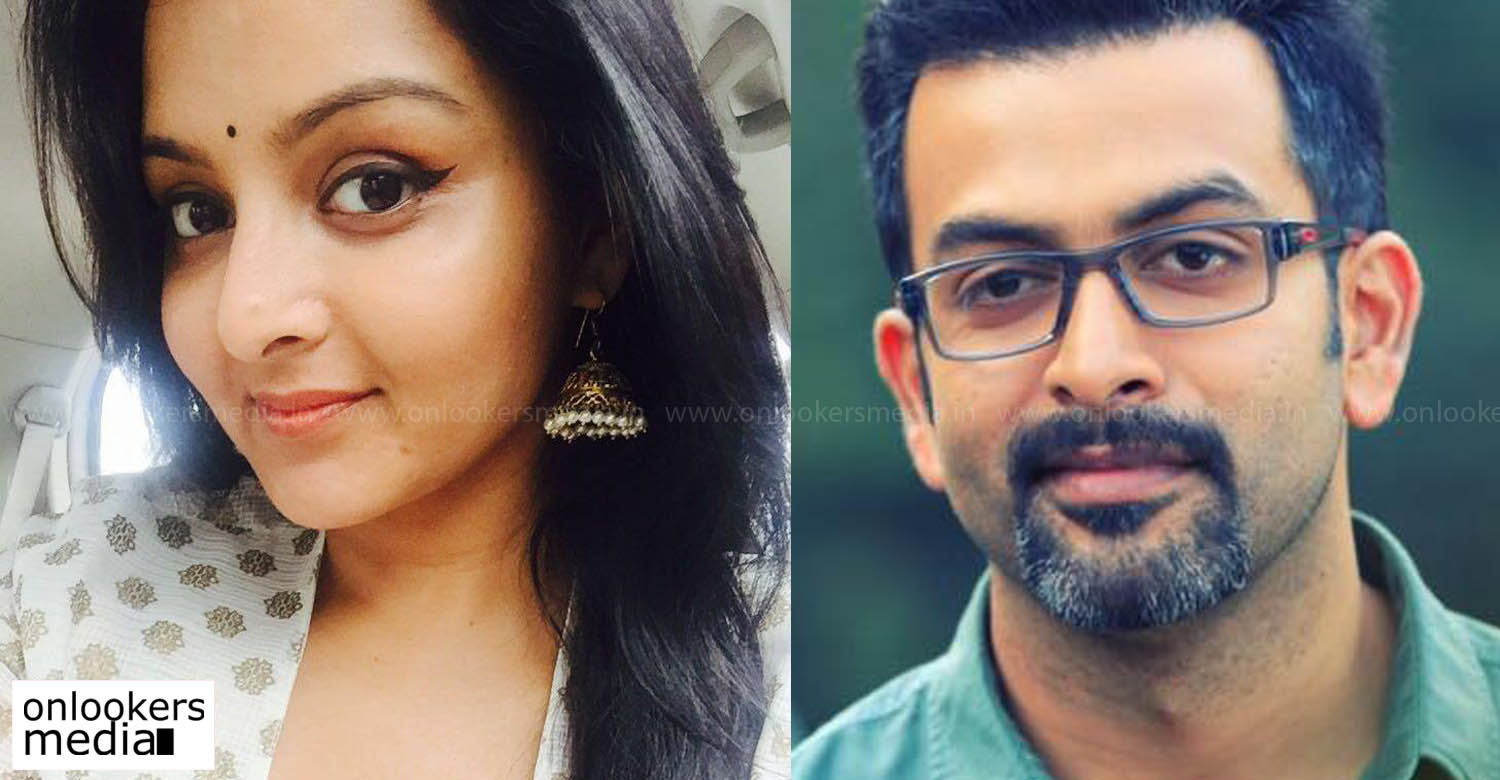 Prithviraj and Manju Warrier are teaming up for the first time through director Venu’s upcoming movie titled as Gabrielum Malakhamarum. Though Manju Warrier has played a brief cameo in Prithviraj’s Paavada, this will be the first time they will be sharing screen space with each other. More details regarding Gabrielum Malakhamarum is not yet known.

Prithviraj, as always has been busy hopping from one set to another. He has completed the first schedules of Pradeep M Nair’s Vimaanam and Jinu Abraham’s Adam Joan. The actor is yet to start filming for the remaining portions of debutante Roshni Dinaker’s romantic movie My Story also starring Parvathy Menon. His upcoming Bollywood movie Naam Shabana, in which he is playing an antagonist, is all set to hit screens worldwide on March 31.

Manju Warrier is currently shooting for Aami, a biopic on writer Kamala Das’ life. She is playing the role of Kamala Das in this movie, directed by veteran filmmaker Kamal. Prithviraj is also said to be playing a brief cameo role in Aami. Manju is also simultaneously shooting for director B Unnikrishnan’s Villain, in which she will be seen as Mohanlal’s wife. Her latest release, C/O Saira Banu, also starring Amala Akkineni and Shane Nigam, is doing good business in the box office.

Director Venu, meanwhile will start shooting for another movie Carbon, starring Fahadh Faasil and Mamta Mohandas in the leads. The movie is reportedly a raw suspense thriller, set in the backdrop of forests. The technical department include some big names like KU Mohanan and Vishal Bharadwaj.