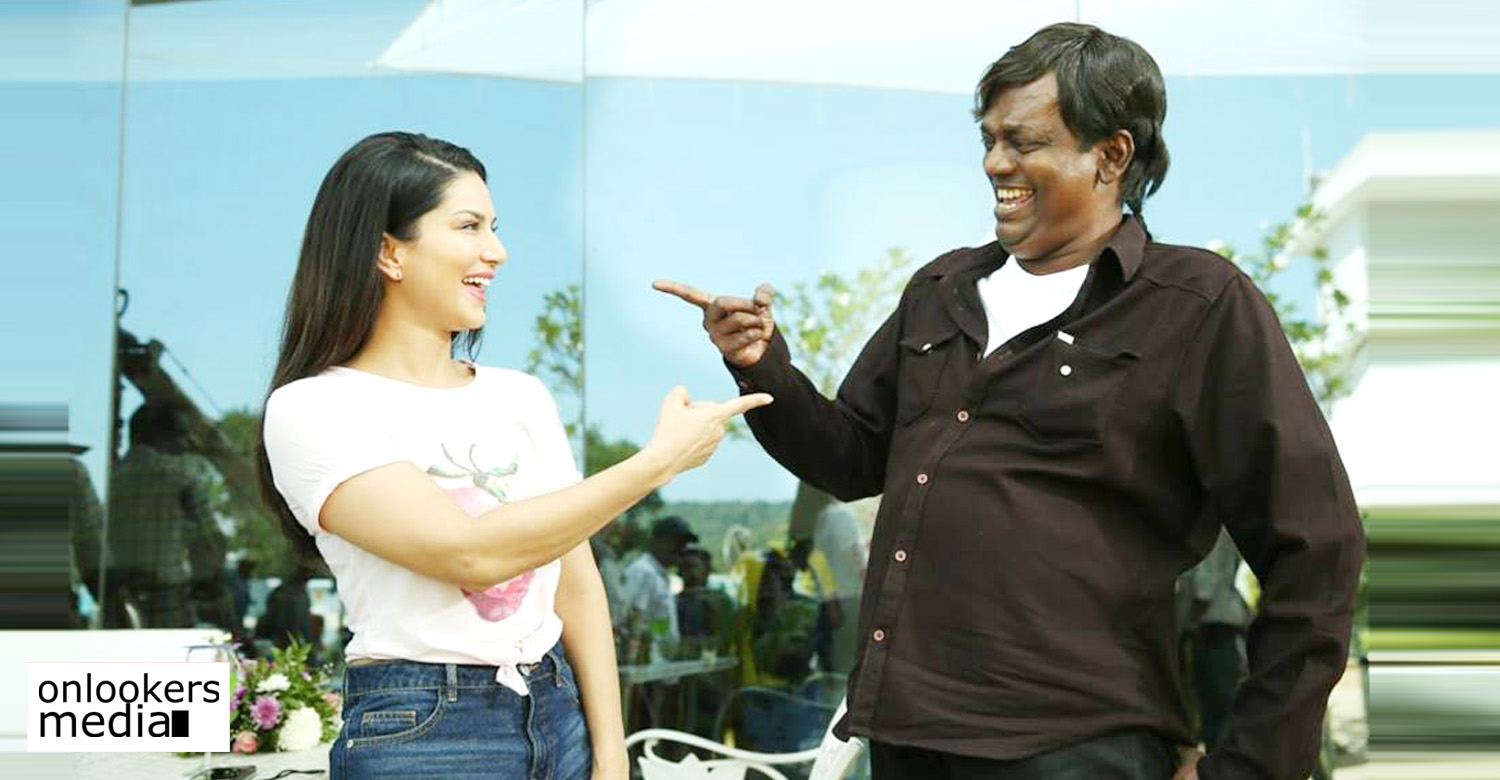 As we already know, Sunny Leone is starring in a Malayalam movie titled ‘Rangeela’. Though she appears in a dance number in ‘Madura Raja’, this will be her first full-length role in Malayalam. The movie is being directed by Santhosh Nair of ‘Money Ratnam’ fame. Shoot has already commenced. As per the makers, ‘Rangeela’ is a fun filled road movie. Salim Kumar is playing a major role in the movie. The actor recently shared a photo taken with Sunny from the movie’s sets.

The story of ‘Rangeela’ is reportedly set around a group of people’s journey from Goa to Hampi. Although Sunny’s character will be present throughout, she won’t be having any Malayalam dialogues. She plays the role of a south Indian diva in the movie. She will also be performing a special dance number in the movie. Aju Varghese and Hareesh Kanaran will also be seen in key roles.

The story of ‘Rangeela’ is written by Jayalal Menon, who is also the producer. His own banner Backwater Studio is producing the movie jointly with Fairytale Productions. It will be distributed by One World Entertainments. The makers have planned to shoot the movie extensively in various locations in Goa, Kochi, Hampi and Chikmagalur.

Prithviraj’s 9 opens to positive audience response
Confirmed: Syam Pushkaran’s next is with Dileesh Pothan
To Top