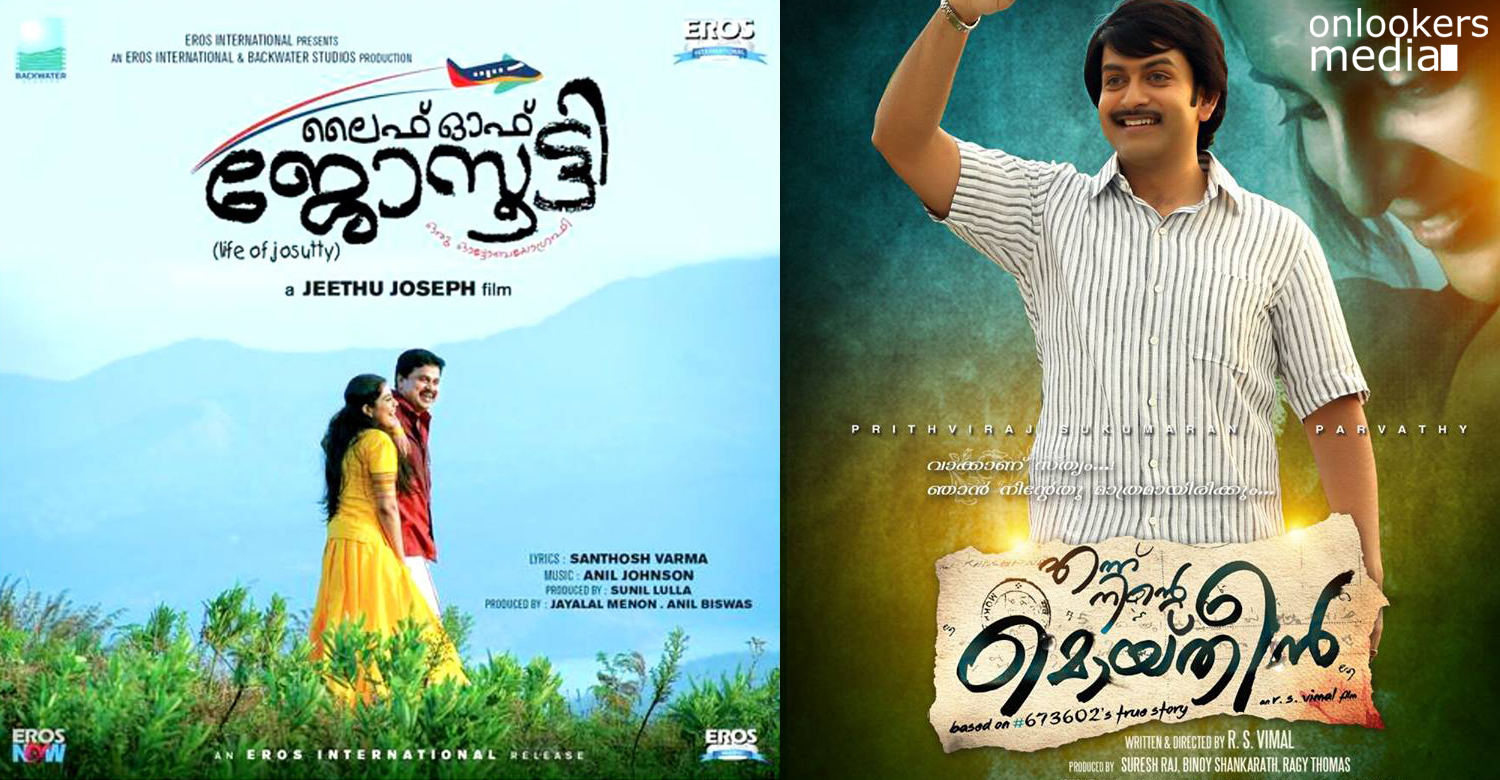 Malayalam film industry again going to a critical stage after recovering somewhat from a deep slump in the first part of this year. After a disastrous start Mollywood had risen from ashes with success like Oru vadakkan Selfie, Bhaskar the rascal, Ennum Eppozhum, Premam, Loham, Kunji Ramayanam etc. Mollywood was eagerly waiting for the releases like Life of Josootty and Ennu Ninte Moideen from this weekend and hoping that they will add to the success tally of this year. But things seems to going in the bad way for Mollywood as the cine exhibitors federation had taken an obstinate stand on not giving any theaters to the above mentioned films.

The main problem in the wide release of those films which is slated to release in more than 100 centers each whether it is in A class or B class theaters. The distributors had acquired the go ahead from different committees with the power to regulate the release to make wide release for their films against the cine exhibitor’s federation’s stand.

But now the cine exhibitors federation had decided to not to give their theaters for release and that had put the release of this week’s release in jeopardy. As of now they do not have a fixed date for release as the discussions are going on between distributors association and cine Exhibitor’s federation. If everything goes fine we may get the chance to see those films next week and then there will be 4 releases on next week including Pathemary and Kohinoor. But that itself will reduce the number of theaters for each film.

Wide release is a great way to decrease chance of loss for the financer and also a way to kill the effect of piracy that is destroying each and every film now-a-days. People who is against this really selfish and they don’t want the development of Malayalam cinema but only want their own growth. Exhibitors Federation wants to get all the money to themselves from the collection of big films and they do not want to share it at all with the B class theaters. Biggies like Eros International is making their debut in Mollywood which will make Mollywood grow to another level. But these kind of selfish strikes and attitude will be like letting the ones down who is investing here.

Dulquer to star in the film written by the story writer of Baahubali ?
Arthana vijayakumar to be the heroine of Gokul Suresh in Muthugow
To Top