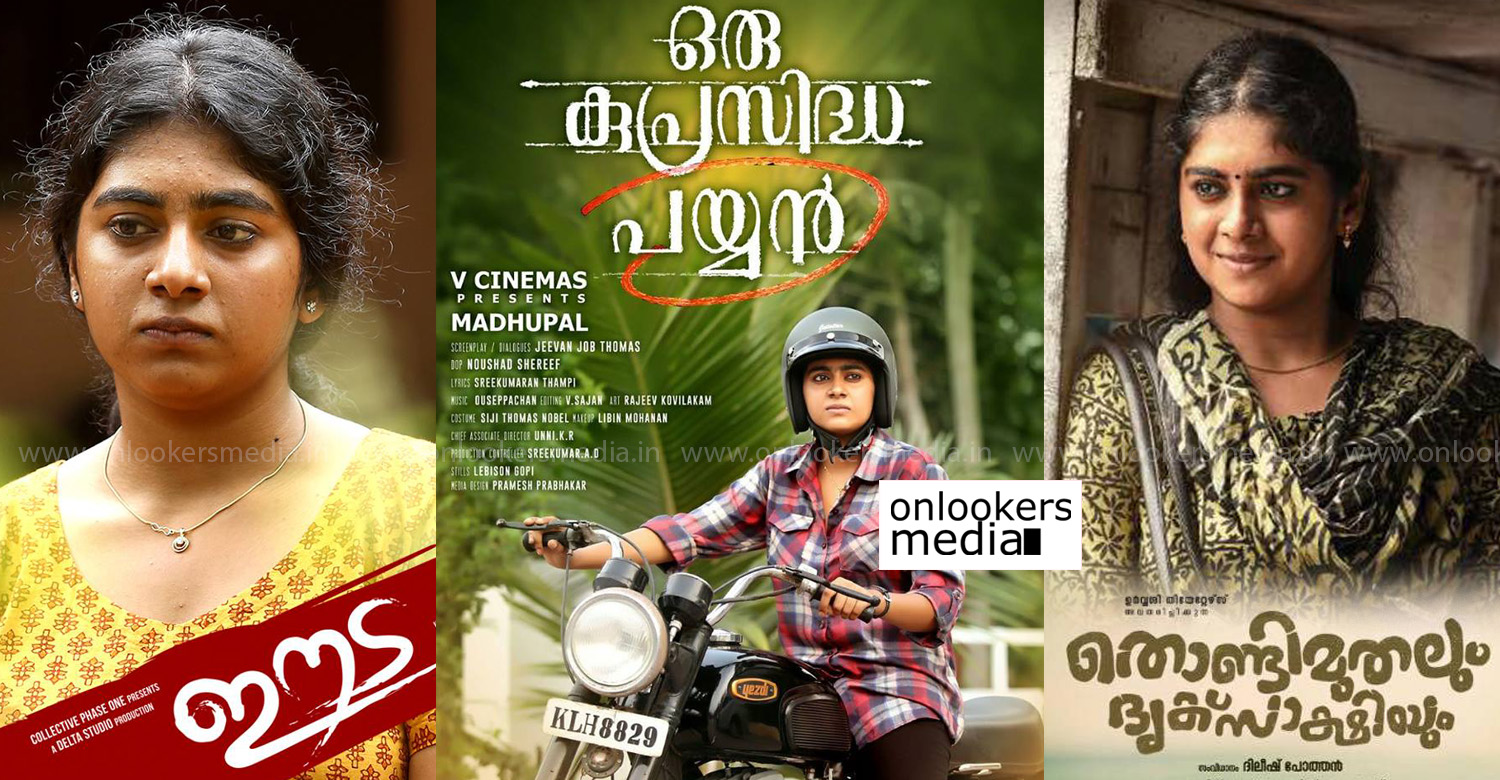 Oru Kuprasidha Payyan has the most challenging role in my career so far: Nimisha Sajayan

The three-film-old Nimisha Sajayan has made a mark for herself in the industry courtesy her her strong performances. In her debut film, ‘Thondimuthalum Driksakshiyum’, most of her combination scenes were with seasoned actors like Suraj Venjaramoodu, Fahadh Faasil and Alenicer Ley Lopez. Despite that, Nimsha managed to stand out and her performance was widely appreciated. She followed it up with another striking performance in ‘Eeda’. Though her third film, ‘Mangalyam Thanthunanena’, went unnoticed, Nimisha is back with another promising film in ‘Oru Kuprasidha Payyan’.

The Madhupal directorial has Tovino Thomas in the lead. Nimsha plays one of the female leads in the movie alongside Anu Sithara. She plays the role of advocate Hanna Elizabeth and according to her, it is the most channeling role that she has done so far. Hanna is someone who strives hard to make her own identity in her profession, which like any other field is a male dominated world. It is a bold character with a lot of emotional layers. Nimisha shares most of her scenes with veterans Nedumudi Venu and Siddique, and she enjoyed the learning experience.

‘Oru Kuprasidha Payyan’ is gearing up for release on November 9 amidst high expectations. It is a thriller centred around a murder investigation. Jeevan Job Thomas has scripted the movie based on some real life incidents. It discusses about how a commoner can be wrongly framed in a criminal case and the loopholes in our legal system. Along with the lead actors, the movie also has an elaborate supporting cast comprising of Saranya Ponvannan, Lijomol Jose, Dileesh Pothan, Sujith Sankar, Alencier Ley Lopez, Sudheer Karamana, Saiju Kurup and Balu Varghese.