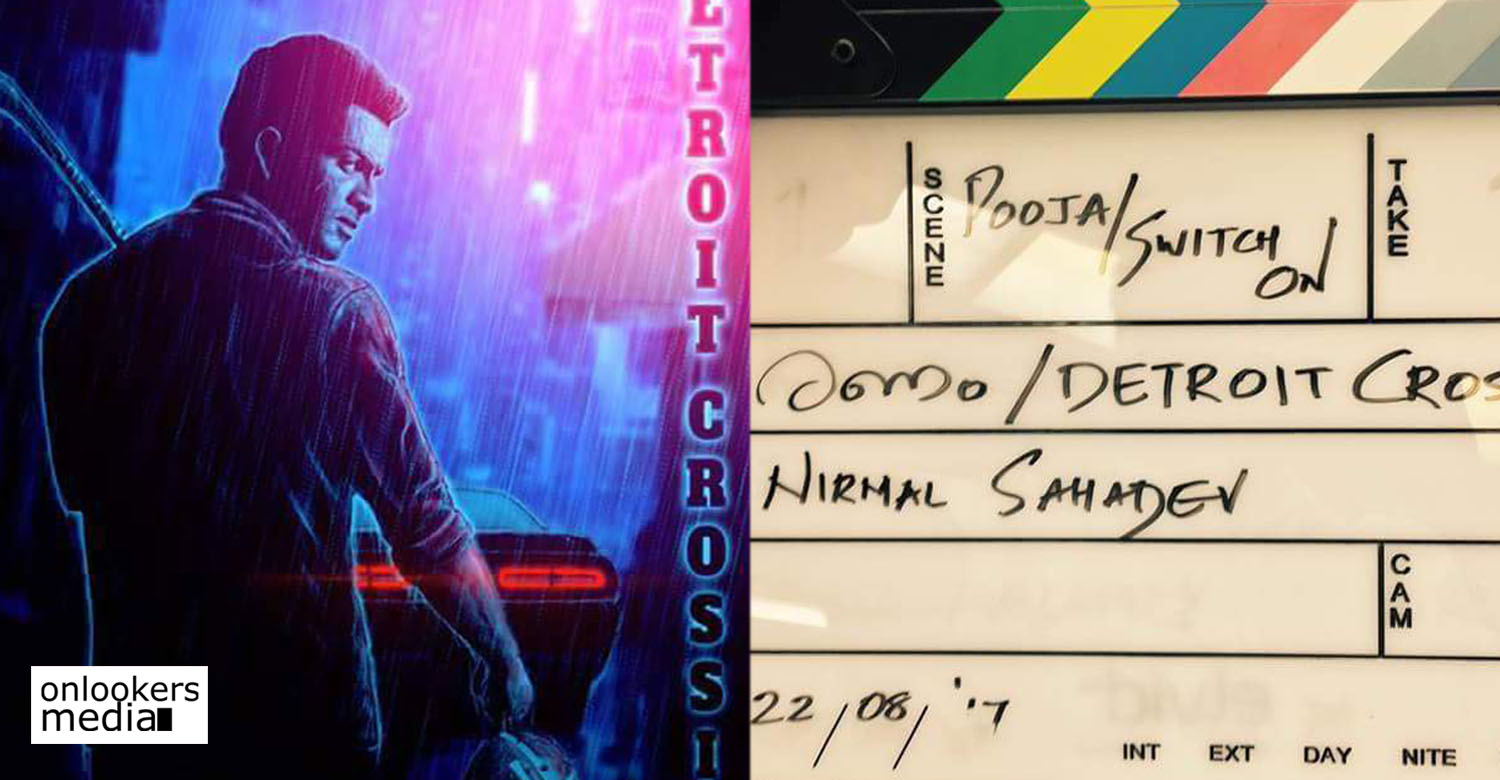 Prithviraj recently wrapped his portions for Vimaanam and has headed to the US for the shoot of his upcoming movie Ranam aka Detroit Crossing. The movie, directed by debutant Nirmal Sahadev went on floors today (August 22).

Majority of the portions of this movie will be shot in the city of Detroit, Michigan. It will explore the lives of the immigrant community in Detroit. Prithviraj plays a Tamil street gang member in the movie, which is inspired by real-life incidents. The movie’s promotion tagline itslef reads, “Has there been a Mal film that dealt with the dark, violent side of life..set amongst people living away from ‘home’?”

Prithviraj will be portraying a grey shaded role in the movie. Mamta Mohandas has been roped in as the female lead and she will be seen in an equally important role. Her’s is a very a strong and mature character that also has several shades and layers.

Ranam falls under the category of a dark neo-noir thriller, perhaps the first such Malayalam movie. The city of Detroit will have paramount importance in the plot. Since the movie is based on Tamil street gangs, the makers have also got some noted Tamil actors like Ashwin Kumar and Sampath Raj on board to play pivotal roles.

The team will be shooting for nearly 50 days in US. Ranam has most of its crew members from overseas. Cinematography will be handled by Lukasz Pruchnik, who previously worked in Fahadh Faasil’s Monsoon Mangoes. Dhuruvangal 16 fame Jakes Bejoy has been roped in to handle the music department. The movie is being produced by Anand Kumar Payyanur under the banner of Yes Cinema Company.