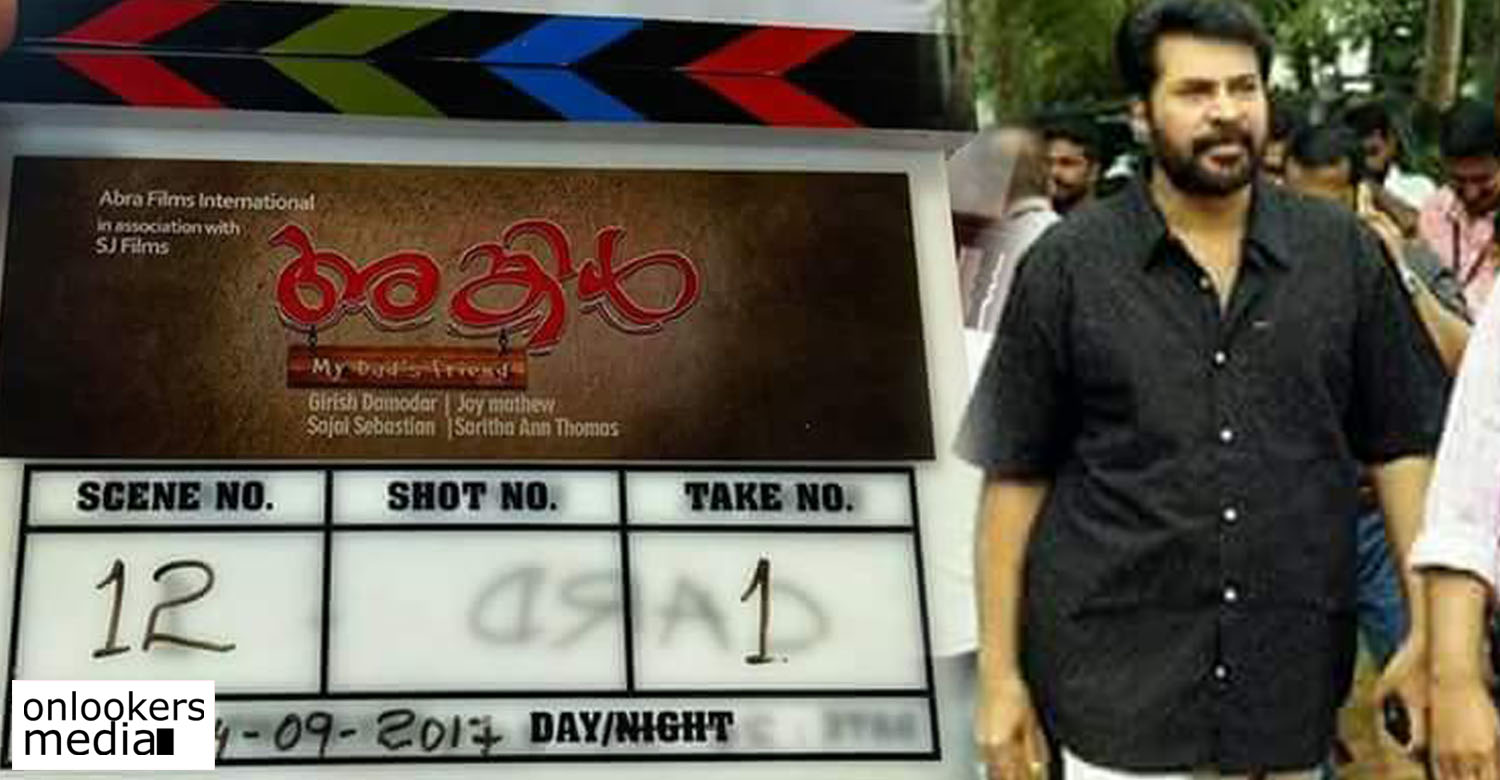 Megastar Mammootty has started shooting for his upcoming movie Uncle, directed by debutant Gireesh Damodar. The movie is written by actor-turned-filmmaker Joy Mathew. The team had a customary switch on ceremony which was done by director Ranjith.

Uncle is the second movie scripted by Joy Mathew. His debut work Shutter, which he had also directed, was widely acclaimed. The movie was screened at several international film festivals and was also remade in six Indian languages. It showcased the moral hypocrisies in Kerala’s patriarchal society.

Mammootty’s Uncle also lies on similar lines and discusses about a very relevant social issue. The movie revolves around a 17-year-old girl and her dad’s friend, whom she fondly calls uncle. The social and political setting of Kerala is of much prominence in the movie. It is about an unusual situation a family is made to face. Mammootty will be seen in a different role altogether.

Karthika Muraleedharan, who made her debut earlier this year with Dulquer Salmaan’s Comrade In America (CIA), is playing a crucial role in Uncle. The movie also stars Joy Mathew, Asha Sharath, Vinay Forrt, Suresh Krishna, Kailash, Sheela, Muthumani and others in supporting roles.

Veteran Azhagappan is cranking the camera and Bijibal will handle the music department. Joy Mathew and Sajai Sebastian are jointly funding Uncle under the banners of Abra Films International and SJ Films. Kozhikode and Ooty have been finalized as the major locations.