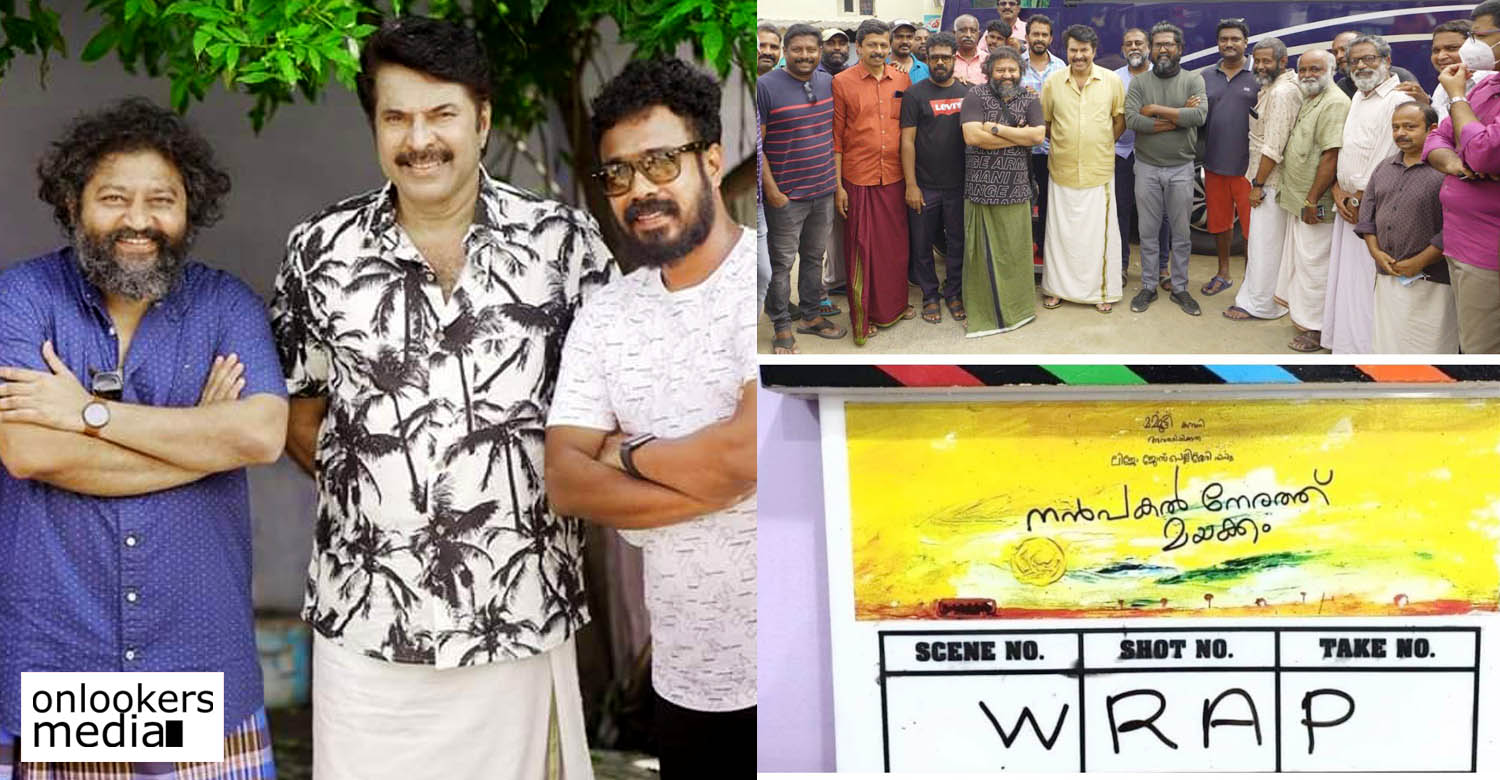 Shoot for the upcoming Mammootty-Lijo Jose Pellissery film ‘Nanpakal Nerathu Mayakkam’ has come to an end. The team successfully wrapped up the entire shoot in less than a month. Pazhani was the main location.

‘Nanpakal Nerathu Mayakkam’ has its story written by Lijo Jose Pellissery and screenplay by ‘Jallikattu’ fame S Hareesh. Though the makers are yet to reveal any details regarding the film’s plot or genre, it is said to be a hybrid attempt with dialogues in Malayalam as well as Tamil. Mammootty is said to be playing a challenging role in the film.

The megastar will be next joining the sets of ‘CBI 5’. The film, which has him reprising the iconic role of Sethurama Iyer, marks his reunion with director K Madhu and scenarist SN Swamy. Mukesh, Anoop Menon, Soubin, Dileesh Pothan, Asha Sarath and many others star in it.