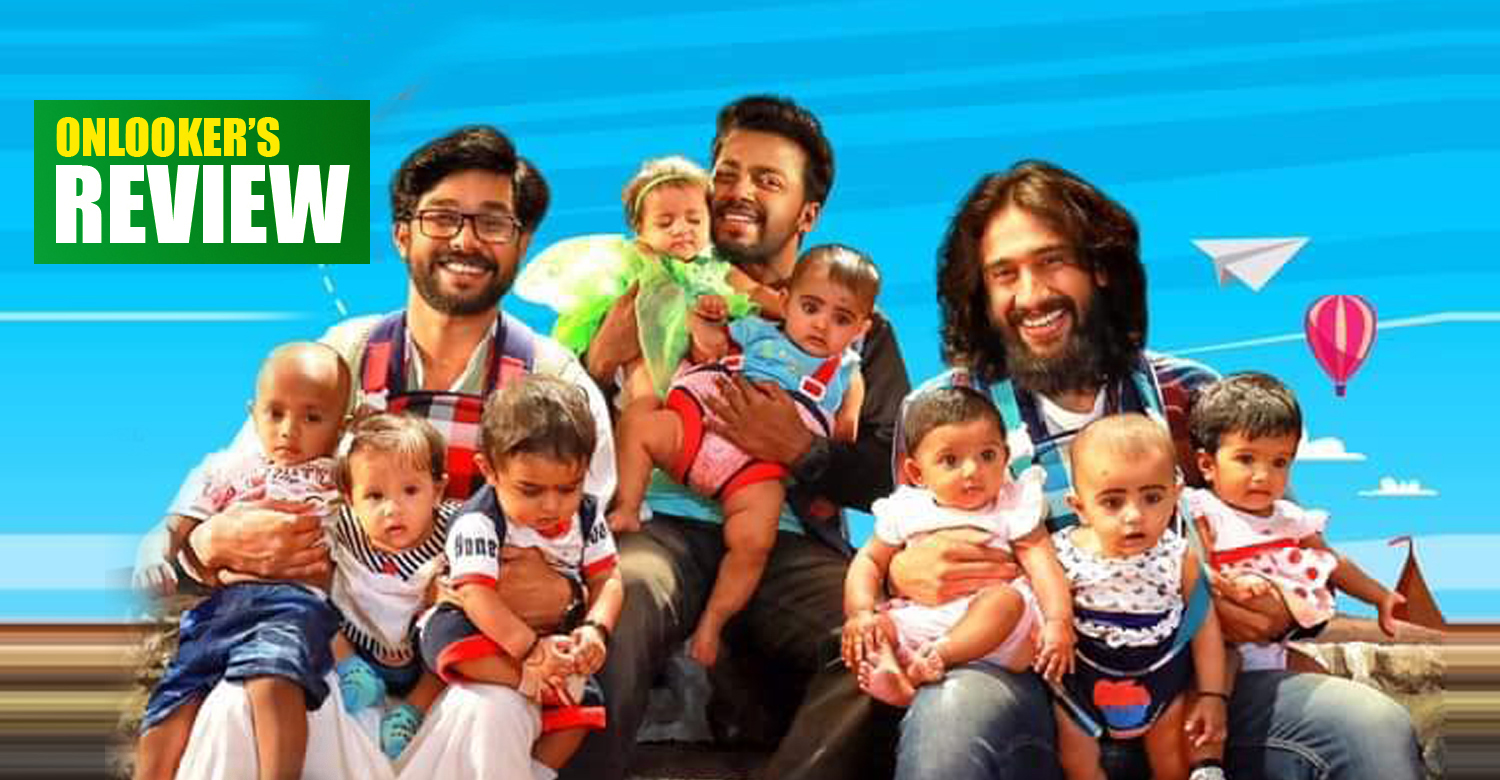 Director Shafi’s latest outing ‘Children’s Park’ starring Vishnu Unnikrishnan, Druvan and Sharafudheen in the lead has hit screens today for Eid. From the promos, the movie promised to be a full-on fun entertainer. Let’s see what it has eventually turned out to be.

‘Children’s Park’ scripted by Raffi starts off with the death of an rich and affluent businessman. In his Will document, he donates his assets worth Rs 6 crore to an orphanage. To acquire this money somehow, his younger son Rishi (Druvan) and his friend Jerry (Vishnu Unnikrishnan) set out to visut the orphanage. Upon arrival, they realize that the institution is now in shambles. Teaming up with a crooked local politician Lenin (Sharafudheen), they devise a plan to take up the orphanage and thereby secure the money. A bunch of children from the streets who are forced into begging are rescued by the trio and brought to the orphanage to give it an authentic setting. The three face several hurdles on the way and lock horns with a child trafficking gang. How they manage to solve all their problems form the rest of the plot.

Director Shafi has used his expertise in helming fun entertainers. The writing by Raffi is incoherent and wayward at times, which is majorly due to the introduction of too many subplots. However, what works for the movie is humour that is maintained throughout.

Among the three lead actors, it is Vishnu Unnikrishnan who scores well with his spontaneity and smart timing. Dhruvan takes care of the action part and Sharafudheen is effective in a meaty role. The movie also has three heroines in Manasa Radhakrishnan, Gayathri Suresh and Soumya Menon. Hareesh Kanaran, Joy Mathew, Noby, Sreejith Ravi, Sivaji Guruvayoor and Raffi are part of the supporting cast. On the technical front, Faisal Ali’s cinematography is loud and colorful, just like what one would expect from an entertainer like this. Editing could have been bit more crisp as the movie runs close to three hours and add to that, there were notable continuity errors in quite a few scenes.

Overall, ‘Children’s Park’ is worth a watch for the families for its offers plenty of homour. It’s a simple entertainer where you can relax and have some good laughs.