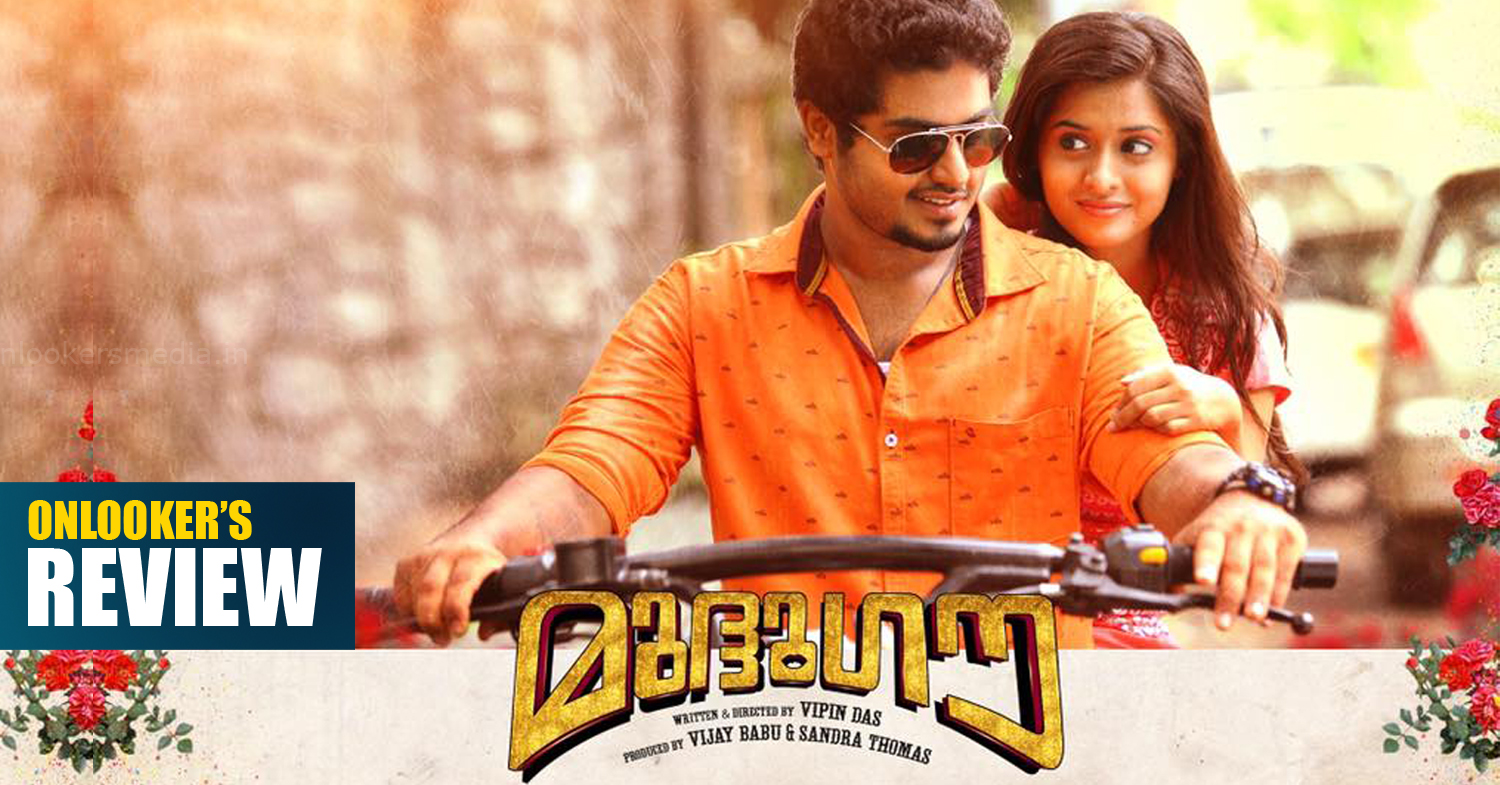 Mudhugauv aka Muthugow is the main release in Mollywood this Friday. The film is written and directed by newcomer Vipin Das and it was produced by Friday Film House and Carnival Motion pictures jointly. The film got all the attention for two reasons. One is that it is coming from Friday Film house who always supported newcomers and gave us some really different films. The second one, which is the biggest reason for the anticipation on this movie, is the debut of Gokul Suresh, Son of Super Star Suresh Gopi. Along with him Arthana Binu, daughter of actor Vijaya Kumar also making her debut in it as the female lead. Vijay Babu also plays an important role in this flick and that too with a negative shade.

The film is said to be a cape thriller revolves around the characters played by Gokul Suresh, Arthana and Vijay Babu. Gokul Suresh plays a character named Bharath who falls in love with Ganga played by Arthana. He has a peculiar habit of kissing the person nearer to him when he is happy or tensed. The film begins with the introduction of Rambo played by Vijay Babu who is a don. But Bharath’s this peculiar habit of kissing lands Rambo in trouble one day and the film shows us how Rambo tries to resolve the issue and how Bharath and Ganga move forward with their love life. Soubin and Haarish played Kumbari and Puthari, who also played key roles in the film.

Debutant Vipin Das had made a mark in our industry with his first film itself. As a writer and director he had done a great job with this film Mudhugauv. He narrated the subject in a different way which is not a usual way of narration in Mollywood. The film is a romantic comedy and thriller at the same time. There are many characters and each are connected with one another hilariously. The screenplay is too good and really entertaining. Vipin Das succeeded in bringing out the best from debutants like Gokul Suresh and Arthana. The dialogues were also hilarious and spontaneous.

The performance of Gokul Suresh was superb and he never made the audience feel that he is making his debut. He was cool and charming with a great smile. At many places his body language reminded us his father Suresh Gopi. Arthana Binu also done a good job with Gokul Suresh. But the real show stealers were Vijay Babu, Soubin Shahir and Kanaran Harish. Soubin Shahir and Harish were superb with their hilarious one liners and Vijay Babu put up a superb show with his Rambo style villain character. Artists like Indrans, Baiju etc also done a great job.

Rahul Raj’s music was cool and the background scoring was very good as well. Kugan S Pillai had cranked the camera and this debutant had succeeded in giving some great visuals. Lijo Paul’s editing was another plus point of the film as his cuts had given a very good pace to the film and it never created a lagging effect.

In total, Mudhugauv is a total entertainer with comedy, romance, thrill etc and will be perfect entertainer for Youth and family audience alike.