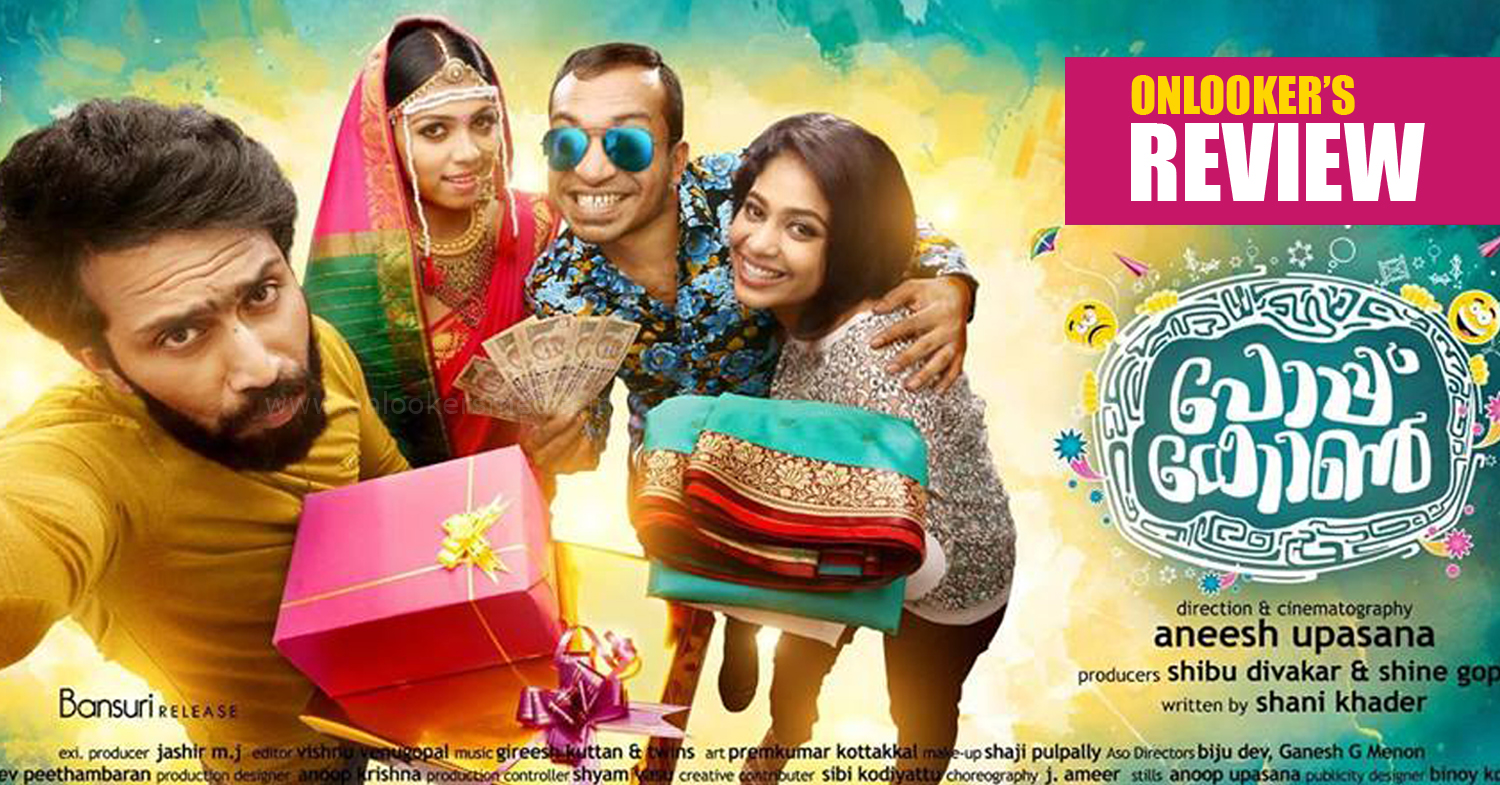 A film had started its filming with the title Kinder Joy and now hit the screens today with the title Popcorn. The plot of the movie revolves around the characters named Kinder, Joy, Sharon and Milton. The character played by Srinda loves a guy named Rahul and after giving her his word that he will marry her, the guy become absconded.

The plot of the movie revolves around her attempt to find that guy and for that she travels to Nasik from Kerala. Kinder played by Shine Tom Chacko and Milton played by Soubin Shahir also accompanies her to assist her in this matter after Kinder receiving money from her for their assistance. Will they find Rahul there ? What are the problems waiting for them there ? Who is Rahul and what happened to him ? The film gives us the answers to the above questions.

We have to say that this film is all about some clumsy sequences (they call it comedy), some foolish situations (they believes that it is called twists) and some scenes which is against women. There is nothing else in this movie and nothing at all. Through the movie Ithihasa, Shine Tom Chacko had got some popularity here in Mollywood. But it seems that he will ruin all that with his movie selection.

With his two recent movies including this one named Popcorn, he is making the audience to run away from theaters in which his film is showing. He can become a good actor if he realizes his mistakes, that’s all. Soubin Shahir who has a neat share of audience wont last long in Mollywood if he commits movies with no stories , no logic or no sense of humor like this one .

There is nothing in this film to say as a positive thing. The makers and the ones who performed in it really made it a crap and sometimes what is going on the screen is just unbearable. It seems like they all are competing with each other to make people mad. We still wonder that why producers come and from where they comes to produce such useless movies. We also have a request to director Aneesh Upasana that please don’t make such movies and don’t kill Malayalam cinema like this.