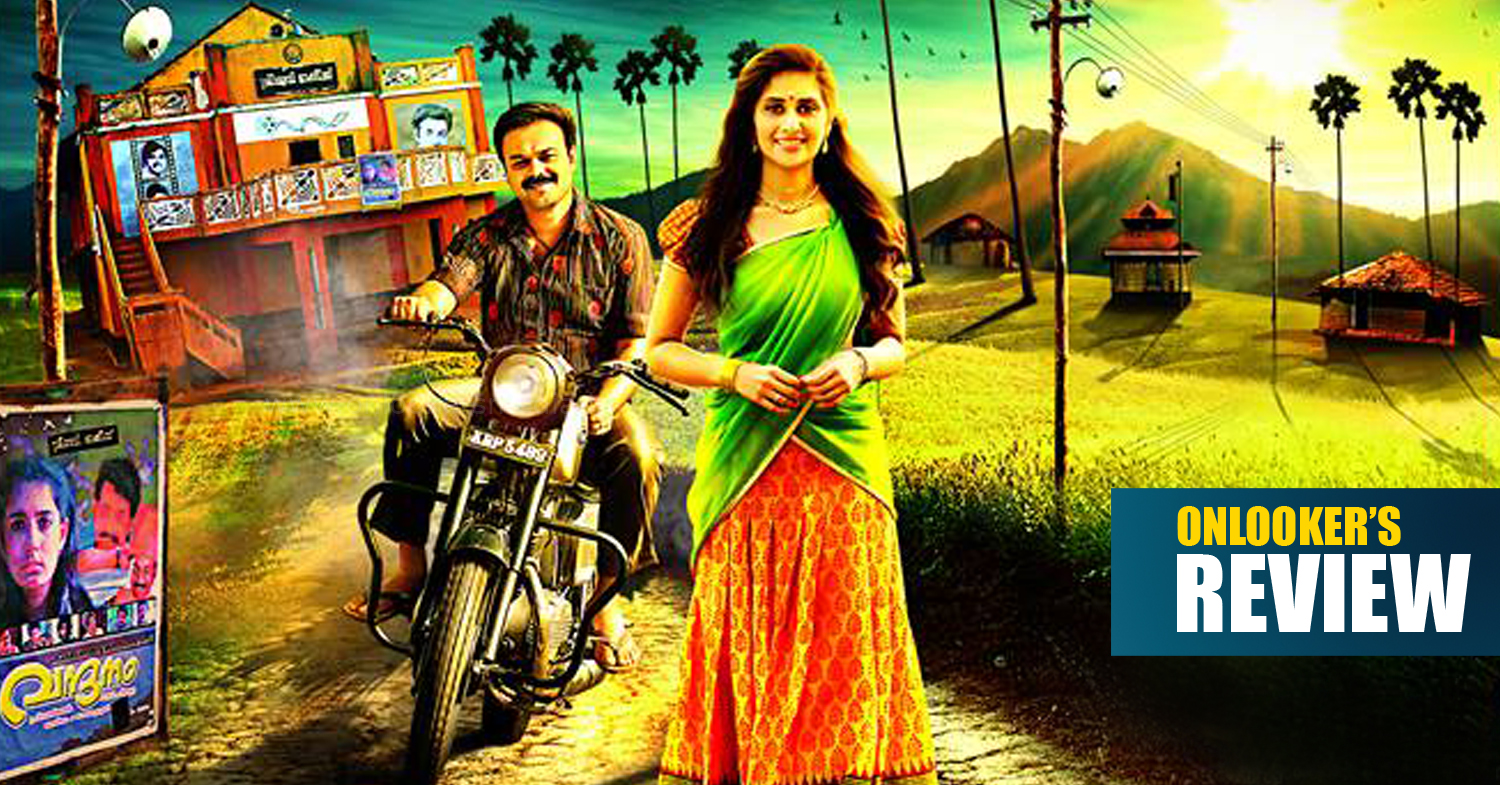 The latest release in Mollywood is Valleem Thetti Pulleem Thetti aka Valliyum Thetti Pulliyum Thetti, which came from a debutant director named Rishi Sivakumar. The director had written the film as well. Kunchacko Boban plays the male lead in this film and the anticipation factor was another one. It is the debut of Shamili as heroine in Mollywood. Even though she had acted in a number of films here as child artist once, this film will be her first one here as a heroine. The trailer, songs and also the unique posters of the film had got great attention in social Media circles and created a level of expectation for the movie.

The story is set in the period around 1990’s. The plot revolves around a c-class theater and also a 10 day long festival in a village. The lead characters in this film is played by Kunchacko Boban and Shamili. Kunchacko Boban’s character is a projector operator at C Class theater named Sreedevi Talkies in a village named Peruvathukadavu. He is in love with a girl named Sreedevi as well who is a daughter of a landlord in that village popularly known as Bhagavan. Sreedevi talkies running in loss and the owner of the talkies, Madhavan (Renji Panicker) has to borrow money from Bhagavan (Suresh Krishna) to run the theater. So the plot revolves around Vinayan’s love affair with Sreedevi and their efforts to stop Bhagavan from getting that theater from Madhavan.

Rishi Sivakumar is made a decent debut as a director but something was missing somewhere. While watching the film we can see the inexperience of him as there were many portions in the film where the director loses his control over the narration. He had successfully presented a different background to the story but failed to make the audience to come fully in to that story. The screenplay raised only to an average level as there was many continuity issues between scenes and sometimes logic was not there as well. But there were some good moments too as some dialogues written by him for character like Gagan played by Krishna Shankar was hilarious.

When it come to the performance, Kunchacko Boban sizzled in dance and romance sequences. But he did not had much scope to perform in the movie. He looked younger and more energetic this time. Shamili really seemed like a miscast and she never lived up to the expectations with her performance. Her makeup was too heavy and it had affected the viewing experience while watching her performance on screen.

But the show stealers was Krishna Shankar aka Kichu who played the character Gagan. He was hilarious at many parts and got the applause from the audience. Aneesh G Menon also had done a great job after Drishyam. With his different look and dialogue delivery style he got the applause from the audience. Both Manoj K Jayan and Suresh Krishna had done a very good job as Neeru Rajan and Bhagavan. But Sreejith Ravi disappointed with a shabby performance. The screenplay had let him down we think. Renji Panicker, Mia George, Saiju Kuruppu etc also done a decent job in the film.

Kunjunni S Kumars visual was good at parts. But there are problems regarding the lighting and it affected the visuals. Soorej S Kuruppu was another find of this film. His music was so cool and romantic. The songs will remain in your heart even after you leave the cinema Hall.

On the whole, Valleem Theti Pulleem Thetti is one-time Watchable flick, which will not disappoint you if you go to the cinema hall with zero expectations.