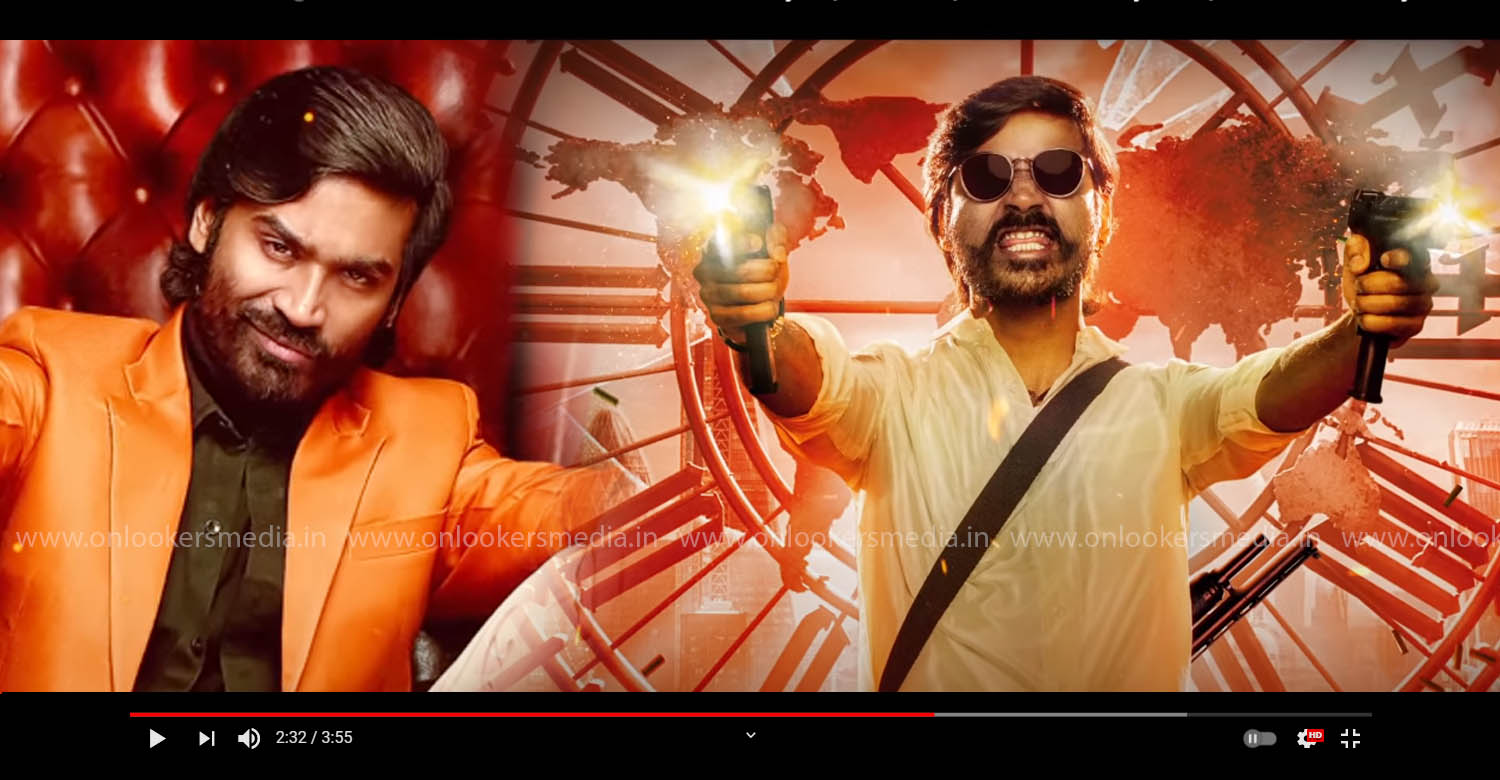 The makers of ‘Jagame Thandhiram’ have released the full music album online. This Santhosh Narayanan musical has a total of 8 songs and three theme music. Dhanush, Arivu, Anthony Dasan, Dhee, Meenakshi Elayaraja and OfRo have lent their voices to the songs in the film. ‘Naan Dhaan Da Mass’ sung by Arivu and OfRo is Santhosh Narayanan’s favorite song in the whole album. He has tweeted it in his official handle.

‘Jagame Thandhiram’ directed by Karthik Subbaraj is an action-packed gangster film. Dhanush plays a character named Suruli, a small-time thug based in Madurai who later becomes a gangster in London. Aishwarya Lekshmi and Sanchana Natarajan are the two female leads.

Hollywood actor James Cosmo, Joju George, Kalaiyarasan and many others are part of the cast. The core technical team comprises of Santhosh Narayanan, cinematographer Shreyas Krishna and editor Vivek Harsha. S Sashikanth of Y Not Studios is producing the film, which is scheduled for a direct Netflix release on June 18.

The Family Man Season 2: Samantha thanks action choreographer Yannick Ben for pushing her to perform all the stunts on her own
Taapsee Pannu, Vikrant Massey and Harshvardhan Rane in Haseen Dillruba; Watch teaser here!
To Top