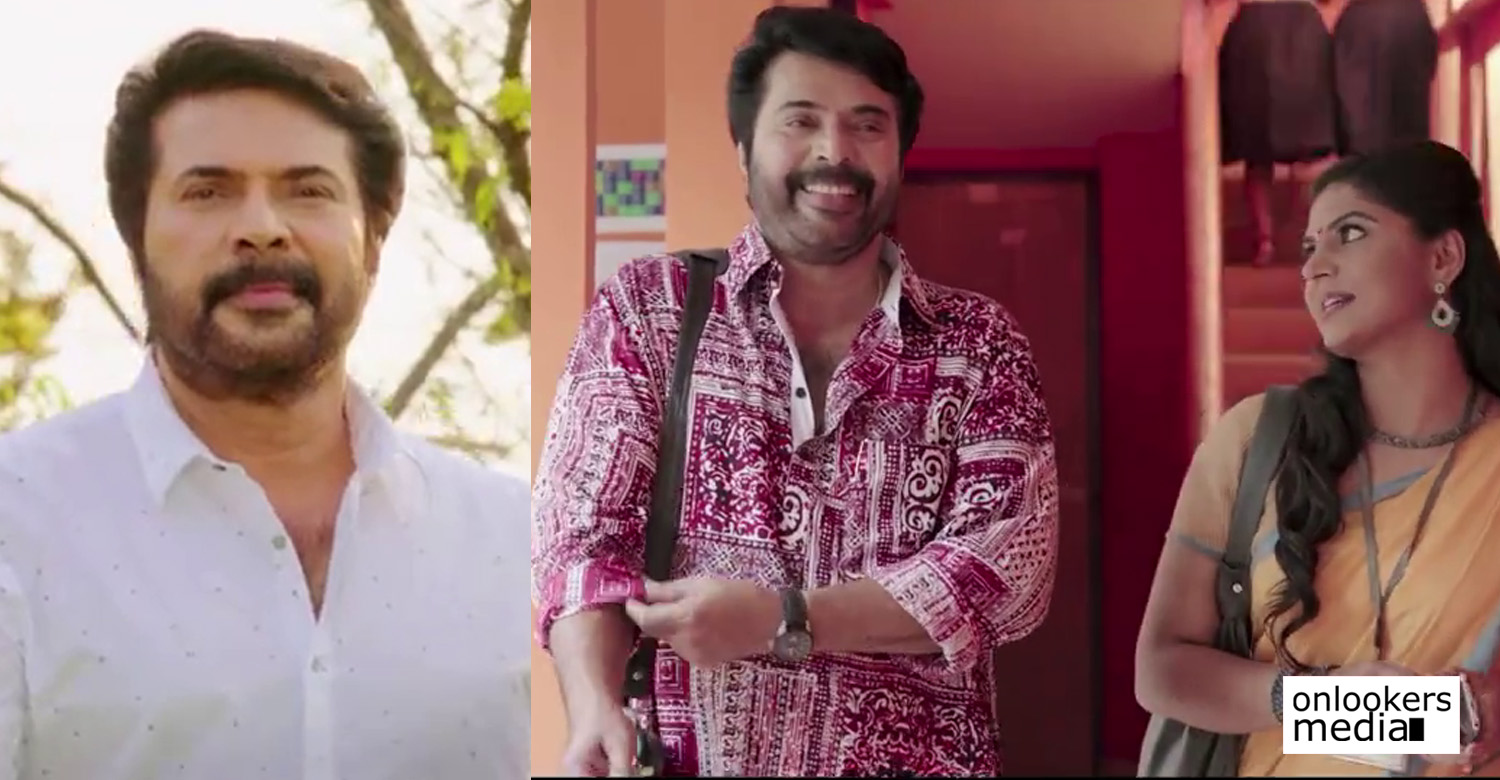 Megastar Mammootty’s Pullikkaran Staraa is all set to hit screens this Friday (September 1). The much awaited trailer of the movie has been released now by the makers. The movie directed by 7th Day fame Shyam Dhar promises to be a fun filled entertainer, a kind of film that the audience will be looking forward to watch during this festive season.

Mammootty is playing the role of an instructor in a teacher training institute in the movie. His character named as Rajakumaran is an Idukki native who comes to Kochi after he lands a job in a government institute. Nee-na fame Deepti Sati and Asha Sharath play the female leads.

Here is the Much Awaited Official Trailer of Pullikkaran Staraa 🙂

Pullikkaran Staraa is written by debutant Ratheesh Ravi. The movie’s core plot is centred around the events occurring after Rajakumaran reaches Kochi. He is a very jovial person who considers every student of his as a child. Rajakumaran’s students love his lectures as he connects and explains everything with an interesting anecdote. He is a fabulous story teller and the film will reveal the reasons for the same.

Asha Sharath is also playing the role of a teacher in this movie. Alencier Ley Lopez, Dileesh Pothan, Hareesh Perumanna, Innocent and many others are also part of the cast. Vinod Ilampally has cranked the camera. M Jayachandran has composed the songs and Gopi Sunder is handling the background score. B Rakesh is producing this movie under the banner of Universal Cinemas.