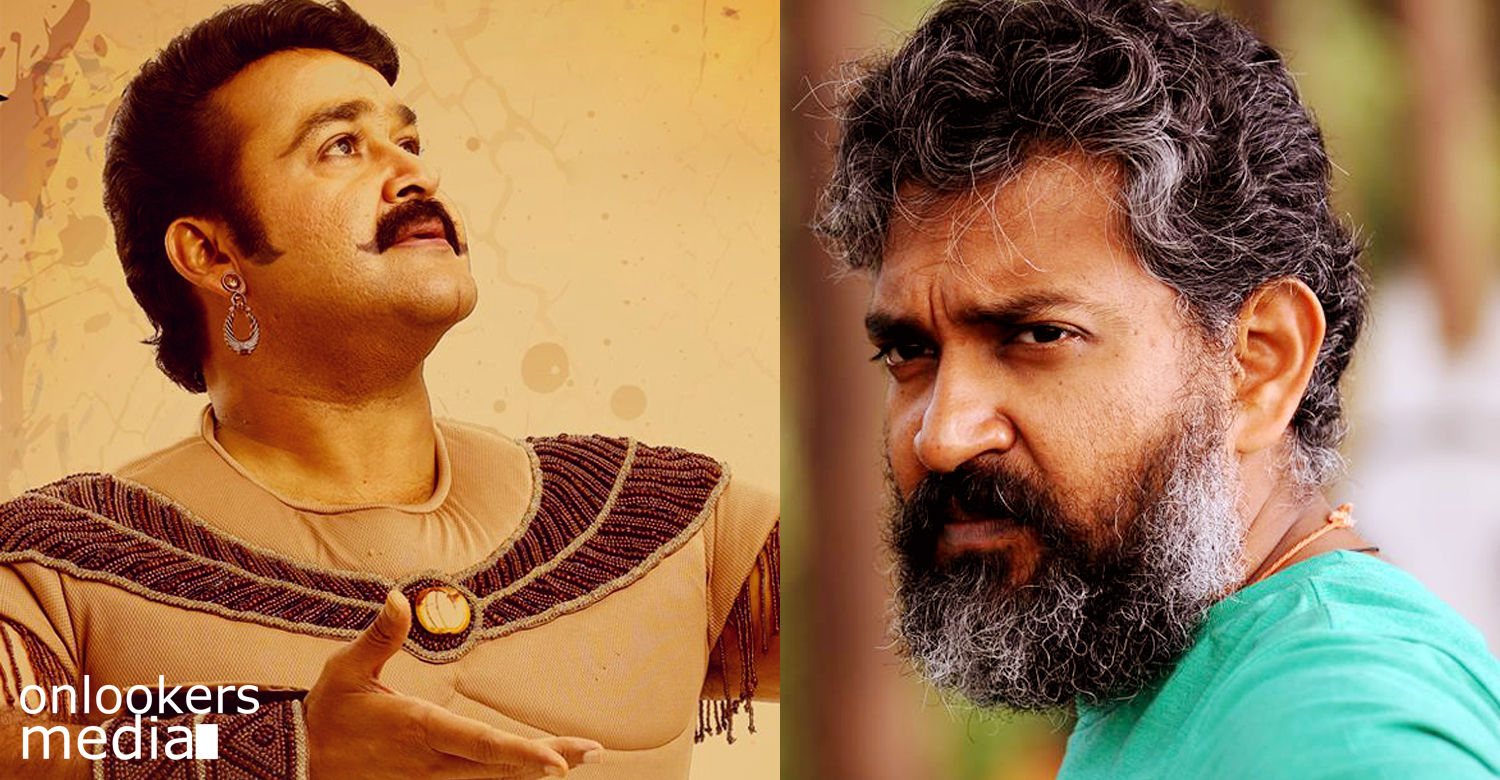 Now the biggest news that doing its round in social media platforms all across India is the reports about SS Rajamouli’s next venture after the completion of the second part of Baahubali which is going on now. After the release of the Bahubali-The conclusion, reports says that Rajamouli will begin the work of his next venture which is said to be something very very big indeed. As per sources it will be a 1000 crore budget film and the title of the film will be Garuda. But there is now another report also coming in that God’s own Superstar Mohanlal will play a key role in that film.

As of now there is no official confirmation about the news and it will be regarded only as a rumor. But some sources says that there is high chance that this will be happening. There was a report which came earlier that Rajamouli is doing a film with Mohanlal in the near future. The report had come from sources close to Mohanlal and they even declared that Mohanlal- S S Rajamouli project is on its pipeline and its official confirmation will come soon as the details of the project is finalized after the completion of Baahubali series by SS Rajamouli.

SS Rajamouli when came to Kerala for the promotion of Baahubali had admitted before the Media that he is a big fan of Mohanlal and always astonished by the subtlety he brings in while playing characters. He also said that Mohanlal is one of the greatest actor ever to grace the screens in India and he always wanted to do a film with Mohanlal playing the lead role in it. Almost 15 years ago he planned one too with Mohanlal in the lead and made some sketches for that as well. But due to some technical reasons at that time it didn’t happened and that sketches were later used for a song sequence in the film named Kilichundan Mambazham by its art director Sabu Cyril who is the project designer of Baahubali as well.

From that time Rajamouli is waiting to get Mohanlal in one of his films and now it seems that this magnum opus Garuda will unite these greats together for the first time. The greatest actor in the country with the best director and that too in the biggest film ever in India. It will be a wonder on silver screen for sure, if it happens.

Rajeev Ravi-Dulquer Salmaan new project Kalippu ?
Mohanlal to do the role of Bheema in SS Rajamouli’s Garuda ?
To Top