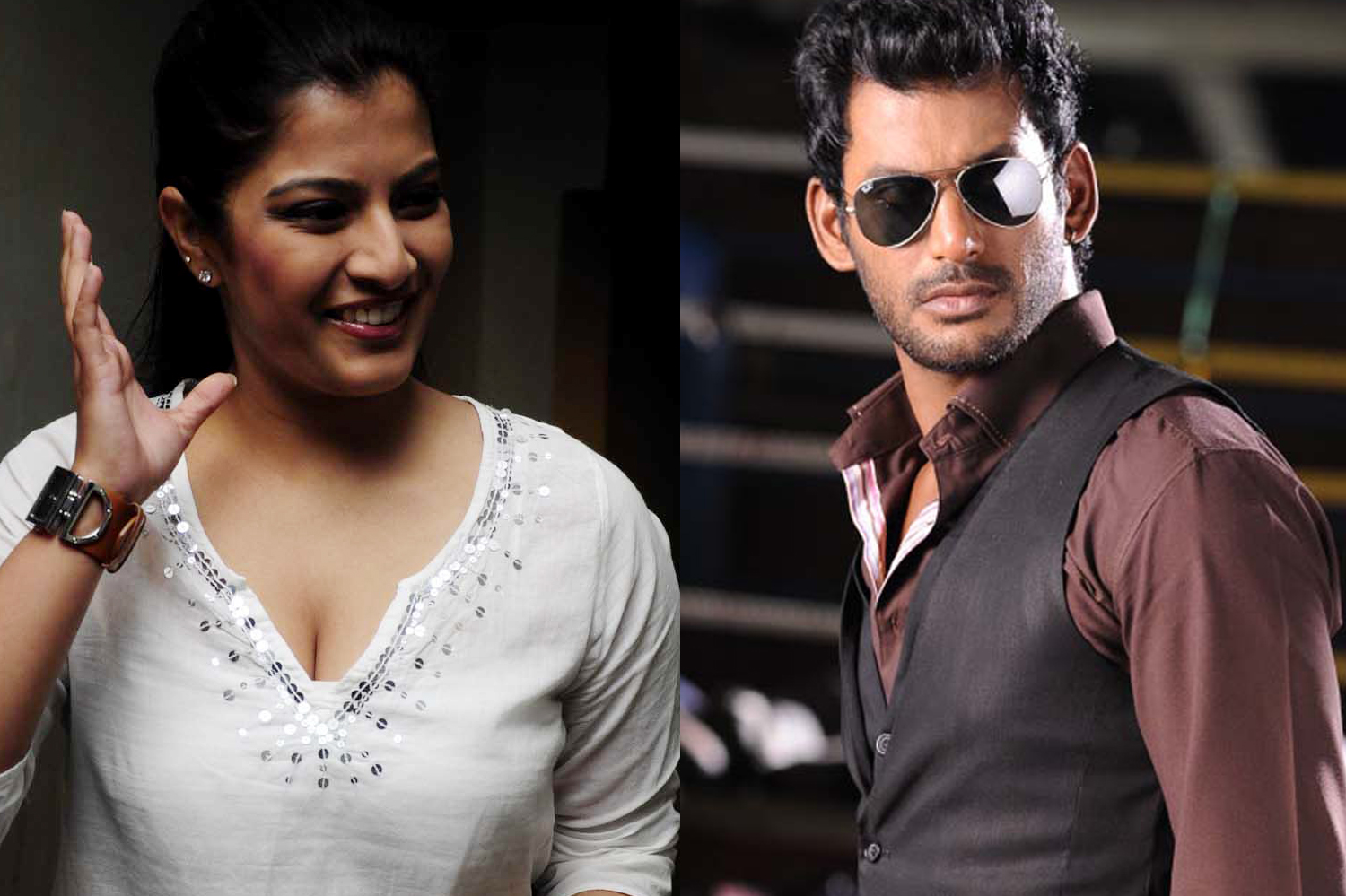 There is an ongoing rumour that the actor Vishal is all set to say goodbye to his bachelorhood. According to the latest reports, Vishal may tie the knot with Sarath Kumar’s daughter Varalaxmi.  There were speculations that Vishal and Varalaxmi are in a relationship. We cannot confirm anything at this point, as both sides have not addressed the rumor.

The rumour was triggered by Vishal’s comments in an interview to a magazine. Vishal was asked about Varalaxmi and he replied that Varalaxmi is an inestimable treasure to him.  It is to be noted that there is a mild tension between Vishal and Sarath Kumar. The friction between the two began with the Nadigar controversy.  Vishal found himself in a controversy after being accused of insulting the Nadigar Sangam while addressing the Vishwaroopam situation.  Many members of the Sangam including the president Sarath Kumar were upset with Vishal. He threatened to expel him from the Sangam if he continues to make such comments.

However, Vishal responded to the controversy and said that he has not affronted the members of the Sangam and that he is startled by the reaction of Sarath Kumar. Vishal claimed that a member of Nadigar Sangam even called him dog.  However, they have reached to a settlement after Vishal submitted a written statement to the association where he explained that he had no intentions to affront the Sangam. But, it is widely considered that the incident has left a bad taste in the mouths of Vishal and Sarath Kumar. It remains to be seen whether the issue will have any impact on the marriage.

Vishal Krishna is the son of G.K. Reddy and Janaki Devi and hails from Chennai. His father had financed several Tamil and Telugu movies. Vishal’s brother Vikram also works in the film industry as the producer.   He also has tried his hand at acting under the name of Ajay. Vishal made his acting debut in the movie Chellame and his talent was soon recognized. He is one of the busiest actors in Tamil film industry now. Varalaxmi is the daughter of Sarath Kumar and his first wife Chaya. She followed the footsteps of his father and made her entry into the film industry through the movie Podaa Podi. She has managed to impress everyone with her excellent performance.  If the rumour of their marriage is true, another celebrity wedding is in store for the Tamil fans.

Rajinikanth’s Lingaa in controversy
Another leaked vulgar selfies, this time of Actress Vasundhara
To Top