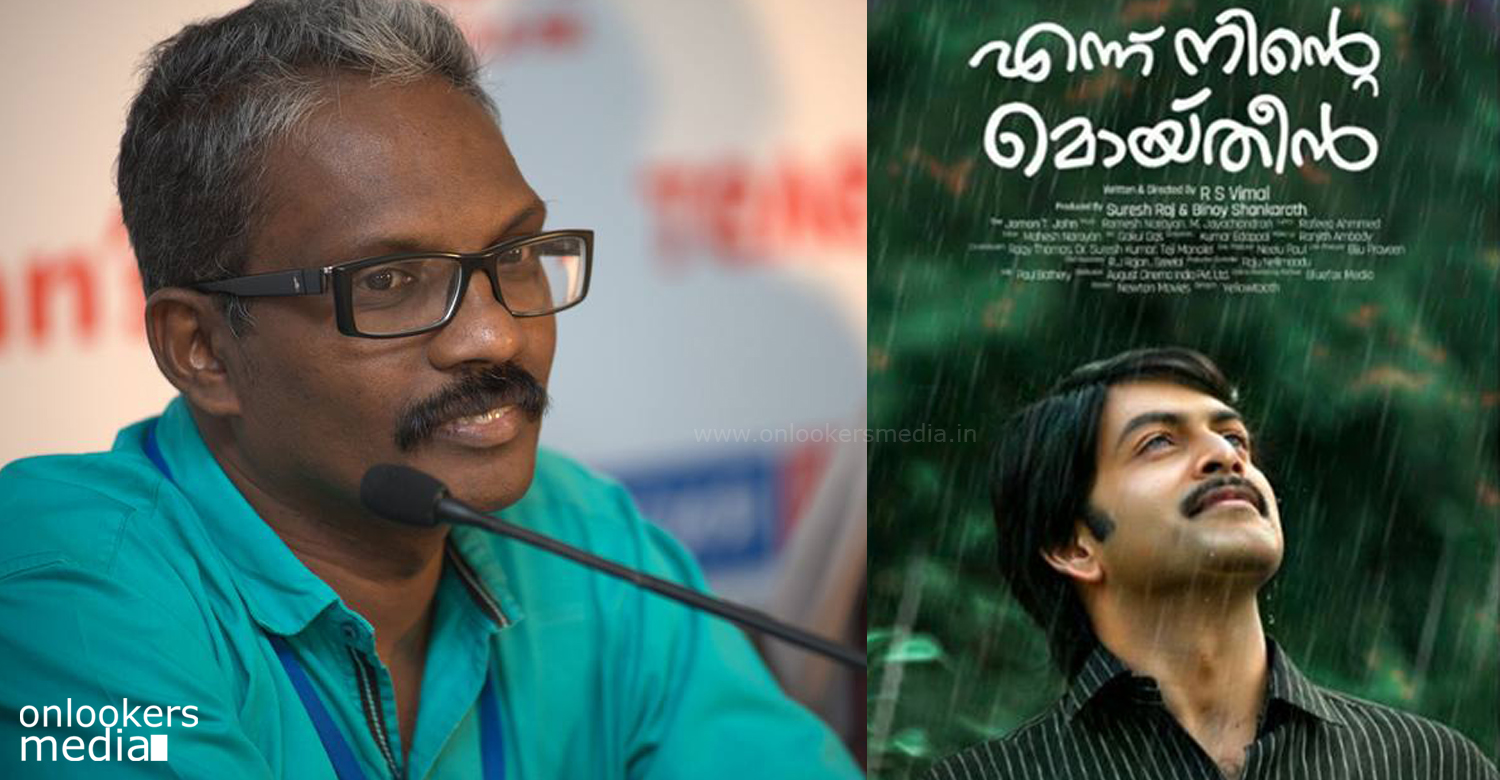 Ennu Ninte Moideen is been in the news headlines from the day of its release and it is still continuing almost after four weeks have gone past its release day. At first it made news for the great critical and audience reception it had got. Then it came to the news when it is hailed as one of the best in Malayalam film history. It also made news for the performance of artists in it and also about the thunderous financial success it has been getting in box office.

Today again the flick had made the news headline when the news came out that it has been selected in the section of IFFK named Malayalam movies today along with Pathemari and 7 other Malayalam films. The flick again topped the news headlines when the director had announced that he is going to take back the film from IFFK selection as they did not allowed it to participate in the competition section of the film festival. Now it is again making news regarding the same matter. Dr. Biju, the national award winning director this time with his Facebook status bring back Ennu Ninte Moideen to the news headlines. Dr Biju posted a status on his Facebook page and he said that a news heard that someone had withdrawn their film from international film festival of Kerala. And it is recognition which has to be appreciated. There has been lot of films here which deserves to be selected to show in the prestigious International film festival of Kerala and the withdrawal of this film will help any other deserved one to get an entry to the festival. Dr Biju at last part of his status really took a dig at Ennu Ninte Moideen by saying that even though the ones who selected the withdrawn film to the festival did not bother to think that they are selecting a film to the international film festival, the team behind the selected one has the sense to withdraw from it and it has to get appreciated.

The words of Dr. Biju really taking a dig at the selection of Ennu Ninte Moideen and he indirectly said that the film does not have the standard to show in an international film festival. Now this words of him is going to create a controversy very soon we think as it already creating one. Dr Biju always take hard stands and last year his dig at Mohanlal about a scene in Peruchazhi had created a lot of issue and in that he had to face a lot of criticism as well. In state award decisions as well he had made some severe criticisms against the jury.

Sabumon got thrown out of Take It Easy for insulting Mohanlal ?
Mohanlal changed me by refining all my bad habits says Vineeth
To Top