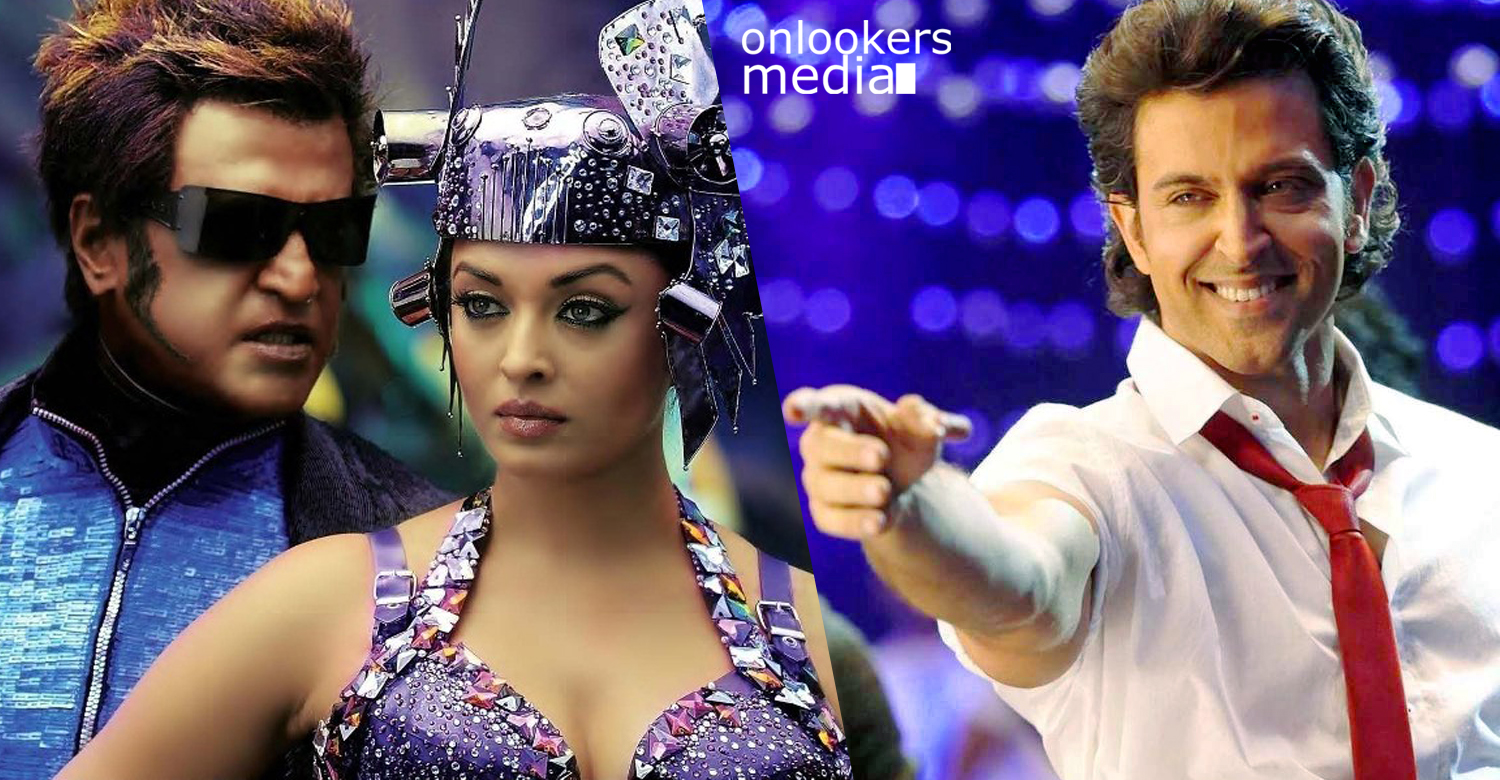 After the release and success of ‘I’ there were many rumors doing its rounds in the south Indian film industry about the next project of showman Shankar and also about the cast of the upcoming flick of him. We have heard many news about the star cast or about the theme of the film as well. As of now nothing yet officially declared by the director Shankar or anyone close to him.

In spite of all those it is almost confirmed from the industry sources that Shankar’s next will be the sequel of his biggest hit Enthiran and Super star Rajinikanth will play the lead role naturally. But the question about who will play the villain to Rajni Kanth. There were many names come out as rumour and now the latest on this list was Bollywood Super star Hrithik Roshan.

Enthiran 2 will be made using 300 crores of rupees and it will be the highest budget film ever made in Kollywood as well as in the whole Indian film industry. Shankar is all set to make a bigger film than Bahubali which is actually making the wave here. When the news of Shankar’s next film come out we heard a report that Bollywood legend Aamir Khan will play the villain in Shankar film opposite Rajinikanth and report also said that Aamir had said yes to Shankar as well.

Later it was clarified that Aamir Khan had pulled out from the film due to his busy schedule in B-Town. Then came the report that Universal hero Kamal Haasan will play the villain role in the so called Enthiran 2 and too not materialized as Kamal Haasan also withdraw from the project as per reports. Then came the news that Shankar had roped in Chiyaan Vikram who had done the lea in Shankars last film I. And everyone thought it will be the end of the rumors but it had no plans to end there as Vikram is also replaced and Shankar is trying to get Hrithik Roshan as per reports now.

We don’t know about the authenticity of these reports and it will be better to wait for the man Shankar to come out and officially tell us what is going to be his plans for the next mega project.